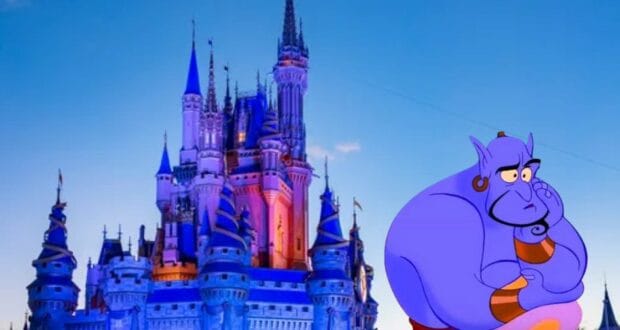 A visit to Walt Disney World Resort or Disneyland Resort can be an expensive vacation, but when an accidental $700 is charged to your credit card, chances are you would be as perplexed as this Disney Guest.

The new Disney Genie is a three-piece puzzle. The first piece of the puzzle is the “Disney Genie,” a complimentary upgrade in the My Disney Experience App to assist Guests with their day in a Disney Park.

The second piece of the puzzle is the “Disney Genie+.” Disney Genie+ took over for the former complimentary FastPass system, with Disney Genie+ now charging Guests $15 per person per day to skip the standby line for two to three attractions.

The third puzzle piece is the “Individual Lightning Lane” attractions. These are the popular a la carte attractions that are not part of Disney Genie+, but Guests can pay a set fee (which varies depending on crowd level) to skip the line for select attractions.

And while this is a confusing enough Disney experience for Guests, it would be even more frustrating if the system malfunctioned, causing charges of over $700 in payments.

@bigcox, a talented Broadway & West End Star of The Illusionists, took to social media on July 26, 2022, to share, “Disney Fans, looks like the ILL payment system is down on Genie+. It was a trip to front desk for me to get one booked. Currently showing over $700 worth of payments on my credit card though in my effort to book.” “It let me buy Genie+ at 650am but I’m also hearing that’s been out since 7.”

The “ILL” payment system the Guest speaks of is the “Individual Lightning Lane” system. At 7:00 am every morning, Guests can attempt to purchase Lightning Lane attraction access before they sell out for the day.

It sounds like this Disney Guest was attempting to purchase the Lightning Lane feature on one or more of these attractions and likely attempted multiple times… racking up the charges on his card without knowing he was doing so.

The system should have shown him he purchased the Lightning Lane passes, along with Disney Genie+ right on his phone in the My Disney Experience App.

Unfortunately, this wasn’t the only hiccup for Cox, as he later tweeted, “All Disney systems are down. Guest services say they can’t do anything to help anyone and to call back later. A very expensive day to do nothing.“

The system most definitely isn’t without fault. We are glad this Guest went to the front desk to check on the charges and hopefully was able to get the $700 in fees removed from his credit card.