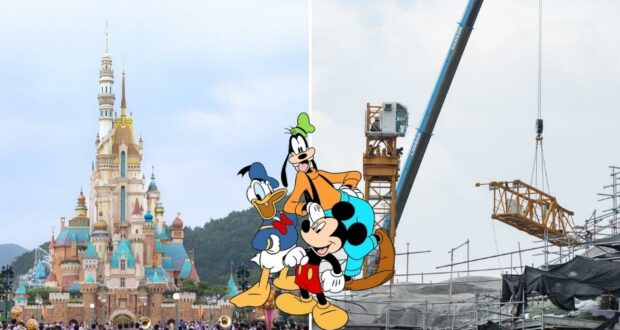 As a long-term Disney Park project makes progress, some Disney fans noted and celebrated a significant removal from the Park.

The Disney Parks all over the world are wonderful places to go to for that quintessential Disney vacation we know and love. Any Disney Resort no matter where in the world is known to be a place filled with magic. Guests flock to many a Theme Park to live out some of their wildest and even most unconventional dreams. Whether it’s the Walt Disney World Resort, Disneyland Resort, Tokyo Disney Resort, or Disneyland Paris, among others, Guests know they will always get that quintessential Disney experience. 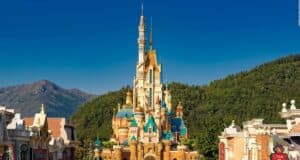 Of the various Disney properties, Hong Kong Disneyland is known to be a favorite, in particular for an up and coming project at the Disney Resort. One of the most anticipated projects, the highly immersive land inspired by Frozen (2013) coming to Hong Kong Disneyland in 2023, has many fans incredibly excited at the prospect of its finish.

In the latest update on the construction of this new Frozen land, @hkdlfantasy took to Twitter to share photos that celebrated the removal of the massive cranes used in the construction of Arendelle. The handle added that Guests would finally be able to enjoy the view of the Castle of Magical Dreams in the heart of the Hong Kong Disney Park for the first time since the Park reopened.

❄️🏗️ The last tower crane at #WorldOfFrozen has been dismantled yesterday. We can finally enjoy the view of #CastleOfMagicalDreams from Main Street, USA without huge cranes in the background for the first time since opening.#hongkongdisneyland #hkdl#disneyparks #disney pic.twitter.com/ZbX4g5BOGg

Scaffolding of Elsa’s Ice Palace at #WorldOfFrozen is being dismantled, revealing details such as the balcony, door and stairs.

❄️ Scaffolding of Elsa’s Ice Palace at #WorldOfFrozen is being dismantled, revealing details such as the balcony, door and stairs.#hongkongdisneyland #hkdl#disneyparks #disney #香港ディズニーランド #Frozen pic.twitter.com/v38wlvUPbt

As Arendelle: World of Frozen gets closer and closer to completion, fans are increasingly eager to explore the fantastic new land to enjoy everything the Kingdom of Arendelle has to offer. Arendelle: World of Frozen will also be home to Frozen Ever After, an identical version of the attraction located in EPCOT at Walt Disney World Resort, and the brand-new roller coaster Wandering Oaken’s Sliding Sleighs.