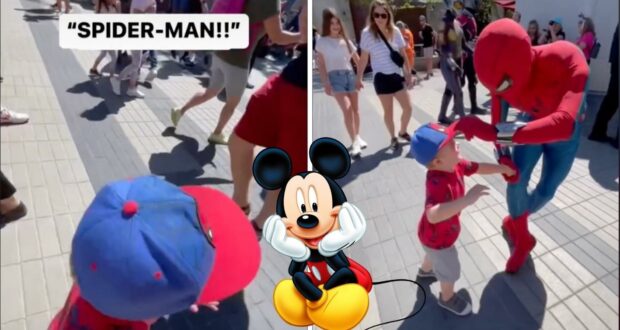 VIDEO: Child Gets To Meet His Hero in Disney Park

In a genuinely heartwarming interaction, a little boy fulfilled his dream of meeting his hero at a Disney Park, and the video is to die for.

We’ve said it before, and we’ll say it again. Cast Members truly make the Disney experience. They are the heart and soul of every Disney Park, whether during normal functioning or an emergency.

Read More: Cast Members Get Disney World Back on its Feet After Hurricane Ian Every Guest loves the chance to meet their favorite characters at any Disney Park, whether that’s the Magic Kingdom, EPCOT, Disney’s Animal Kingdom or Disney’s Hollywood Studios, at the Walt Disney World Resort in Central Florida, or Disneyland Park and Disney California Adventure at Disneyland Resort in Southern California.

And when those Guests are children, their reactions are priceless. This is exactly what happened at Disney California Adventure in Disneyland Resort.

Check out the video captioned “the most magical moment”:

In the video that has since gone viral, viewers can see a young boy run up to Spiderman and excitedly, but patiently, wait his turn to meet his hero. Spiderman is initially busy with other Guests but notices this young child and takes some time to pay him some extra attention making the little one’s day.

Initially uploaded three days ago, the video has over 1.8 million views and over 273K likes and is touching everyone who sees it. 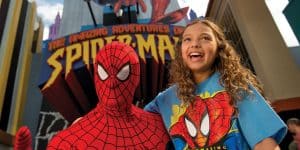 Spiderman with a kid/Undercover Tourist

@dogwud1 commented, “that was the best video of my day. he was so excited and the actor took the few minutes to create a life memory. that was heart warming.”

It was even shared to the social media platform Reddit, where people were similarly sharing their own stories of when an interaction with a Cast Member or a character made their kids’ day.

u/Armadilliloh on Reddit said, “That’s a core memory right there. He’s going to be a Spider-man fan for life.”

The Disney Cast Members are truly one of a kind and always work hard to ensure as many fans as possible get the experience they dream about. Here’s to the heart and soul of the Disney Parks!