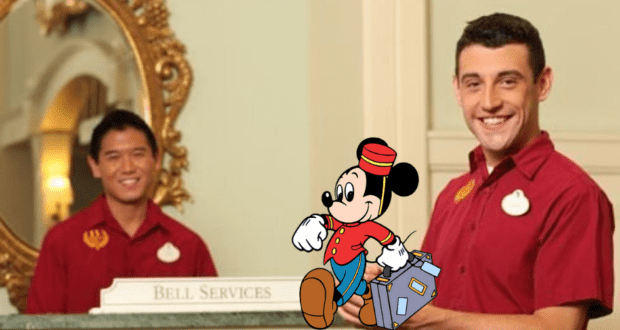 To tip or not to tip? That may be the question you ask yourself when dealing with Cast Members fulfilling their roles at specific Disney destinations. Some offerings and services come provided in part of Walt Disney Company standards and are to be expected to be incorporated into the overall Disney experience. But others do go above and beyond and are indeed worthy of showing appreciation by supplying an extra gratuity. But how do you know who does and who doesn’t get a tip? While the standards for other Disney destinations, such as the Disney Cruise Line, may have other implements in place, the rules for tipping are fairly universal in regards to both Disneyland Resort as well as Walt Disney World Resort. Here is a look specifically at the Disney World scene, highlighting which Cast Members you should consider giving tips to.

Because Walt Disney World Transportation services are offered to Resort Guests free of charge, it is not customary to pay any of the Cast Members who serve as drivers for shuttles, monorails, or boats. If you utilize any outside transportation, however, such as taxis, Uber, Lyft, or other chauffeuring services to get you from the airport to your Disney Resort accommodation, it would be rude not to tip these drivers at least 15%. The same goes for Cast Members who fulfill the role of Minnie Van drivers—an extended service Guests may elect for in getting around Disney property. 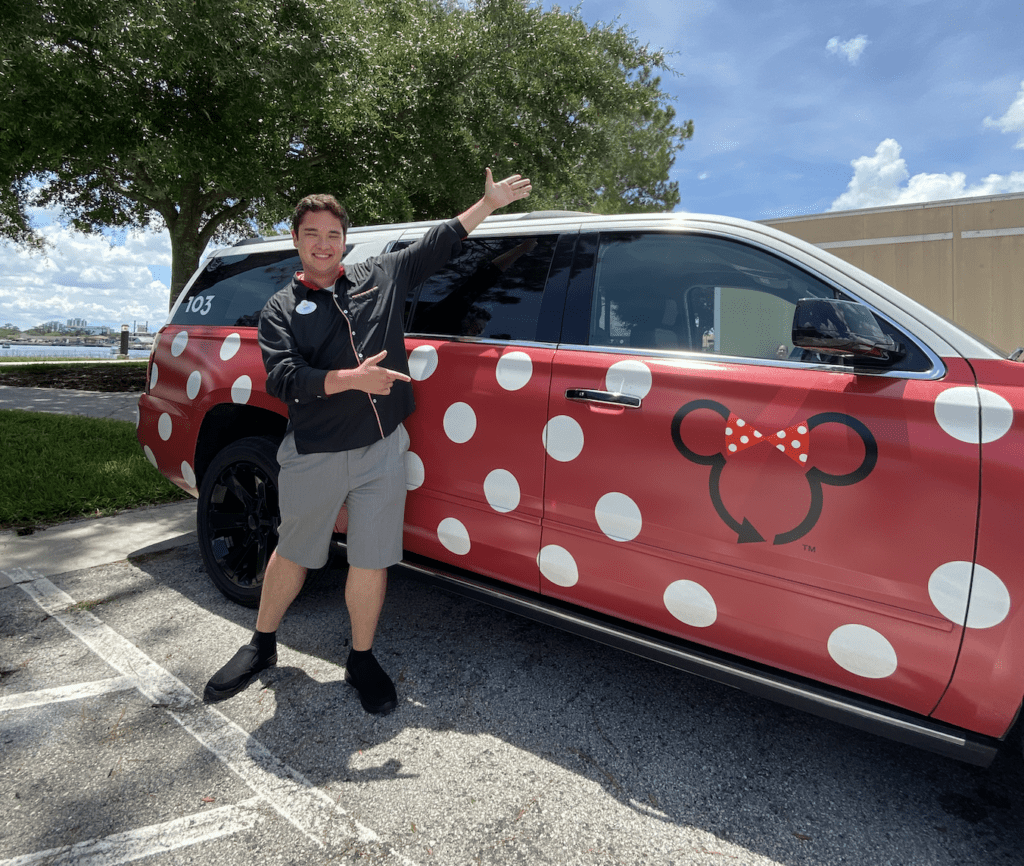 It’s pretty much standard knowledge and common courtesy to tip anyone who has helped handle your luggage at the airport. Well, the same is true for those Disney Cast Members at your Resort who may have assisted in taking any of your bags to and from your room or even keeping your luggage for you before or after checking out if you have other plans and cannot be tasked with lugging your luggage around. Even though Disney’s Bell Services are offered free of charge, it’s customary to tip them for their hard work. Not only do they handle your bags and do all the heavy lifting, but they also lend a hand in helping to bring in any grocery deliveries to your room upon request or even retrieving your vehicle from Valet Parking if you have brought your own.

Every Guest must decide for themselves just how much to tip Cast Members providing a specific Bell Service, but the general suggestion is around $1 or $2 per bag and $2 to $5 for retrieving vehicles. 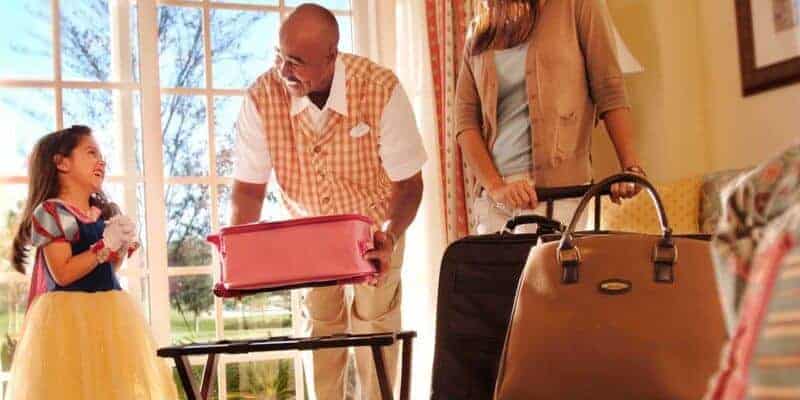 Whether you just enjoyed a relaxing massage, invigorating warm stone treatment, or just got your hair done at one of Disney’s renowned salons, it’s strongly encouraged that you tip all masseuses and stylists accordingly. This also includes those at kid-related makeover destinations, like Bibbidi Bobbidi Boutique and The Pirates League. The typical recommendation is to tip somewhere within the ballpark of around 15% to 20%. However, some keep within the dollar range and tack on an additional $10 to $20 depending on whatever services the Cast Member-provided.

Some venues will apply an automatic gratuity of 18% to 20% accordingly. Check your bill first to see if that is the case while you plan on how much extra to leave your assisting Cast Member in addition. Also, note that some salon services, like the Harmony Barber Shop at Magic Kingdom Park, only accept tips in cash amount and will not apply additional surcharges in lieu of tips requested to be applied to credit or debit cards. 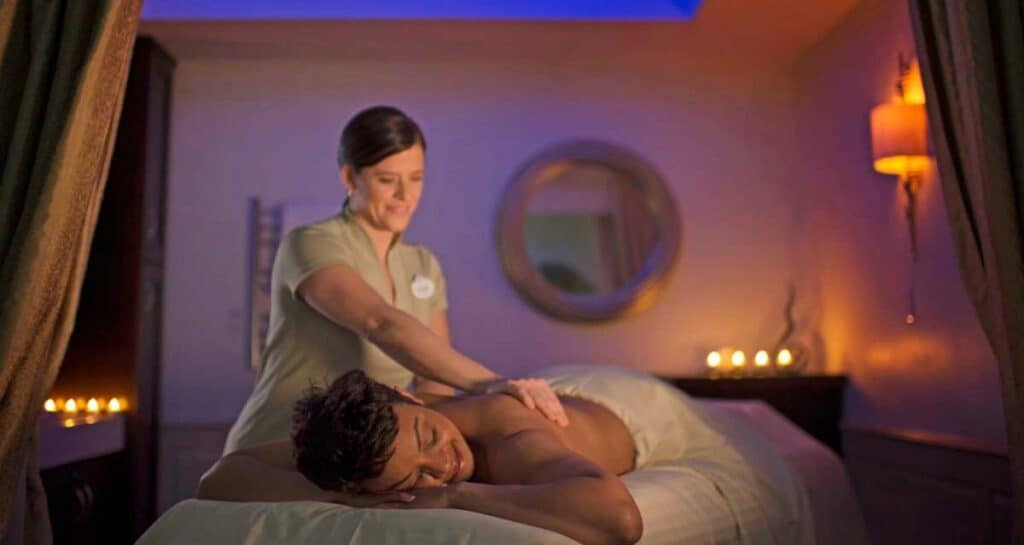 Related: The Grand Floridian Spa is Reopening This Month at Walt Disney World

If you use any of the childcare services available to you while visiting Walt Disney World, it’s only fair and rightful to tip in accordance with the specific services provided as well as in regards to the duration that such services were implemented. In most cases, you can’t go wrong doling out a generous extra $10 to $20. 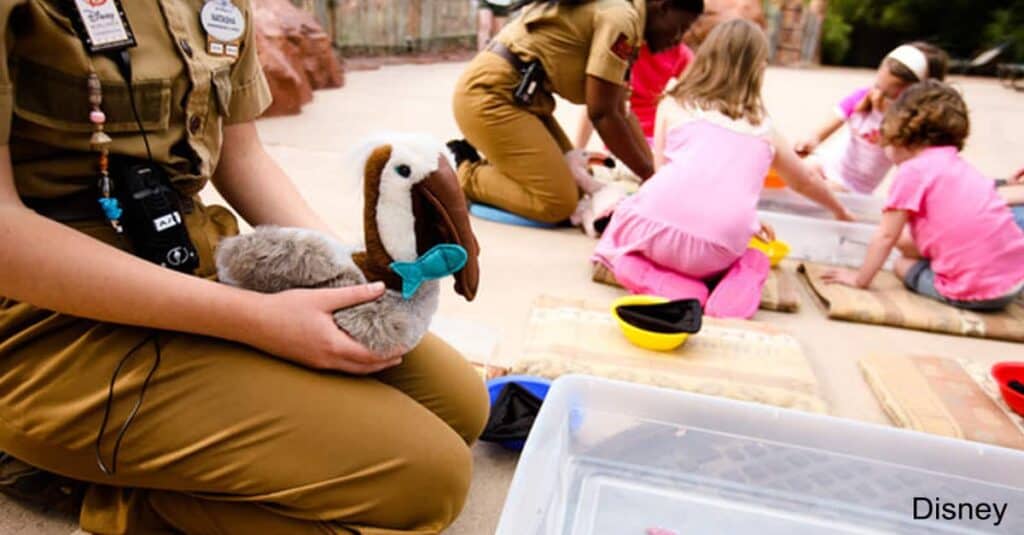 For anyone who has ever done any of the on-property extras at Disney World, such as taking private golf lessons, booking a fitness trainer, opting for a sports instructor, or even having a Cast Member boat navigator pilot your vessel, you really ought to consider a tip of at least 15% or more. Depending on the duration and depth of such services, it may be necessary to increase this baseline amount. 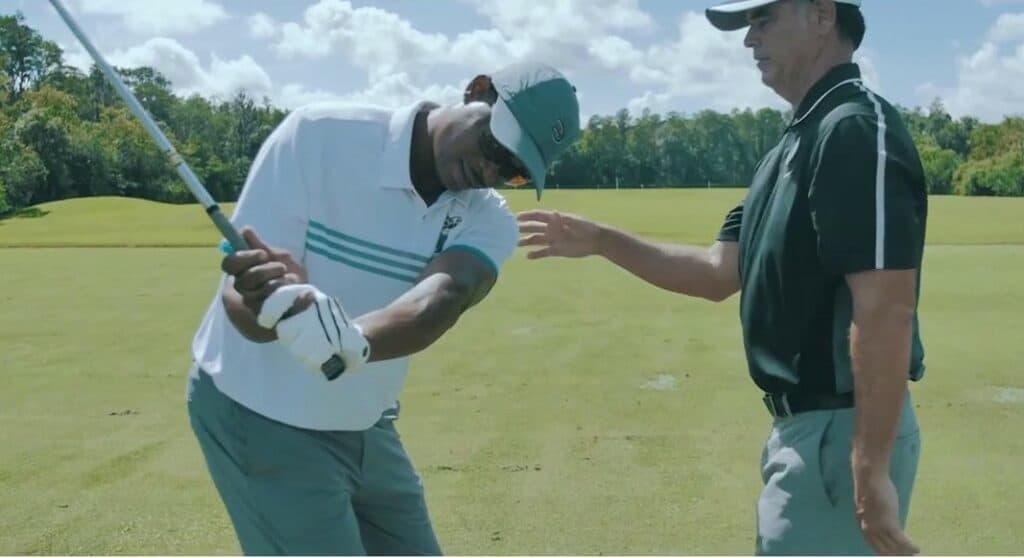 When dining at a table service restaurant on Disney property, the same general tipping etiquette applies here as would at any other dining establishment outside of Disney. So basically, you should probably consider leaving Cast Members fulfilling the restaurant waitstaff role an extra 18% to 20%. This estimate considers the given pre-tax price for the meal in consideration of what is standard for dining in the greater Orlando area. For those who are dining at Disney bars or lounges, it’s generally a good idea to leave your server an extra $1 per drink. If you ordered a light bite in addition, follow suit with your restaurant tipping and opt for an additional 18% to 20%. 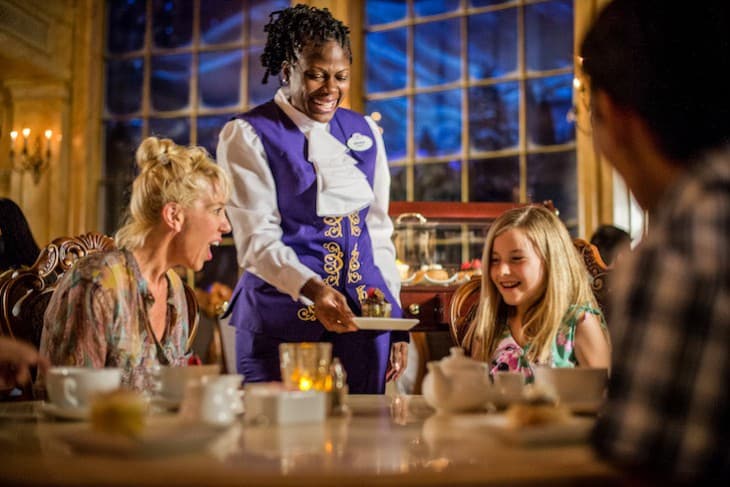 Disney’s efficient housekeeping staff, known affectionately as “Mousekeeping,” truly go above and beyond in making rooms pristine and immaculately clean and tidy for the comfort and wellness of Guests. For their diligence and wonderful services, it’s only right to leave them somewhere within the ballpark of around $1 per day, per person. You’ll want to leave tips of this nature in a cash amount that is clearly marked as being for those Cast Members tasked with Mousekeeping specifically. Consider placing such payments into a labeled envelope, so there is no question as to whom it is intended. 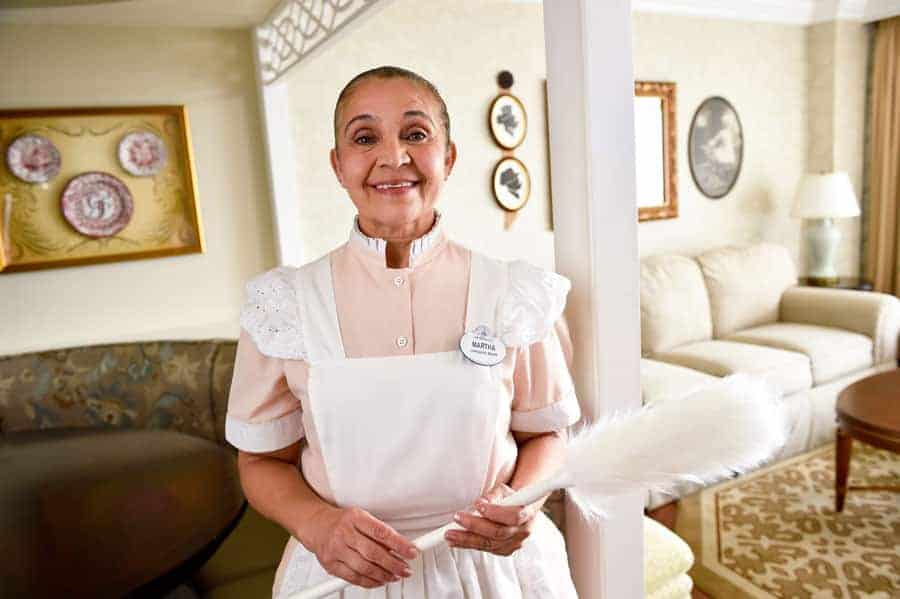 Tipping is never mandatory, but it is the rightful way to show your appreciation when a Disney Cast Member has gone above and beyond in performing their duties. While the general understanding is to forego tipping theme park performers and other Cast Members performing standard duties inside Disney Parks, there are other gray areas in which you will need to make judgment calls accordingly. The Hotel Concierge Lounge Team serves as one such example. For performing the basic informative services and functions that are expected of them, it is not obligatory to tip these Cast Members in most cases. If one has outperformed especially for your benefit in assisting with orchestrating a specific special event for you, however, you may want to at least offer a tip in lieu of their exceptional services. Do note, however, in most cases, they will humbly decline such offers.

Related: Rigorous Requirements For Being a Disney Cast Member

If you worked with someone specifically tasked with personalized services, like a tour guide leading your group in private VIP customization or even an event planner who has helped to make the most of a magically detailed event, you must personally decide what’s best.

In the end, the fact remains that you can never go wrong in showing your gratitude and appreciation for the devoted, committed Disney Cast Members who play a direct role in making your experience absolutely magical.