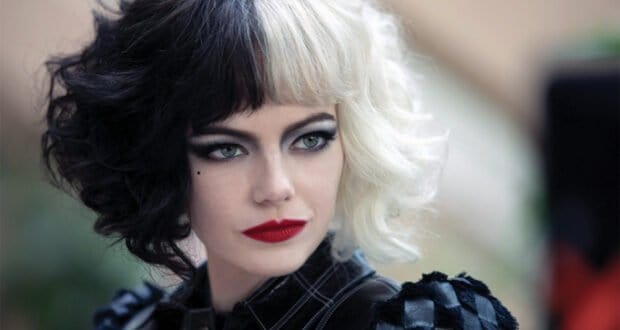 Disney released a teaser last month, indicating that Disney Guests could expect at least three new villains in Disneyland’s annual “Oogie Boogie Bash“, which is indeed happening this year. The three villains shown (or suggested) within the teaser footage were Agatha from Marvel Studio’s Wandavision (played by Kathryn Hahn), Cruella (inspired by the new film’s version of the character, played by Emma Stone), and Sid from Toy Story. Now, fans have actually gotten to see how the three characters are being represented during the event! In the following Tweet, photographs of the three villainous folk are revealed.

Sid looks as expected, and his costume (although a bit underwhelming) is in fact perfectly in line with his character’s look from the original Toy Story movie. 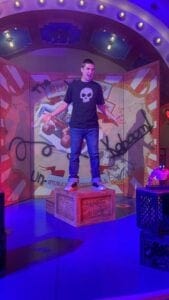 We’d expect a fashionable and distinctive look from Cruella, and Disney’s interpretation did not disappoint! Her hair, her dress, her makeup, her heeled boots, and her cane are all suited to the new “Cruella” movie on Disney+ and the different version of Cruella that was portrayed. 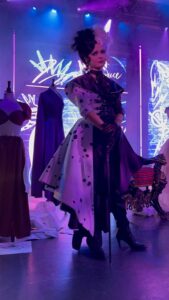 While some people may have been secretly hoping that Kathryn Hahn herself was going to show up for the festivities and surprise Disney visitors (and who knows; maybe that could still happen), the Disneyland version of Agatha looks like an interesting villain too! Since Agatha’s powers are magical, Disney might choose to convey her magical abilities in a number of ways. Or perhaps she’ll just make mystical gestures with her hands and make some outdated television references. 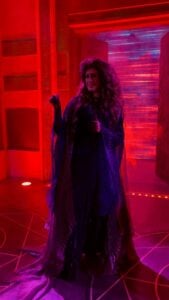 We expected these three evil-doers to show up in the “Oogie Boogie Bash” (and were particularly excited to see Wandavision’s Agatha) after seeing the teaser video, and it does not look like Disney fans or Disneyland Guests will be disappointed! Are you going to the Oogie Boogie Bash? Which villain are you most excited to see?