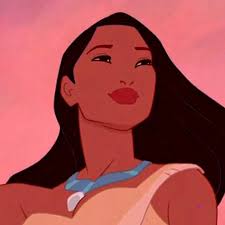 Disney stories are all about celebrating diversity. As we are once again upon that time of year when we start reminiscing about our nation’s earliest inhabitants, the Native Americans, we can’t help but think back to one of Disney’s most iconic representations of all—that of the Powhatan beauty we all know as Pocahontas.

While the story as told through the movie is an obvious work of fiction, the fact remains that Disney’s titular heroine was in fact inspired by an actual, living person in American history. So in the spirit of National Native American Heritage Month, paired with the Thanksgiving holiday celebrations, we’re presenting you with a couple of fascinating facts centering around Disney’s Pocahontas.

There was a lot of animation mastery that went into creating Disney’s Pocahontas. In fact, the actual actors who voiced the characters in the film also served as the movie’s models, of sorts. They were recorded so that animators could mimic their specific mannerisms and movements while drawing the characters as they would be presented on screen.

It took a total of 55 animators to design the character of Pocahontas alone! Irene Beard, who served as the speaking voice for Pocahontas, inspired the animated character’s physical likeness greatly. Due to the intricate animation techniques, extensive research, and the need to write and re-write each of the movie’s scenes 35 times over, the film’s overall production took a grand total of five years to complete.

It is a well-known fact that Disney’s Pocahontas draws inspiration from actual people and events in American history. This film strays from Disney’s usual tradition, which up until that point had created princess figures who were based on those from preexisting fairytales. Even so, Disney’s film adaptation of Pocahontas cannot be called an accurate historical account by any means.

There were obvious changes in the plot, which worked well to make the presentation more suitable for younger audiences and to ease into some of the harsh realities from the real events. But two of the most recognizable deviations in history, as seen in Disney’s version, were undoubtedly Pocahontas’s age and her relationship with John Smith. During the time frame for when this film was supposed to have taken place, Pocahontas would have been just a little girl of around 10 years old. This film matured her into a young woman of comparable age to John Smith’s character, in order to allow the two to have an on-screen romance.

While many of the film’s accounts were admittedly falsified, one unexpectedly accurate portrayal that many viewers rarely recognize is the depiction of Percy the pug dog. According to historical research conducted by director Mike Gabriel, small dogs were a pretty big deal with British royalty throughout the early 17th century. So having a little pug along for the voyage to the New World may have been a pretty common occurrence!

There were some rather interesting character changes early on in the film’s conception versus what we saw represented in the final product. For example, did you know that the sage mentor and friend to Pocahontas, Grandmother Willow, was originally intended to be a character called Old Man River? The plan was to have iconic film actor Gregory Peck voice the role, but after Peck himself declined and suggested that the character be made into a maternal entity instead, the character was reimagined into the benevolent tree spirit we all know and love.

Another original idea was for Pocahontas to have a talking turkey companion known as Redfeather, with the late John Candy serving as the voice. This idea was later scrapped for two reasons: the untimely death of John Candy and the decision to make all of the animals featured in the movie mute. Redfeather was later replaced by Meeko the Raccoon.

When we typically think of the voice work that goes into an animated feature, we tend to picture a group of voice actors gathered together in a soundstage studio with headphones and microphones. But this wasn’t the case with Pocahontas. Each voice actor on the film did their recordings separately, and it wasn’t until the film’s world premiere that most of them were able to meet for the very first time.

Related: Can You Match The Voice To The Disney Character?

We already touched on the fact that Pocahontas broke away from the more conventional fairytale adaptations Disney had been embracing up until that point, but there are countless other ways in which the title character stands out as a Disney Princess of many firsts. For one thing, she was the very first Disney Princess to be of American descent. She is also the only one to date who sports a tattoo but does not, at any point in the movie, wear a crown, tiara, or any kind of headdress to symbolize her “regal” status. While Disney Princesses tend to change their wardrobe at least once during their story, Pocahontas leads as the very first one to stick with a singular outfit throughout her debut film. Do take note, however, that we get to see a bit more wardrobe diversity on her part in the direct-to-video sequel.

Perhaps one of the most notable firsts that Pocahontas is famous for is being in an interracial relationship. It should also be noted that, unlike previous Disney Princesses before her, she does not marry her “one and only true love” to live happily ever after. The first film ends with her and John Smith separating. By the film’s sequel, even though the characters are reunited, Pocahontas has by then met the character of John Rolfe, who the historical Pocahontas ended up marrying in real life.

Because this is a Disney musical, there are several notable songs featured throughout the film. But one iconic number was just about scrapped before the public’s interest in it was renewed. The song is called “If I Never Knew You,” and despite its removal from the scene in which Pocahontas and John Smith profess their love, it has always been in the lineup for the credits, sung by Jon Secada and Shanice. It in fact remains the second most popular song on the movie’s soundtrack, just after the iconic, Academy Award-winning “Colors of the Wind” by Judy Kuhn. So then why was it removed from the film? During a test screening with children, composer Alan Menken noticed their wandering interest and concluded that this musical number slowed the pace for the film. The song was later reinstated with the 2005 10th anniversary release.

Related: Do You Recognize These Lesser-Known Disney Tunes?

The 1995 release of Disney’s Pocahontas is significant in the fact that it marks what is believed to be the 400th anniversary of the real Pocahontas’s birth year. While the exact day and month remain inconclusive, most historians agree that her birth year was likely 1595.

With its opening on June 10, 1995, Disney’s Pocahontas celebrated the world’s largest premiere in history. It was first shown in New York’s Central Park to an estimated crowd of about 100,000 attendees and even included such big-name figures as Caroline Kennedy, then-Mayor Rudy Giuliani, former Disney CEO Michael Eisner, and many others. The premiere even included a live performance of “Colors of the Wind” by Vanessa Williams (who sang her popular contemporary version of the song).

Pocahontas remains a Disney classic that can be enjoyed in any season, but we have to admit that there’s just something extra special about watching it around this time of the year. In the spirit of true Thanksgiving, we can all be thankful that such a Disney movie as this one exists, to keep our spirits soaring and send our hearts singing wherever we go, even if it’s just around the riverbend.