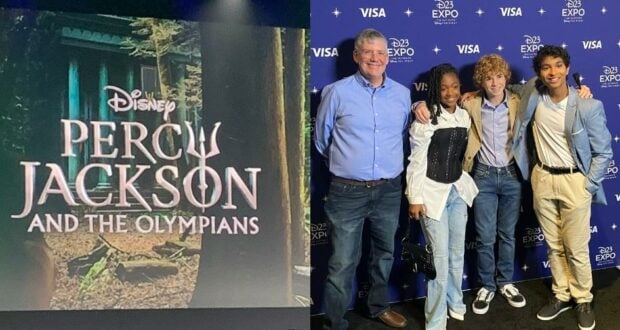 After what seemed like years of anticipation, fans got their first glimpse of the Percy Jackson and the Olympians series heading to Disney+ at the 2022 D23 Expo with the franchise’s creator Rick Riordan and the show’s three leading stars.

The moment you’ve all been waiting for. ⚡️@PercySeries + @DisneyPlus + #D23Expo. pic.twitter.com/3zfuXeEGgN

Riordan was joined on stage by Cast Members Walker Scobell (The Adam Project), Aryan Simhadri (Cheaper by the Dozen), and Leah Sava Jeffries (Empire), to share their excitement for the project and share their dedication to bringing an authentic experience to the fans found in the books years ago.

The Percy Jackson and the Olympians cast is together on stage for the first time! The joined @readriordan at Disney’s Epic Entertainment Showcase at #D23Expo pic.twitter.com/vTWLtJB6Ag

After two disappointing films with what was then 20th Century Fox, Disney was able to begin discussions with Riordan and acquire the rights after the acquisitions merger with Fox years ago. Speculation and hope remained high for a new series, and fans are finally getting it.

The first clips are of “Camp Half-Blood,” which is where a 12-year-old Percy is sent by his mother after she told him that he is a demigod in the first book of the series titled The Lightning Thief. Not much else is revealed except a reluctance in Percy’s voice as he shares a warning via voice-over.

This update was announced along with updates to several other Disney+ projects, including American Born Chinese and National Treasure. 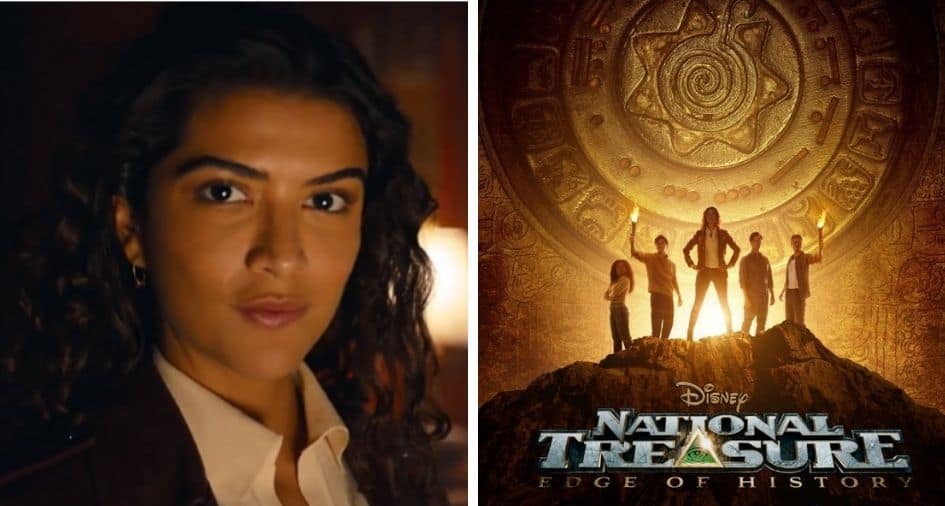 The synopsis for the first book, The Lightning Thief, reads as the following:

Twelve-year-old Percy Jackson is on the most dangerous quest of his life. With the help of a satyr and a daughter of Athena, Percy must journey across the United States to catch a thief who has stolen the original weapon of mass destruction — Zeus’ master bolt. Along the way, he must face a host of mythological enemies determined to stop him. Most of all, he must come to terms with a father he has never known, and an Oracle that has warned him of betrayal by a friend.

Little else is known about Disney+’s Percy Jackson series, including how it will differentiate from the books, but we at Disney Fanatic will continue to update our readers on this and other Disney+ stories as more developments come to light.

Disney Plus Percy Jackson and the Olympians 2022-09-10
T.K. Bosacki
Previous: ‘Encanto’ Concert is Coming to the Hollywood Bowl
Next: Reflecting Back on Day Two D23