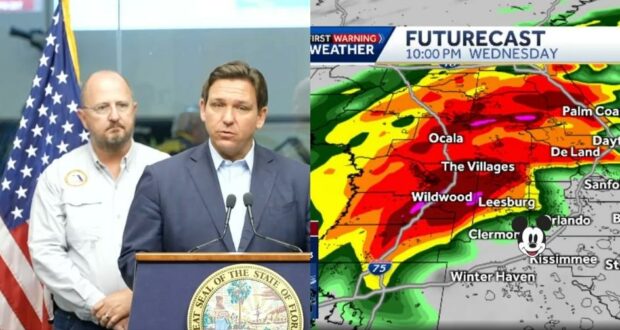 Florida Governor Ron DeSantis addressed the State around midday on Monday, September 26, as Hurricane Ian continued to intensify and more counties fell under a Tropical Storm Watch and Hurricane Watch. He wanted the residents of the rains, winds, and storm surges that are expected to affect the west coast.

“This is a really big hurricane at this point,” DeSantis said. “The width of it is about 500 miles wide. If you look at the cone, and if you look at the landfall going, it still looks to be Levy County, the impacts are going to be much much broader than that. Of course, the track is still uncertain, it could wobble further into the peninsula, or even further away from the peninsula.”

“Even if the eye of the storm doesn’t hit your region, you’re going to have really significant winds, it’s going to knock over trees, it’s going to cause interruptions, that’s just the name of the game,” DeSantis said. “So just be prepared for that. They have the resources in place where of course, that’s going to be a priority, once it’s safe, to get power on as quickly as possible.”

The Governor, who issued a state of emergency for the entire state, also addressed the new Floridians that have moved here throughout the year and will be experiencing their first hurricane. All out-of-state Walt Disney World Resort and Universal Orlando Resort visitors should also heed his words:

“For all of you new Floridians who haven’t been through one of these before, just understand, remain calm, there’s no need to panic, listen to the folks at the local level, listen to what they advise in terms of preparations, any evacuations,” DeSantis said. 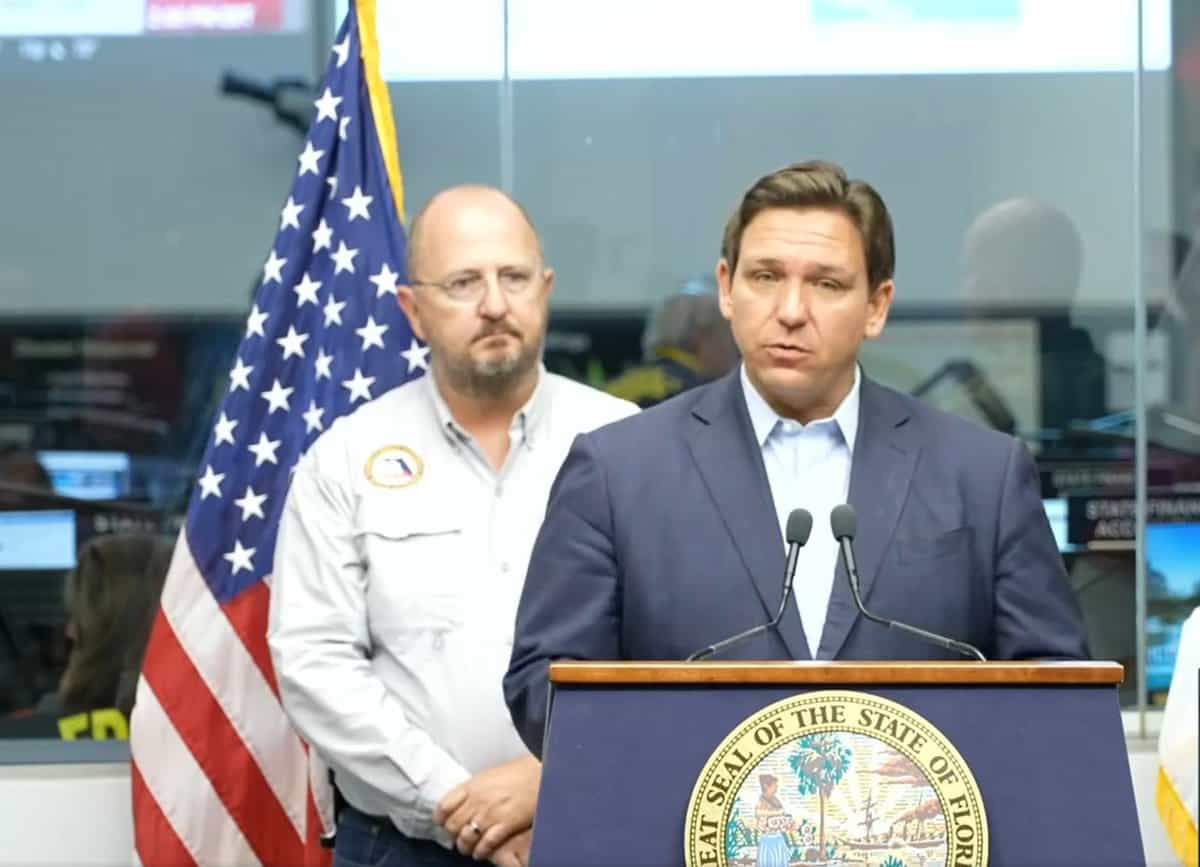 Governor DeSantis also announced several precautionary measures, including that emergency refills of maintenance prescriptions would be authorized for 30 days, over 5,000 national guardsmen had been activated, and the Department of Transportation would be waiving toll fees during this time to allow easier evacuation capabilities. At this time, there is no need to evacuate either Disney World Counties: Orange County or Osceola County.

Again, there is no word yet from Walt Disney World Resort or Disney Cruise Line regarding operational changes due to this storm.

The latest reports showed Hurricane Ian moving north with sustained winds of 80 mph with the expectation that it would intensify rapidly to as large as a Category 4 before making landfall somewhere along Florida’s Gulf Coast.

#Ian has strengthened into a hurricane and is expected to become a major hurricane as it moves through the Gulf. I encourage Floridians to ensure they are prepared and that their emergency supply kit is stocked with supplies.

We at Disney Fanatic will also reiterate that Disney World Resort Hotels are some of the safest places to be during a hurricane, and Disney World’s hurricane policy will ensure that all Guests are kept warm, safe, fed, and hydrated.