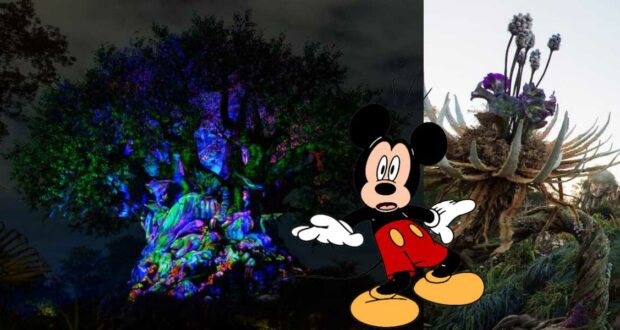 It’s rare that the word “empty” can be used to describe a Walt Disney World Theme Park, but that is precisely what a Guest found recently.

The holidays at the Walt Disney World Resort and the Disneyland Resort are extraordinary. The Disney Resort and its four Disney Parks: Magic Kingdom, EPCOT, Disney’s Hollywood Studios, and Disney’s Animal Kingdom, are wonderful places to spend the holiday time. From Mickey’s Very Merry Christmas Party and the Candlelight Processional to the beautiful Christmas overlay that takes over the Disney Resort, it’s a magical place to spend a Disney vacation during this time of year.

But particularly during the holiday time, any Guest knows that the Parks are full. People from all over the world want to experience the wonder that is a Disney Park visit. But one Guest and Reddit user recently took to the social media platform to share a very different look into the Walt Disney World Resort.

Anyone know why Animal Kingdom has been looking empty on the app lately? from disneyparks

The Disney Guest clarified that they “like to randomly check the app, and for a few days now, it looks like Animal Kingdom is pretty sparse for the middle of the day. Magic Kingdom and Epcot on the other hand look busy.”

Many Disney fans who commented shared that this was likely because the Park simply  does not have“as many attractions.” It should also be noted that Disney specifically designed Animal Kingdom to have a lot of land for the animals that it takes care of. Think of the Kilimanjaro Safaris and the treks offered throughout the Disney Park.

Many Guests have bemoaned the absence of an off-season at the Disney Parks recently, but it appears there are occasionally days when the Parks are less busy than usual. There have also been some odd times reported of the Parks being totally empty. Think earlier this year when we reported that Magic Kingdom was like a ghost town.

It should also be noted that with the permanent closure of DinoLand (though Disney has teased a revamp), there are fewer attractions at Animal Kingdom. The biggest draws are Avatar Flight of Passage, Na’Vi River Journey, Expedition Everest, Kali River Rapids, Kilimanjaro Safaris, and DINOSAUR.

Perhaps with the new Zootopia land that Disney also teased, more crowds might frequent the Park in the future.