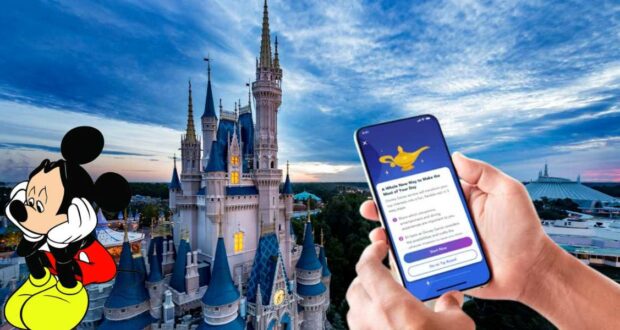 Lightning Lane is back in the news again; an influencer slammed the service, highlighting how it was unfair to Guests at the Parks.

The Walt Disney World Resort and each of its Theme Parks, Magic Kingdom Park, Disney’s Hollywood Studios, Disney’s Animal Kingdom, and EPCOT,  is beloved by many a Disney fan for being the “Most Magical Place on Earth.” The Disney Resort has myriad attractions and rides—think “Haunted Mansion” and “Jungle Cruise“—that have Guests flocking to the Park to get a taste of the Disney experience.

But lately, some decisions that the Walt Disney Company has been making have made a portion of Guests unhappy with the Mouse House. Disneyland Resort and Walt Disney World Resort introduced the paid Disney Genie suite, including Genie+ and Lightning Lane system last year, which replaced the free FastPass+ system.

Many Guests have complained about the service, and recently, an expert app developer even insisted the app was so badly designed that he and his team would have been fired if they had designed the Disney Genie app.

Now, a Disney Park Guest and Disney influencer, @kingzippy, on TikTok, took to the platform to share his complaints about the app, asking the Disney Parks “what happen[ed] to the magic?”

@disneyparks what happen to the magic ? #disney #disneyland #disneyworld #vacation

@kingzippy, who has 7.4 million followers on the social media platform, went to Disney World with his daughter and was more than disillusioned after his trip. He said,

“Mickey Mouse, what happened to Disney? I went to Disney to get off of my phone and just enjoy my vacation, and then the whole time, I’m sitting there on my phone.”

He felt the system was also unfair that Guests still in their hotel rooms had the opportunity to select Lightning Lane return times at the same time as Guests in the Disney Parks, stating, “It’s not fair that Carol sitting in her hotel room, gets to schedule she’s going on ‘it’s a small world’ at 10 to 11 a.m. while I’m walking around the Park wondering how I’m going to get in the Lightning Lane.

In the comments to the video, he explained that when he arrived at Park open, all Lightning Lane rides were booked through 3-5 p.m. He clarified that he eventually figured out how to utilize the paid service better, but he still felt it wasn’t worth it.

“I figured it out at magic kingdom thankfully we got on every ride but I was still on my phone the entire time instead of enjoying it with my daughter.”

This is one in the list of many complaints Disney has been on the receiving end of in recent times. They have also come under fire because of the reservation system, the rising prices, and more.