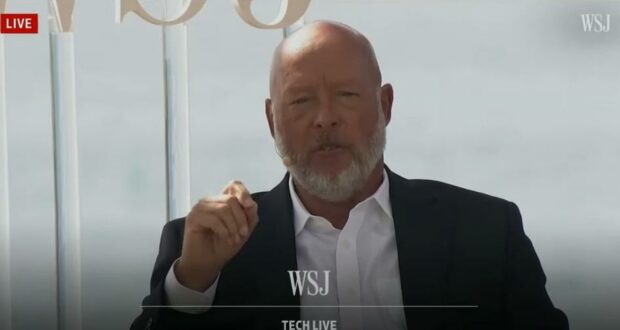 CEO of The Walt Disney Company, Bob Chapek, appeared on The Wall Street Journal’s Tech Live 2022 event and was once again asked about the handling of Park access. And once again, he held fast to the decision to retain an artificial shortening on Theme Park Access and the Theme Park Reservation System, claiming that it is all about the Guest experience.

He said, in part,

“In a word where we don’t control demand, you’re left with one of two situations. You either let way to many people into the Park, where they don’t have a great experience, or you manage it by turning people away at the gate. Now, imagine if you’re a family from Seattle and you come to Disneyland. You come for a two- or three-day’s stay. You’re there at 10 o’clock in the morning and you’re turned away. …

“So what we’ve developed during the COVID shutdown is a reservation system so we can plan like every other business out there … so people would know ahead of time whether they were going to get in or not.”

Disney CEO Bob Chapek talks about pricing/demand at its theme parks and avoiding alienating the company’s most passionate fans. pic.twitter.com/IB0oNTMd8J

Chapek then turned to the pricing updates made by the Mouse House based on this now-lessened supply for the current demand.

“We practice yield management … so that we have pricing be a reflection of how many people we can actually let in and still guarantee that great experience. For some of our fans that’s heresy, but I think it’s not only good business practice in terms of maximizing shareholder value, but more importantly it protects the guest experience so that when you get into the park … you can have confidence it’s not going to be overcrowded.”

The CEO keeps repeating that his decisions are something that all businesses can do, with almost a perceivable frustration in the tone of his voice. He likened the reservation system to the ones used by Airlines or Cruise Lines.

He also touched on Disney’s push to create a great Guest experience for every Guest every day of the year, and he believes that the real “secret sauce” of the magical experience resides in the Cast Members.

“Remember that the end benefit is magical memories that last a lifetime,” he said. “The reason they (the Guests) have those–yeah, it’s about the Castle, and yeah it’s about the great attractions, or they really enjoyed that churro on Main Street. But, really what they remember more than anything is Guest/Cast interactions.”

“When I ran parks … 99% of the letters I received were about guest and cast interactions. So if that’s the key to a great experience … then you have to make sure the cast is as the center of everything you do.” pic.twitter.com/s5Ctft62oS

While the state of the Disney Park Guest experience might still be up for debate among those experiencing it, Chapek’s direction has worked so far in generating more income per individual Guest thanks to a demand that is strong enough to continue to tolerate changes such as the Theme Park Reservation System, the still-restricted Park Hopping option, and the replacement of the complimentary FastPass+ Systems with the extra-cost Disney Genie+ and Lightning Lane systems at Walt Disney World Resort, the Disneyland Resort, and Disneyland Paris Resort.

That being said, Disney is facing a lawsuit on the matter from Disney World Annual Passholders, and there was even a protest by Annual Passholder outside Disneyland Paris over the continued restriction of Park Access which some translate as being charged more for a lot less, at the very least.

You can watch the full interview here: