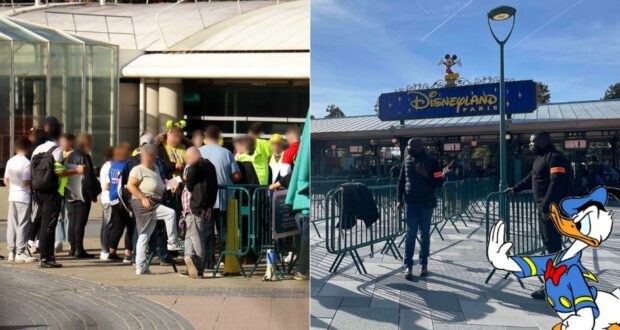 Ever since it was initiated at the Disney Theme Parks, the Theme Park Reservation System has been a target of critique–and outright hate–by Park-going Disney Fanatics. But, recently, the tension between Disney Fans and Disney Parks over the reservations has continued to increase and evolve into something more than just online outrage.

In 2021, Disneyland Passholders filed a lawsuit over the continued limitations. This past week, another lawsuit was filed by Disney World Passholders. Now, it appears a protest occurred at the Disneyland Paris Resort.

Disneyland Paris insider @DLPReport shared a picture of a security checkpoint, saying, “security has been enhanced at the Resort’s checkpoints due to potential demonstrations outside Disney property against the park reservation system.”

Security has been enhanced at the Resort’s checkpoints due to potential demonstrations outside Disney property against the park reservation system. pic.twitter.com/byxX8MupiR

Sure enough, shortly after showing the new security detail, @DLPReport found the protestors.

He explained, “A group of Guests is gathered outside the SNCF train station to peacefully demonstrate against the park reservation system.”

A group of Guests Is gathered outside the SNCF train station to peacefully demonstrate against the park reservation system: pic.twitter.com/mhyJpW06ib

It should be mentioned that the train station sits in a public area just outside the Disneyland Paris property. So, like many of the previous protests just outside Disneyland in California and Walt Disney World in Florida, it appears these protestors are getting as close as they can get.

Onlookers commented on these tweets from a variety of perspectives, from supportive to dismissive.

@matthewransley said, “Good on them. Worst thing ever introduced. Annual passes aren’t annual we should boycott and not renew I certainly won’t be until this system is gone.”
@robertlewis99 said, “Its a con the annual passes 365 days ticket but never guaranteed to ever get in the park.”
Of the protest and protestors, @sonofaII said, “god bless the french if theres anything they know how to do its demonstrate,” and @travelttmagic commented, “From Yellow Vests, to Yellow Ears!”

Most of the protestors appear to be the Annual Passholders themselves, who, like Disneyland Magic Key Holders and Disney World Annual Passholders, view the Theme Park Reservation System as a way of Disney lying to its loyal Guests. But they might actually have a point to make. 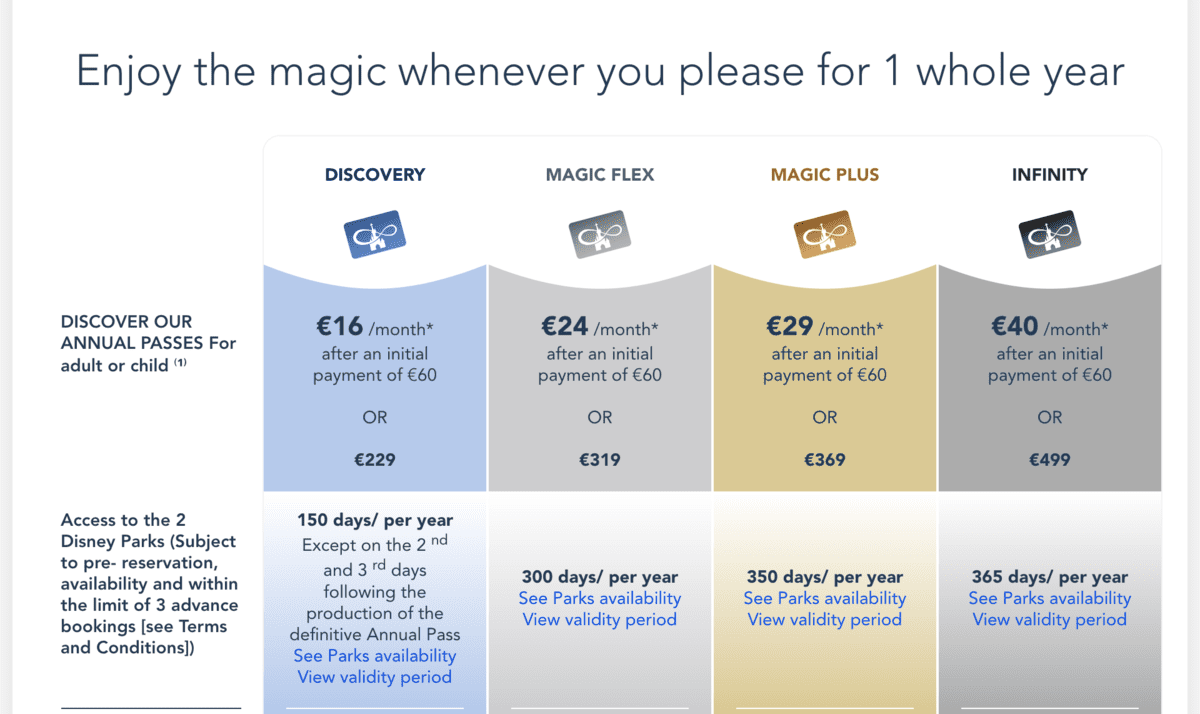 According to the Disneyland Paris website, all four Annual Passholder tiers are available for purchase, and each version clearly states how many days out of the 365 yearly total each one is good for. Disneyland Paris states its Infinity Pass is valid for all 365 days. 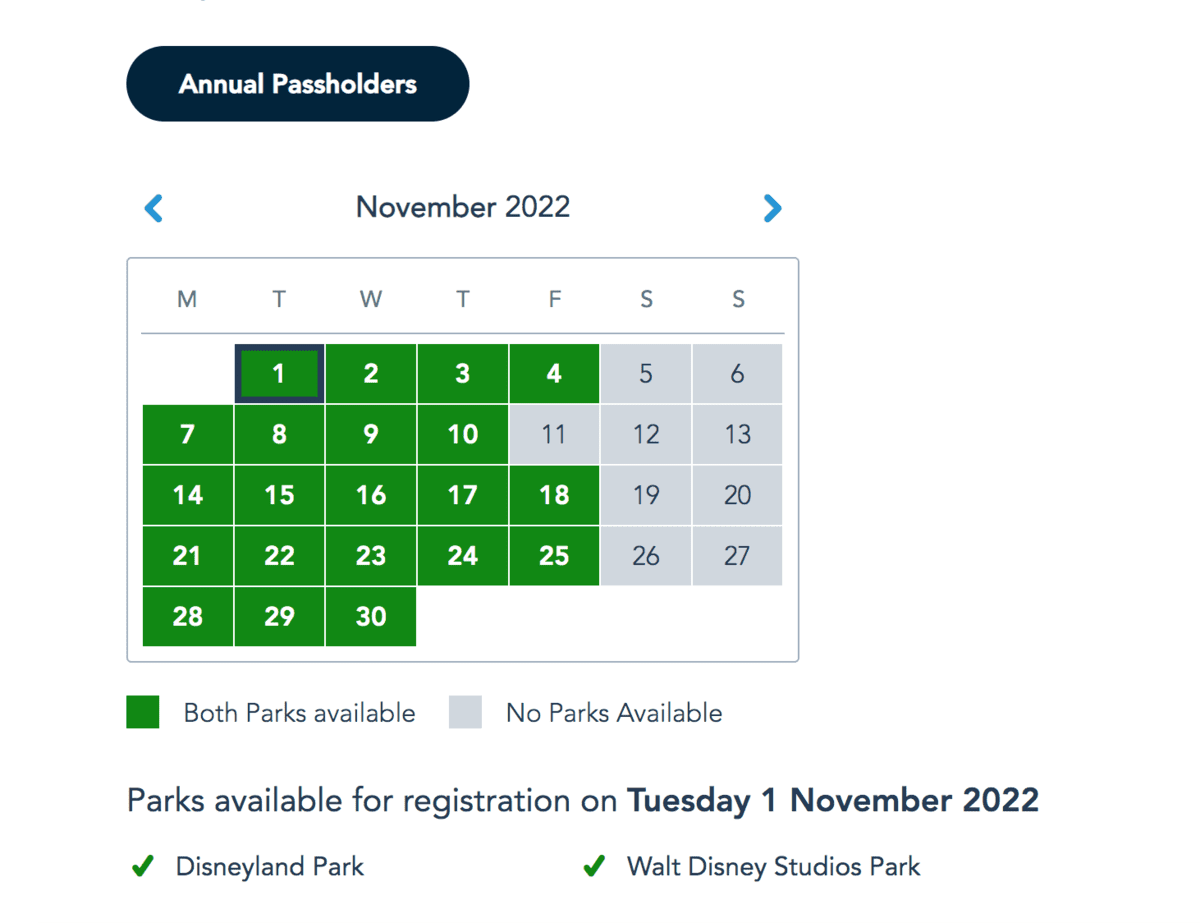 When asked about this situation, a Cast Member reiterated that the 365 days indicate a lack of restriction dates rather than a level of Park Access, which is contingent upon availability, and plainly said, “These are the conditions you agree with when choosing to buy an Annual Pass. Otherwise you can always buy a dated ticket that guarantees access on the selected date.”

It should be noted that Disney World avoids this “miscommunication” by calling direct attention to the blackout dates of each tier, and Disneyland is now avoiding it by giving every single Magic Key tier a number of blackout dates. 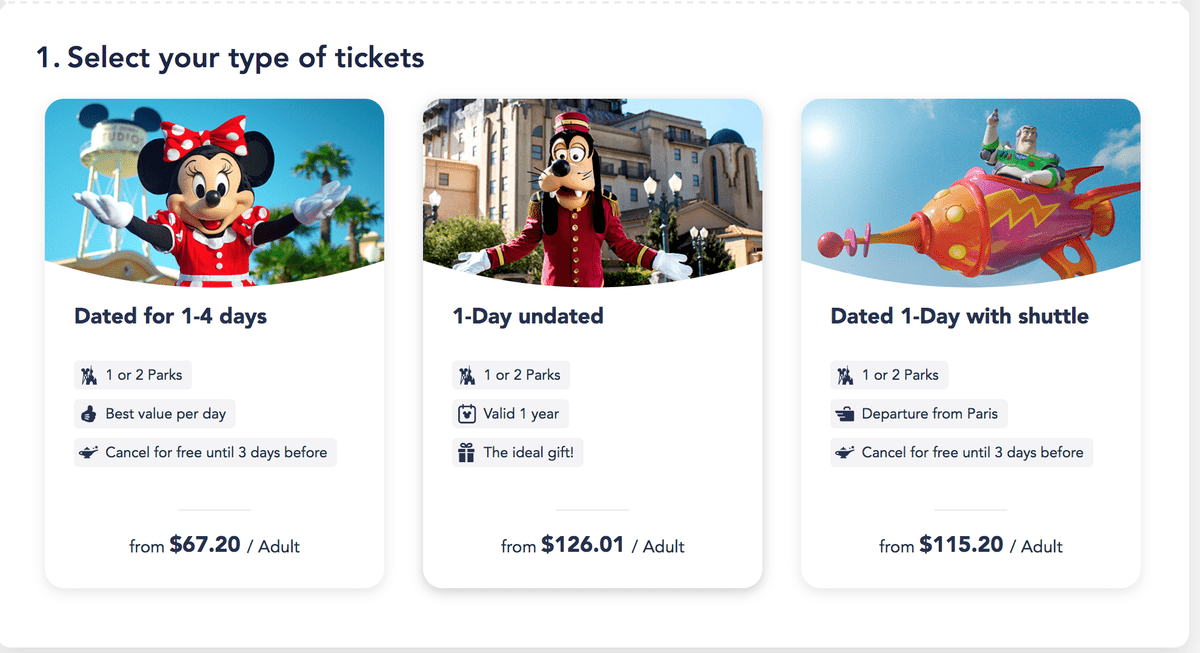 Disneyland Paris has actually taken its integration of the Theme Park Reservation System even further than her American sister Resorts by connecting it directly to the Theme Park tickets for Parc Disneyland and Walt Disney Studios Park. Non-AP Guests can purchase a normal non-dated ticket and choose the pairing Theme Park Reservation later or a dated ticket which is only valid on the date one makes the reservation. These date-specific Theme Park Tickets are significantly cheaper than their more flexible variants.

No such option is currently available at either the Disneyland Resort in California or Walt Disney World Resort in Florida.