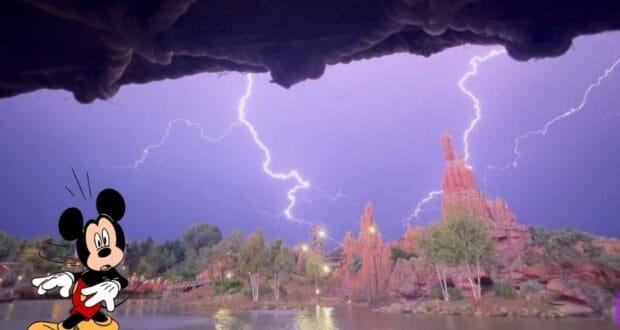 The night sky above Big Thunder Mountain Railroad was lit up by a rare display of lightning.

The event occurred at Parc Disneyland at Disneyland Paris Resort in the evening hours of Thursday, October 20. A video of the sight was captured and shared to Twitter by Disneyland Paris Insider @DLPReport, who said, “Thunder.. at Big Thunder Mountain!”

He followed up with a still shot of the lightning’s full extent, from a perspective that makes bolts almost look like they are touching the spires, saying, “And that’s why they call it Thunder Mesa.”

⚡️ And that’s why they call it Thunder Mesa. pic.twitter.com/PbzedqjLUt

Big Thunder Mountain Railroad is a staple Disneyland attraction, and its Disneyland Paris variant is considered by many–including the Walt Disney Imagineer who designed it–to be the best version in the world.

Situated on an island in the middle of Frontierland and featuring a direct connection to Paris’ Haunted Mansion, Phantom Manor, Big Thunder Mountain has a backstory that only makes this scene all the more chilling. 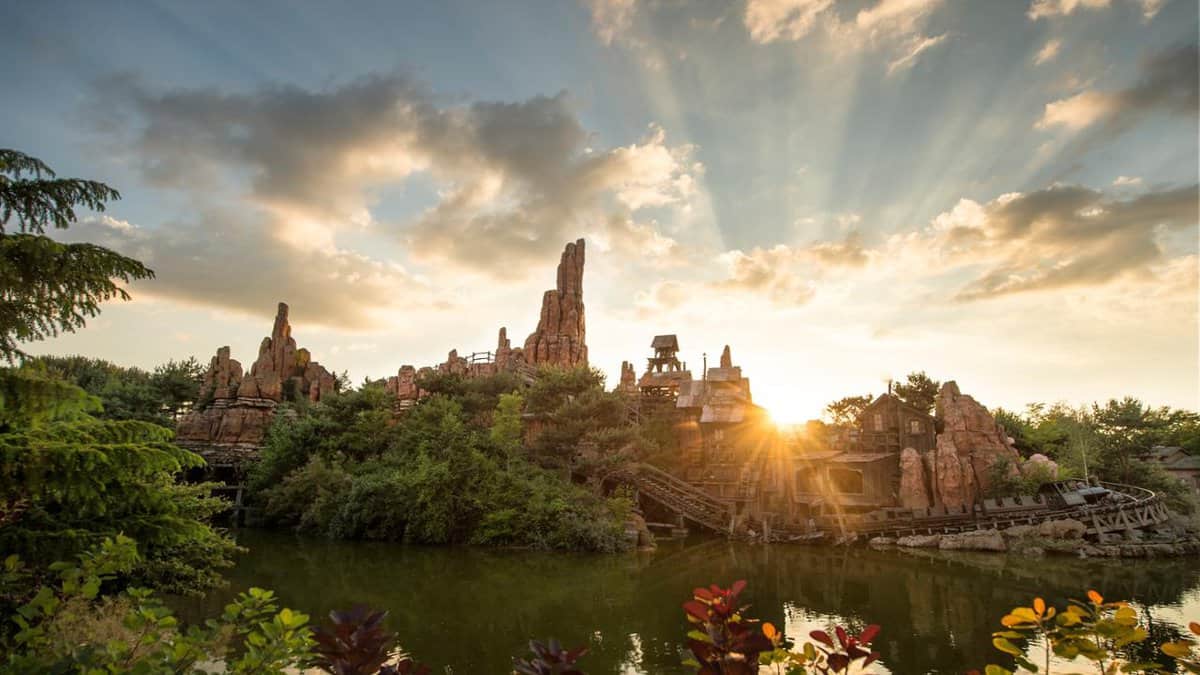 The Disneyland Paris website explains it as the following:

“Legend has it that a supernatural force dwells within the mountain. When gold was first discovered in the 1850s, a mining company was established. But soon, eerie things began to occur. Miners heard ghostly sounds, cave-ins became frequent and equipment mysteriously failed. Trains would take off and race through the mine and around the mountain driverless! Word got out that the mine was haunted and Thunder Mesa became another ghost town.

“Years later, when eyewitness accounts had faded into folklore, new prospectors resurrected the Mining Company and began blasting into the spooky mountain once again. But as the new settlers became aware, some legends turn out to be true.”

Disneyland Paris Resort is in the midst of its 30th Anniversary Celebration.