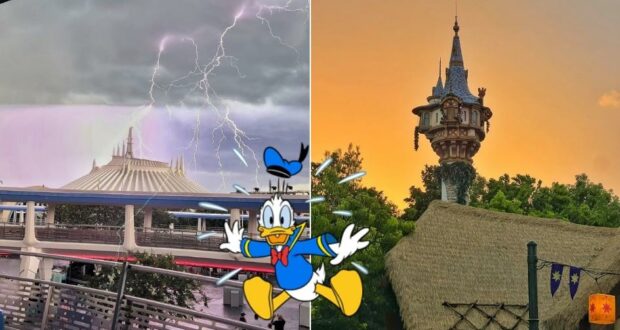 Walt Disney World is used to seeing intense storms, but recently a Guest was almost struck by lightning but got away and captured some unbelievable photos.

Many a Theme Park at the Walt Disney World Resort have seen a large amount of rain lately, and several attractions were even evacuated due to the weather conditions. It seems to be a trend that has continued globally, including in Disneyland Paris, where the Resort faced harsh temperatures and harsher storms. Both Disney Parks were left completely underwater.

But recent conditions at Walt Disney World took this to another level, giving Guests more than just the Disney experience they signed up for. 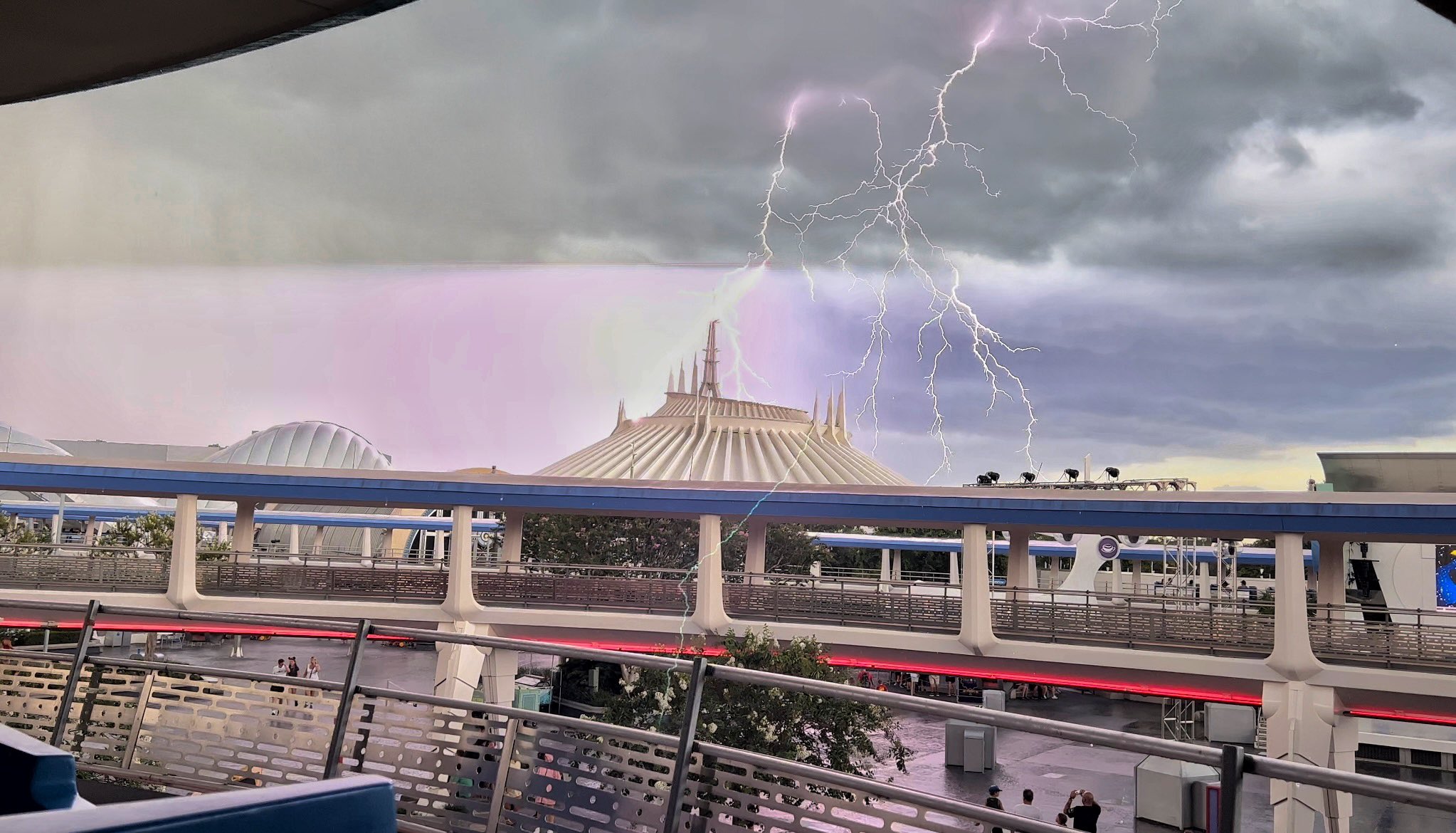 Guest Scott Campbell shared his photos on Twitter. One photo in particular shows lightning that very nearly struck the Guests as they rode the Tomorrowland Transit Authority PeopleMover, with more lightning strikes surrounding the spires of Space Mountain and Tron.

Check out the photos:

This was some insane storm over the Magic Kingdom today. Had one bolt strike right next to me as you can see if you zoom in on the first pic. pic.twitter.com/udtTVoSt7k

The storm raged over more than just the Magic Kingdom, too! Another Guest at Disney’s Hollywood Studios caught lightning surrounding the top of the Tower of Terror — a fitting sight for the Sunset Boulevard attraction.

However, perhaps in a classic Disney ending, the storm passed, and Campbell was able to share the literal calm after the storm with pictures of a breathtaking sunset.

But the sunset that followed was something else. pic.twitter.com/LxlVruDXFB

While this was certainly an experience to write home about, all of us here at Disney Fanatic can only hope that the storms blow elsewhere and Guests can enjoy their Disney experience at the “Most Magical Place on Earth” without worrying about anything else.