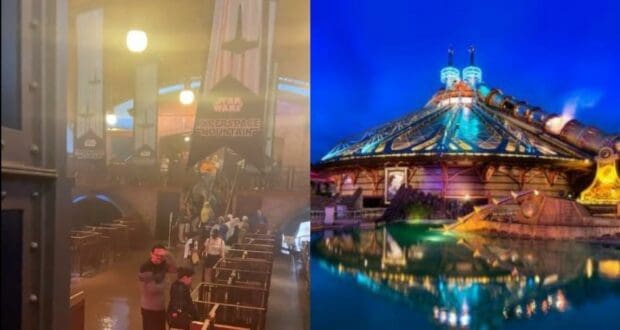 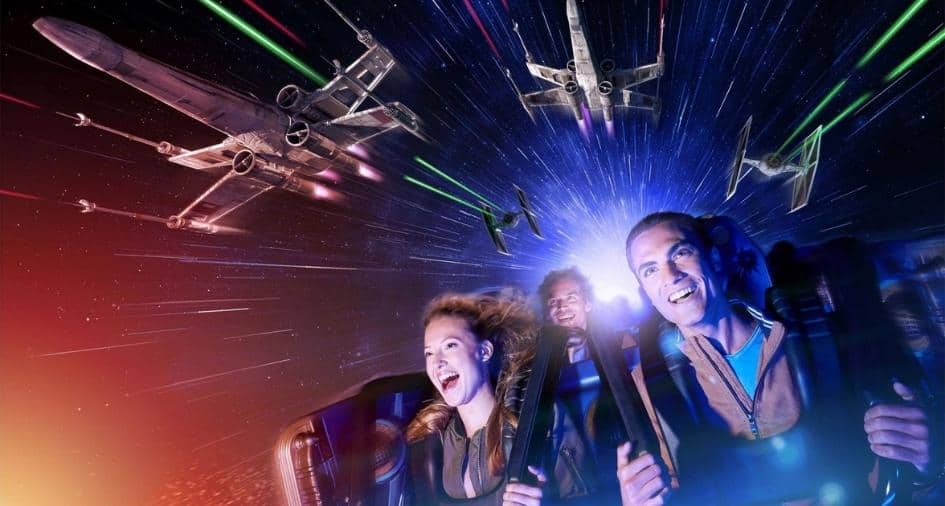 The incident occurred at Parc Disneyland at the Disneyland Paris Resort when a flash storm tore through the Theme Park, closing every outdoor attraction.

A video shared by @DisneylandWorks shows the boarding area for Hyperspace Mountain just before the ride was closed due to safety reasons.

[Live] The storm invaded SWHM at the moment 😱. They stopped the ride for safety reasons. ⛈

Originally called Space Mountain: Mission II, the steam-punk-styled Discoveryland rollercoaster is themed after Jules Verne’s Voyage to the Moon, and it is the only member of the Space Mountain family to go upside down.

The Disneyland Paris website describes the “Star Wars Takeover” of its Space Mountain, in part, as the following:

“Launch yourself into Star Wars Hyperspace Mountain for a thrilling takeover of a classic space attraction. Enlist in the Rebel Alliance and attend a briefing from Admiral Ackbar. Your mission – to pilot a reconnaissance vessel and spy on an Imperial Star Destroyer.”

In Disneyland, the thoroughfares of Frontierland are captured under ankle-deep water. As @DLPReport describes it, “the Rivers of the Far West are expanding.”

⛈ In Frontierland, the Rivers of the Far West are expanding 😬 pic.twitter.com/ukL8Fw2TCJ

At Disneyland Paris’ second gate, the storm’s harsh winds and hard rain emptied the streets of Avengers Campus as everyone took shelter.

⛈ And the storm has hit! Everyone is taking shelter, apart from a few heroic recruits racing to cross Stark Plaza 😅 pic.twitter.com/yohdAhJL5Z

All of the Disney Parks around the world are built to withstand all forms of weather, and its Cast Members are trained to assist all Guests in any such event.