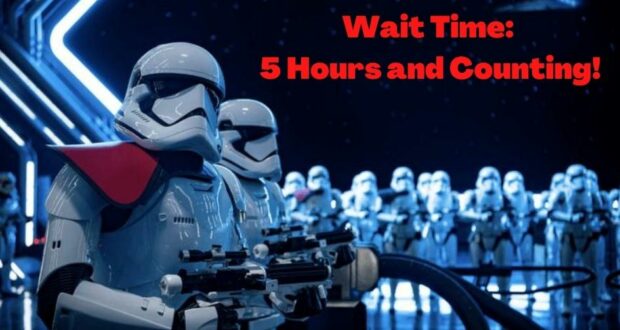 A woman identified by her initials C.B. reached out to this reporter with the story while still stuck in line for twice the amount of time she first expected. 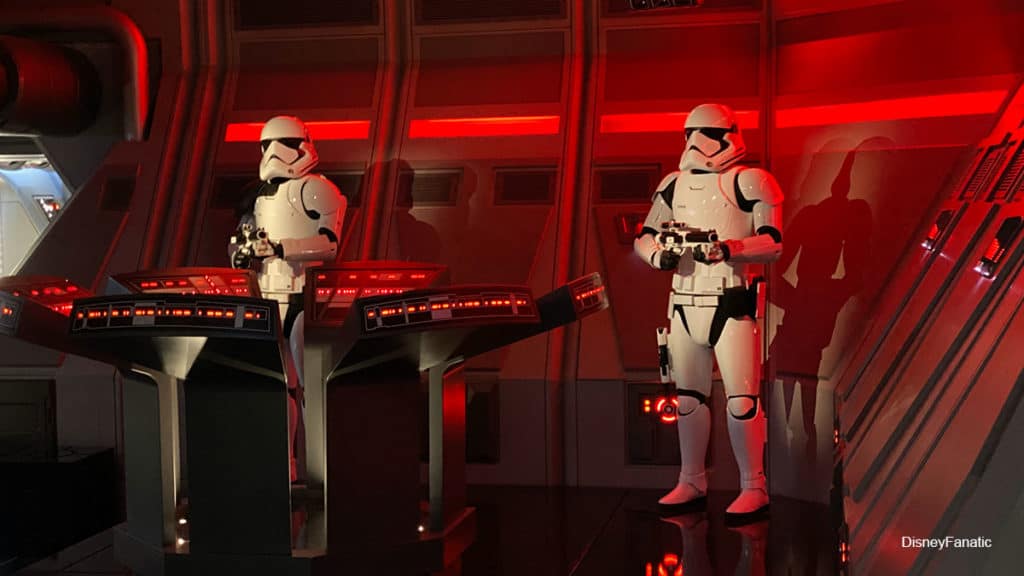 After joining the line for Star Wars: Galaxy’s Edge’s marquee attraction with her family at around 10:30 am–at which time they were told to expect a two-and-a-half-hour wait–the Guest reported that she was still stuck in the queue four hours later. Apparently, the attraction suffered a 30-minute breakdown and began only accepting riders at half capacity. According to the Guest, Cast Members never informed the people in line that the attraction was only running at half capacity. She and everyone else was left standing in a motionless line, completely unaware of the ride’s debilitating situation.

“If they had gone on the intercom and told us ‘we apologize for the delay, we’re running at half capacity now,’ we would have gotten out of the line,” she said. “We would have gone on other rides and other Parks.” Guests with the Park Hopper option can enter the other Theme Parks beginning at 2:00 pm. 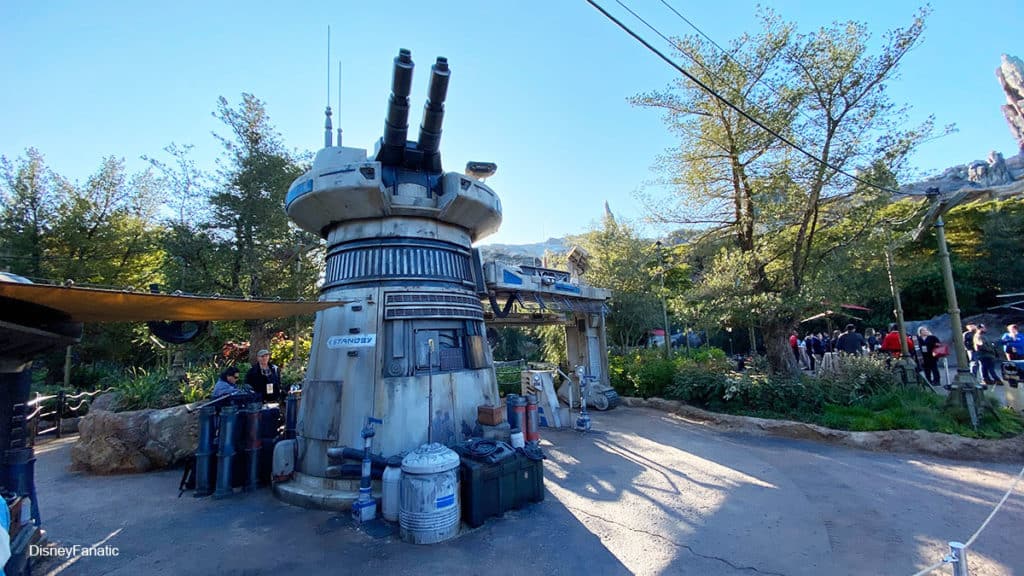 While this reporter was talking with her, she stated that Rise of the Resistance broke down yet again around 3:05 pm. C.B. confirmed that Cast Members attempted to compensate for the situation by giving Guests in line a free Lightning Lane valid for every ride at Disney’s Hollywood Studios EXCEPT, ironically enough, for Star Wars: Ride of the Resistance, as well as Mickey and Minnie’s Runaway Railway.

It was not until around 3:30 pm that this Guest and her family were able to experience the attraction. But, their allotted time at Disney’s Hollywood Studios was overspent, moving immediately to EPCOT and then Disney’s Animal Kingdom for a Lightning Lane.

Like the other Guests standing around her, malfunctions and miscommunication resulted in hours of precious Disney Park time unexpectedly lost. After taking the issue to Guest Services, C.B. and her family were offered the choice of either complimentary Theme Park Tickets and Park Pass for Disney’s Hollywood Studios the next day or complimentary Lightning Lane passes for attractions at Disney’s Animal Kingdom, EPCOT, and Magic Kingdom (except for select high-demand attractions like Remy’s Ratatouille Adventure). They opted for the latter. 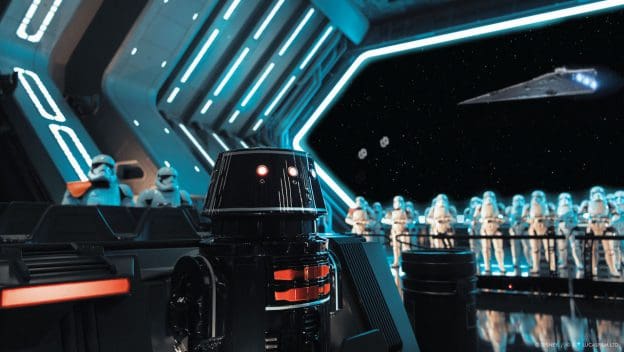 Related: OpEd: The Only Disney World Ride Worth the 120-Minute Wait

It is unclear what exactly caused Rise of the Resistance to malfunction. According to the My Disney Experience App, the wait time is still listed at 150 minutes.

C.B.’s situation–which is the same as the other Guests around her–serves as an important reminder to all Guests looking to finally cross a Disney World attraction off their list: when it comes to wait times, how long is too long? Do you fully commit upon entering the standby queue, or does there come a point when you cut your losses and take what is left of your patience to another line?

Got another newsworthy Parks story? We at Disney Fanatic are always striving to keep our readers up to date on what is happening in the Disneyland and Walt Disney World Theme Parks. Feel free to reach out to us via email or send us a message on Facebook, Instagram, or Twitter.