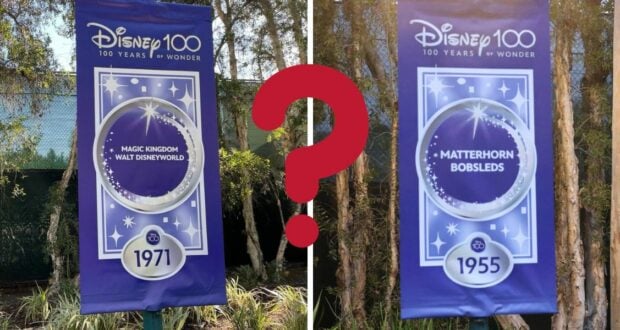 Even though Disney Parks and the team behind the Disney rides or shows (such as Imagineers from Walt Disney Imagineering) are known for their attention to detail, errors or mishaps can still occur — especially when Disney is rolling out a sweeping brand-new campaign for the 100th anniversary of Disneyland Resort in California!

The Disney100 Years of Wonder celebration is beginning this January, and decorations are already being put into place within Disneyland and Disney California Adventure Park. Unfortunately, however, there seem to be some bizarre errors with these adornments! 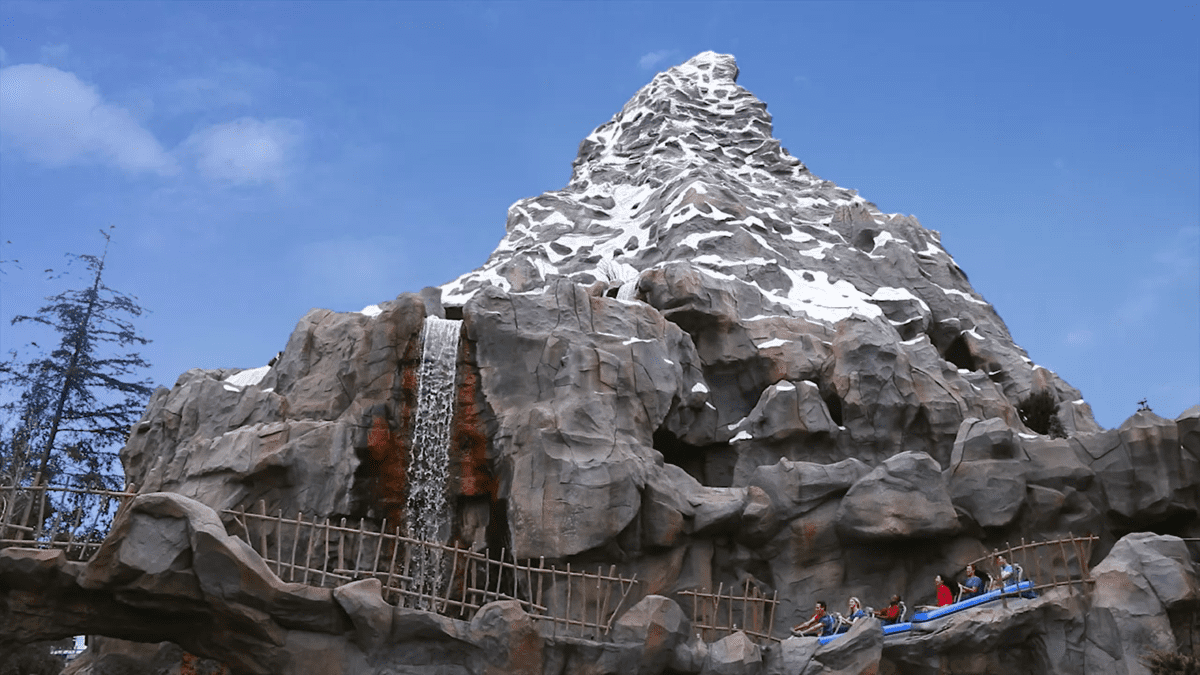 One error that has been pointed out involved the famous Fantasyland roller coaster called Matterhorn Bobsleds. This thrilling roller coaster was a huge hit when it made its debut back in June of 1959 at Disneyland Park, but according to the purple and platinum banner honoring the ride as part of the Disney100 event, the Matterhorn ride had its opening day in 1955.
1955 is the opening year for Disneyland overall, so it makes sense that someone might confuse the Disneyland dates — but that is not the only error in the decor that has been noticed. A particularly confusing typo has also appeared on some of the banners that are now adorning the Disneyland Park.

The spacing issue on the banner in the Tweet shown below from Theme Park Duo Podcast might not seem like a big deal, but it does change the meaning of the phrase “Walt Disney World”.

The banner is meant to commemorate the opening of Walt Disney World Resort, but instead, as Theme Park Duo Podcast pointed out, the banner is actually making it look like Walt Disney has an “other other brother” whose last name was DisneyWorld.

Who exactly is Walt Disneyworld? Is it Walt’s other other brother? pic.twitter.com/aETNqNvNyG

If you are headed to Disneyland Park during the Disney100 Years of Wonder celebration, then keep an eye out for any more discrepancies like these while you’re exploring the Disney 100 year anniversary!

They may just be printing errors, but even so, Disney and the Imagineers’ famous eye for detail and scrutiny would normally have caught such errors before they were ever put on display within sight of Disney Park Guests!