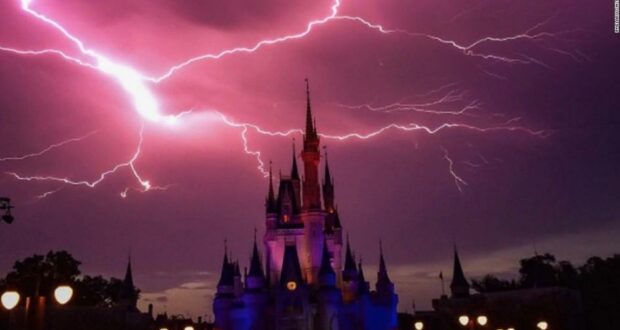 For a place known as The Sunshine State, Florida gets a lot of stormy weather, and with that weather comes a lot of lightning. It is home to one of the lightning capitals of the world, and the city of Tampa even gets its name from the native Calusa tribe’s word for lightning: “Tanpa,” which literally translates to “Sticks of Fire.”

Central Florida is the home of The Walt Disney World Resort, and Guests have probably wondered on occasion, “How often does Disney World get struck by lightning?” Well, now we have some idea of the answer. 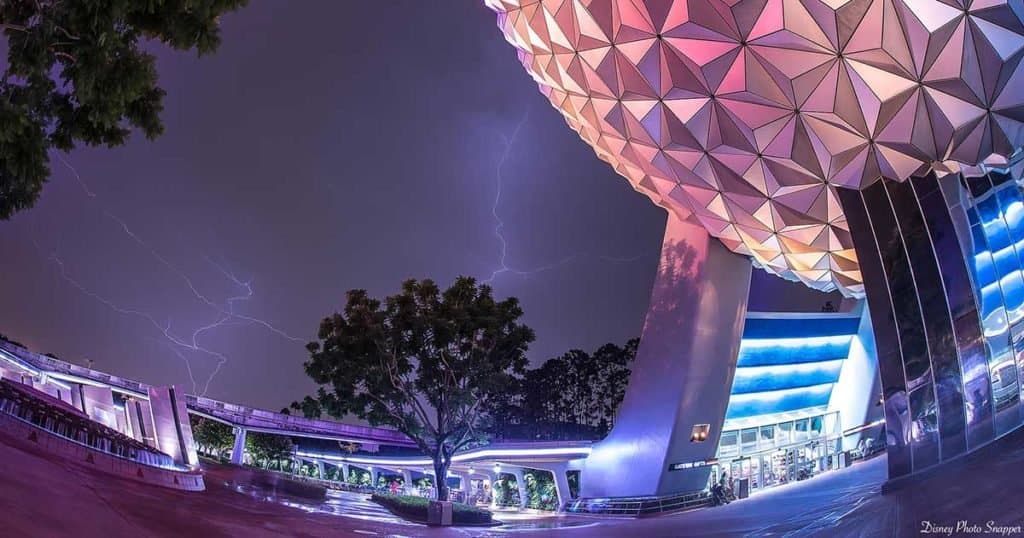 After a very stormy Saturday that apparently resulted in Splash Mountain getting struck by lightning, a Reddit user OCweatherman shared a map of the entire Resort area showing the average lightning strikes a Disney Park receives per year.

He wrote on March 13: “Because Splash Mountain was struck by lightning yesterday, I decided to look at how much lightning occurs on WDW property every year.”

Here’s what he found using data from the National Lightning Detection Network:

Because Splash Mountain was struck by lightning yesterday, I decided to look at how much lightning occurs on WDW property every year from WaltDisneyWorld

From this map, we can see that one of the places on Disney World property most struck by lightning is the EPCOT Resort Area, particularly the area surrounding the Swan and Dolphin hotels, receiving 9-10 “cloud-to-ground” strikes per year.

Star Wars: Galaxy’s Edge has been hit (see below), and even the Disney World Monorail has been struck by lightning! 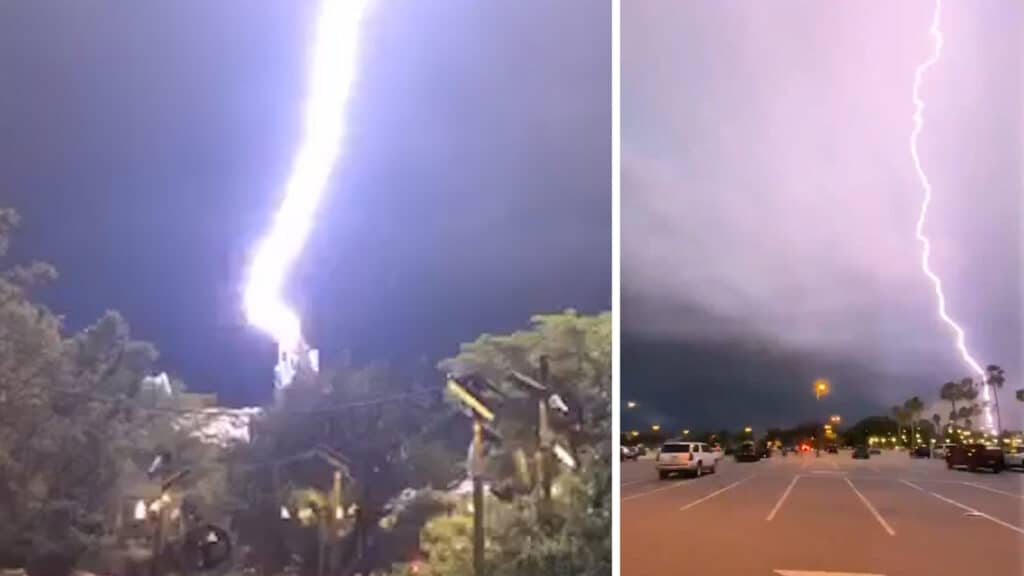 It should be noted that the Walt Disney World Resort has strict Theme Park policies when it comes to operating attractions during bad weather. Outdoor attractions are closed as soon as lightning is detected in a close enough proximity, so there were likely no remaining Guests on Chik-a-pin Hill when it was struck. Many of the tallest landmarks–AKA “weenies”–like Cinderella Castle are also each equipped with a lightning rod ready to attract and absorb any lightning looking to touch down in the Parks. There has been no report yet of a lightning bolt hitting Disney Skyliner or Star Wars: Galactic Starcruiser.

We at Disney Fanatic continue to keep an eye on Walt Disney World’s weather to update our readers on what they can expect on their upcoming or ongoing Disney Vacations.