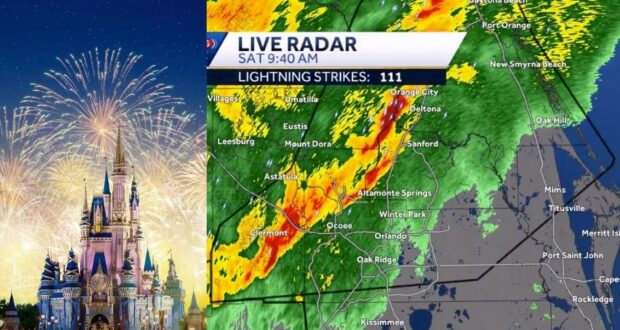 It looks like the Walt Disney World Resort will spend its Saturday getting hit by a severe thunderstorm.

According to WESH2, a massive weather band is making its way across the whole of Florida, including Disney World and the rest of Central Florida.

With this band comes thunderstorms and tornado concerns. In fact, the whole of Orange and Osceola counties–the two counties in which the Walt Disney World Resort resides–are currently under a Tornado Watch until at least 11:00 am ET today.

And according to Spectrum News 13 reporter Mallory Nicholls, a Severe Thunderstorm Warning has been issued for Orange County as well, with potential wind gusts hitting 60 miles per hour.

A Severe Thunderstorm Warning has been issued for Lake, Orange, Seminole, and Volusia counties until 9:30am. A fast line of strong storms will bring the potential for wind gusts up to 60mph.

This weather news is the latest in a series of storms that have left the Most Magical Place On Earth drenched and, in some places, flooded. You can read our coverage of those stories by clicking the links below: 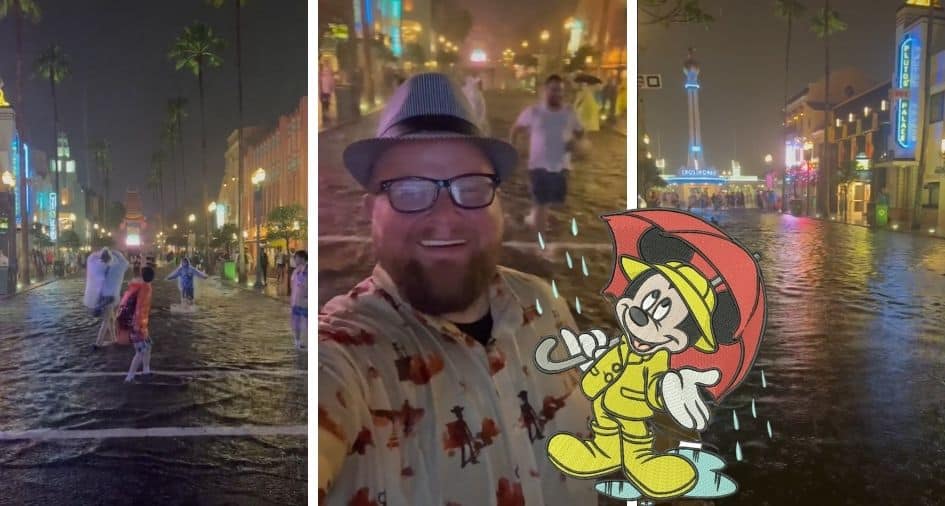 Guests visiting Magic Kingdom, EPCOT, Disney’s Hollywood Studios, and Disney’s Animal Kingdom should expect poncho-worthy weather, some temporary closures of outdoor attractions like Splash Mountain and Dumbo, and the possible cancellation of outside entertainment like the recently-returned Festival of Fantasy Parade. We also recommend taking advantage of days like today to explore indoor areas of Disney World, such as shopping at the Emporium or doing a “Monorail Crawl” to see what Disney’s Contemporary Resort, Disney’s Polynesian Village Resort, and Disney’s Grand Floridian Resort & Spa has to offer. 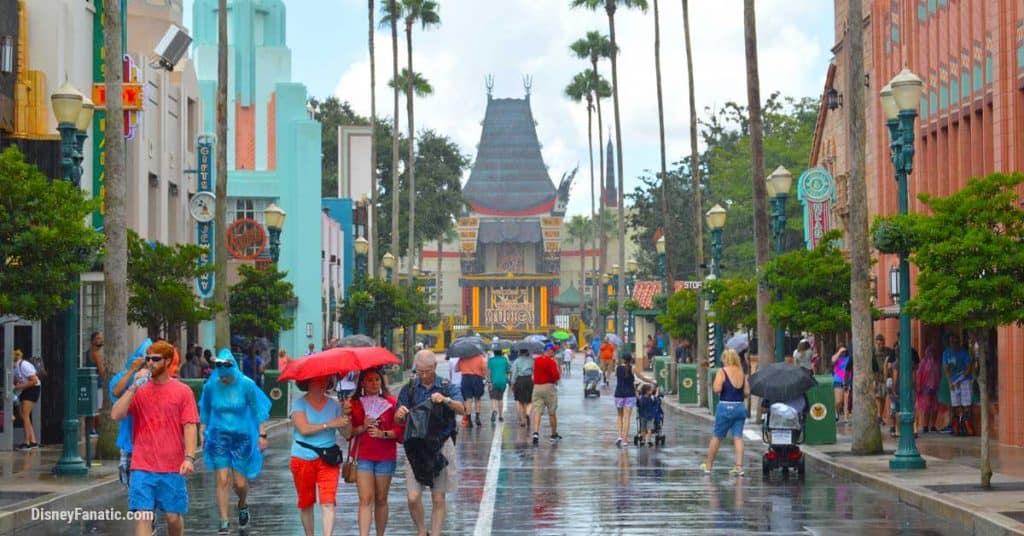 But severe weather at the Theme Parks is still a serious matter, and we at Disney Fanatic will work to keep our readers up to date on the situation as it develops throughout the day.