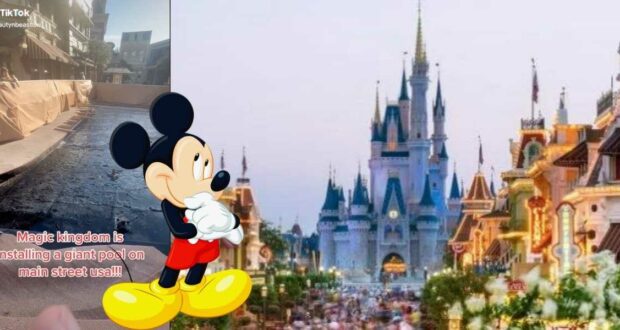 In the latest news, a fan shared footage that a large area of Main Street, U.S.A., in the Magic Kingdom, has been closed off.

The Walt Disney World Resort in Central Florida is known for being “The Most Magical Place on Earth.” Whichever Theme Park you choose to go to—Magic Kingdom, EPCOT, Disney’s Hollywood Studios, or Disney’s Animal Kingdom. Guests flock to the Disney Park to get their taste of the Disney experience and Disney magic by frequenting their favorite ride, attraction, nighttime spectacular, or show.

But there appears to be a change coming to the Magic Kingdom. TikTok user @beautynbeastdw shared a video to the platform showing a part of the Park that has been closed off.

♬ Love You So – The King Khan & BBQ Show

In the video, part of Main Street, U.S.A. is closed off for what is likely a remodel of the area, though the OP jokes that it is for a new pool. Closing off parts of the Parks or rides and attractions as well for maintenance and refurbishment is a part of the process with a Theme Park as popular as any of the Walt Disney World Resort ones.

Other users in the comments also took some humorous and hilarious shots at what the area could be. @whitney.littlejohn said, “I heard it was hot tub for relaxing. It will be a new genie+ attraction.”

The Walt Disney World Resort describes Magic Kingdom Park as a place where Guests can “explore lands of endless enchantment, where your fantasy becomes a reality.”