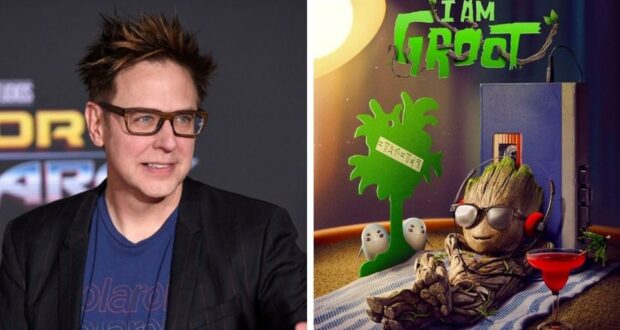 James Gunn Answers Questions About ‘I Am Groot’ Animated Series

On Sunday, June 5, Disney and Marvel announced the release of yet another Disney+ original series: I Am Groot. The animated series will shed some light on the life of Baby Groot from Guardians of the Galaxy: Vol. 2.

Guardians franchise director, James Gunn, took part in sharing the news on Twitter and graciously answered questions from the fans.

For starters, it appears that the series follows Baby Groot, or at the very least a version of Groot somewhere between the little version we see in Vol. 2 and the teenager fans are introduced to in the mid-credit scenes (and, subsequently, Avengers: Infinity War). So one fan asked if this takes place before or after Vol. 2. Gunn clarified that this series is a collection of animated shorts that are “not necessarily part of the Guardians saga.”

They are animated shorts so not necessarily part of the Guardians saga. https://t.co/NEHWcmAHtS

Gunn also confirmed that he passed on directing duties to someone else and participated in this project as an Executive Producers (EP). This will supposedly be the first Guardians project not under Gunn’s direction.

Then Gunn answered arguably the most important question of all: is I Am Groot appropriate for children? His answer: yes!

Marvel’s I Am Groot will be the latest in a plethora of original Disney+ content dedicated to Marvel Studios’ cinematic universe, following other 2022 projects like Moon Knight, SheHulk: Attorney at Law, and Ms. Marvel, to name a few.

According to Disney, Vin Diesel will reprise the character, and it will be a series of shorts featuring “everybody’s favorite baby tree” off on mischievous adventures across the galaxy.

While Marvel fans begin the countdown to August 10, Guardians of the Galaxy: Cosmic Rewind is now open at EPCOT at the Walt Disney World Resort and Marvel’s latest film, Doctor Strange in the Multiverse of Madness, will be available on Disney+ later this month.

We at Disney Fanatic will continue to update our readers on Marvel, and Disney+ news as more developments come to light.

Disney Plus disney+ Groot Guardians of the Galaxy I am Groot James Gunn Marvel 2022-06-06
T.K. Bosacki