Most people know the American actress Kristen Bell for her role as Disney princess Anna in Frozen (2013) and its 2019 sequel Frozen 2 (not to mention her voiceover work for all of the Disney rides and shows that accompany the movies), her roles in romcoms, her relatable personality, or her cheerful line of comforting moisturizers. But now the actress, businesswoman, and mother is taking on a very different role in a new Netflix series! 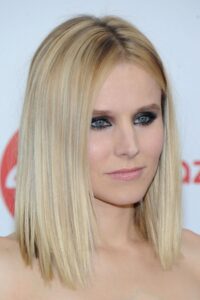 Kristen Bell’s new eight-episode series is called The Woman In The House Across The Street From The Girl In The Window, and it will be premiering on January 28 2022. The show is meant to be a satirical look at the now-cliché thrillers from recent years: an isolated, troubled woman witnesses a crime or something distressing, then struggles to prove that what she saw actually happened. There are also usually “tedious routines” that the women follow in their day-to-day life and lots of “overwrought, strained narration” throughout the stories. Judging by the teaser trailer that’s been released, this show will have some tongue-in-cheek humor as it deliberately delivers a heavy-handed take on the oddly-specific genre!

The idea of a show parodying this relatively new trope (a distressed female protagonist witnesses or participates in a crime, while she and the audience question her sanity) is not much of a surprise. After all, the outpouring of books like “The Girl on the Train”, “Gone Girl”, and “Sharp Objects” has been significant. Readers have been clamoring for more books in this niche, and authors have been providing said books in spades (with many new authors getting their start)–but most of the books have so much in common that it’s almost comical at times, so a satirical view on the books’ storyline seems like a natural progression in entertainment! 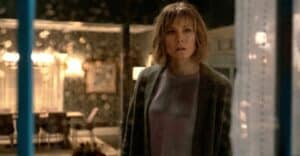 According to Screenrant.com, this new show is “riffing most clearly on The Woman in the Window“, a 2021 movie starring Amy Adams. Kristen Bell has a strong background in comedy and has proved herself to be a crowd favorite many times over, so Disney fanatics also probably won’t be surprised by the actress’s involvement in this show. Kristen Bell is also one of the producers on the show, alongside Will Ferrell–so if you usually turn away from the thrillers in this genre, and you love a good laugh, then this might be something to add to your watchlist in January!