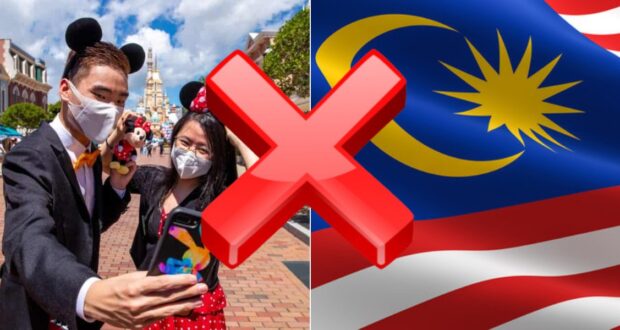 “After more than 20 years, we will have our very own new theme park and even though it might not be so large I feel that it will be more than enough to live up to the Disneyland name which is an achievement and feat in itself to be brought to our shores.”

The story was shared by the New Strait Times, who interpreted it to say that a new Disneyland was coming to South East Asia. However, that story has since been redacted, and Chairman Khamis has redacted his statement claiming it to be a “misunderstanding.”

South East Asian reporter Heather Chen also tweeted the correction, saying, in part, “There are no official plans for a Disney-themed park in Malacca, earlier reports were purely speculative and misinformed.”

To clarify: My tweet has now been deleted on orders of Disney. But the original clarification I made from reaching out and reporting still stands — There are no official plans for a Disney themed park in Malacca, earlier reports were purely speculative and misinformed.

Now, it is not too far-fetched for speculation to land on this false verdict. Beyond the simple misunderstanding lost in translation, The Walt Disney Company already has a significant Asian presence with Hong Kong Disneyland and Shanghai Disney Resorts. Disney Fanatic recently reported that an Australian Wine Magnate wanted to build the newest Disneyland in that corner of the world, and it makes sense for Disney to want to compete with Universal’s Resort in nearby Singapore.

But there is real news confirming Disney’s expansion as Disney Cruise Line confirmed the rumor that they did purchase the partially built behemoth cruise ship, the Global Dream, and are set to finish and redesign it as the latest addition to the fleet. Click below to read our coverage of that story.