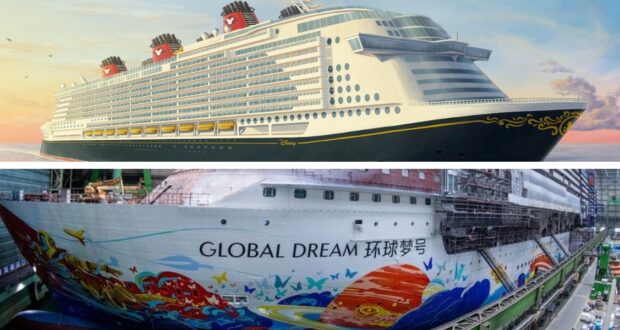 Several weeks ago, Disney Fanatic shared a rumor that Disney Cruise Line was in the process of purchasing the semi-completed cruise ship called the Global Dream. Today, we have confirmation that the sale did, in fact, go through!

The news was shared by Disney Insider Scott Gustin on Twitter, who also shared concept art of the Disney-fied 6,000-passenger vessel. Disney Cruise Line stated this was an “acquisition of a partially completed cruise ship that will bring the magic of a Disney Cruise Line vacation to a new global destination.”

The new ship, still unnamed, will NOT be based in the United States and will “feature innovative Disney experiences along with the dazzling entertainment, world-class dining and legendary guest service that set Disney Cruise Line apart.” It will be the largest ship in the Disney Cruise Line fleet, sporting 6,000 passengers and 2,300 crew members.

The 208,000-gross-ton ship is expected to be among the first in the cruise industry to be fueled by green methanol, one of the lowest emission fuels available. Disney Cruise Line expects the passenger capacity to be approximately 6,000 with around 2,300 crew members.

Disney Cruise Line is expecting the new ship to set sail in 2025.

The Global Dream was originally commissioned by the now-bankrupt Hong Kong Genting group for its Dream Cruises brand, specifically proposed for the Asian cruising market. While it is still unclear where outside of the United States she will sail, one could speculate that the refitted Global Dream could be a tool in Disney Cruise Line’s further expansion into the Far East.

In 2022 alone, Disney Cruise Line welcomed its fifth and biggest ship to the fleet, the Disney Wish, and announced the expansion of cruises in Australia and New Zealand aboard the Disney Wonder. At the 2022 D23 Expo, another ship was already announced: the second Triton-Class ship, the Disney Treasure. From what we can tell, the Treasure is still a separate and ongoing construction from this ark-sized recycling project. 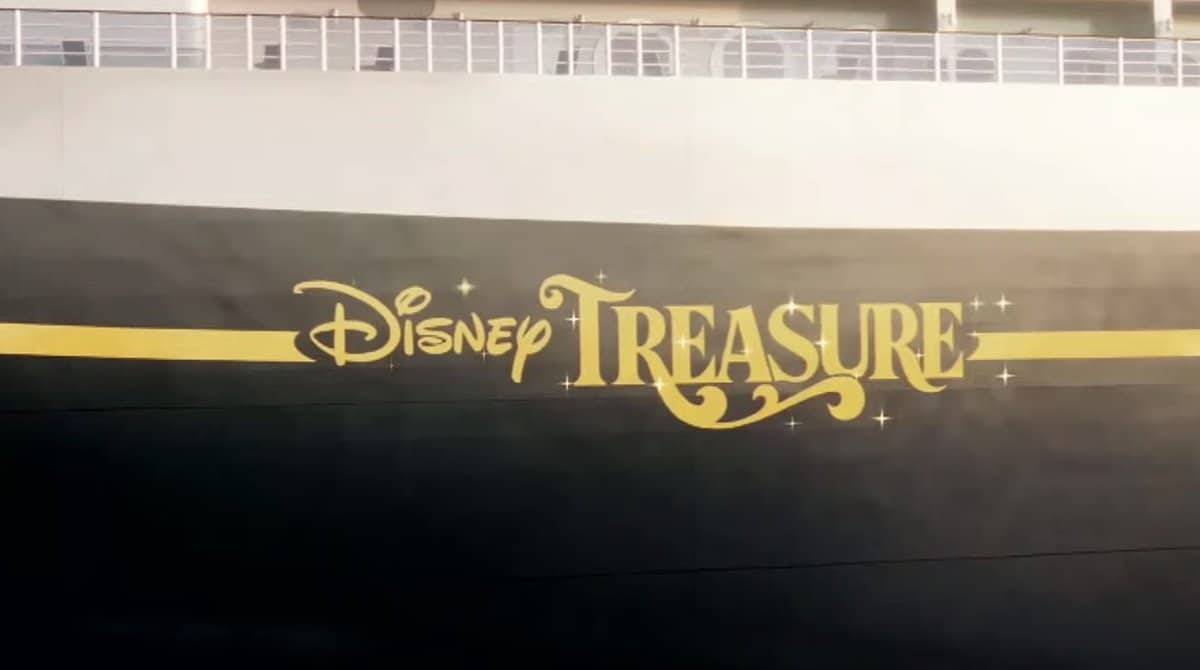 This new ship will be one of the largest in the world and will undoubtedly usher in a new chapter in the log books of Disney Cruise Line.