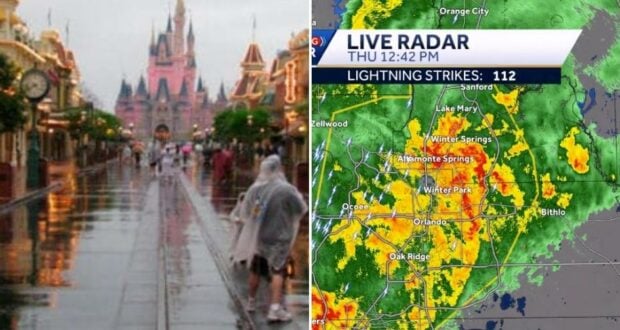 They say, “April showers bring May flowers.” But, in Florida, April showers can also bring lightning and lots of it.

On Thursday, April 7, NBC affiliate news station WESH 2 was tracking a massive storm band that was working its way eastwardly over the peninsula and leaving a trail of lightning strikes behind it.

Here is a close-up view of the immediate Disney World and Universal Studios Orlando area, where hundreds of lightning strikes were recorded within an hour:

Here's a look at the storm moving through the metro area as the severe thunderstorm warning for Osceola, Orange and Seminole Counties is lifted… pic.twitter.com/WNYzQpiaZ9

Now let’s zoom out and get a look at the big picture:

“Live look at our wide shot of the radar showing the thunderstorms working through the [Orlando] metro [area] as we speak; Nothing severs… but you can clearly see the line of storms moving through; There ARE more out in the gulf, but we’re in severe radar mode, so we aren’t shooting that far…”

Live look at our wide shot of the radar showing the thunderstorms working through the metro as we speak;

Nothing severe… but you can clearly see the line of storms moving through;

There ARE more out in the gulf, but we're in severe radar mode so we aren't shooting that far… pic.twitter.com/7zXgsed7Mt

While the storms themselves may not appear that severe, from Indian Rocks Beach to Daytona Beach, thousands of lighting strike markers dot up the screen, which can be a worry for those looking to brave a little wind and rain for outdoor activities (like visiting a Disney Park).

However, since we first shared this story, we have received word that the Disney World area is now under a severe storm warning with high winds and even some hail detected.

For those Guests visiting the Walt Disney World Resort today and later this week, we at Disney Fanatic advise that a rainy-day contingency plan is ready to go.

Once lightning is detected within a certain radius of Magic Kingdom Park, EPCOT, Disney’s Animal Kingdom, and Disney’s Hollywood Studios, safety measures require that all outdoor attractions in each respective Theme Park from Splash Mountain to Slinky Dog Dash will close for a period of time. Outdoor shows, cavalcade, and parades like the Festival of Fantasy can also be canceled due to weather. In extreme cases, flash flooding of Main Street, U.S.A., Hollywood Boulevard, and other thoroughfares is also a possibility. 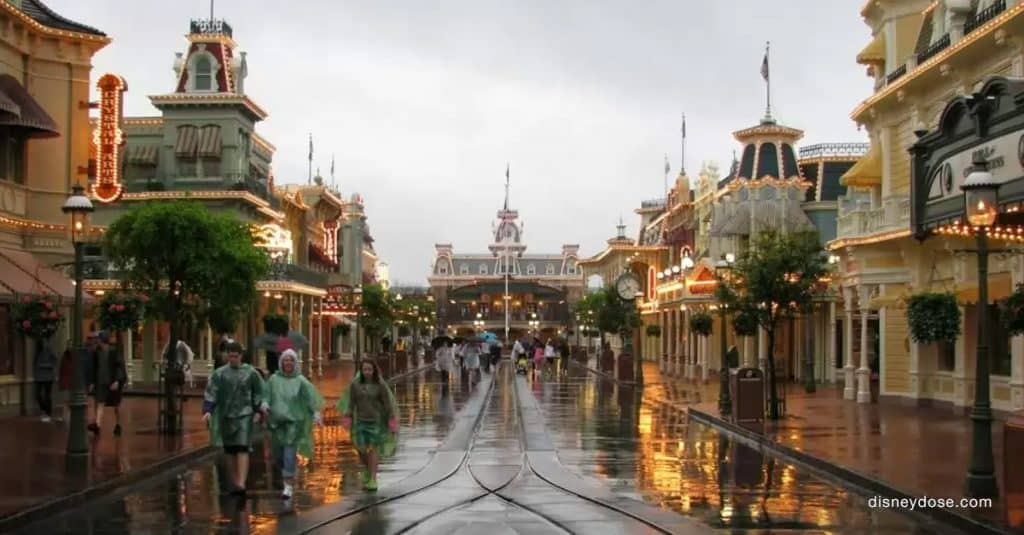 Click the links below to read more about our rainy-day advice and suggestions:

We at Disney Fanatic will continue to keep our eye on the severe weather and all other Disney-related news as more information comes to light. 2022 Hurricane Season does not begin until June 1.