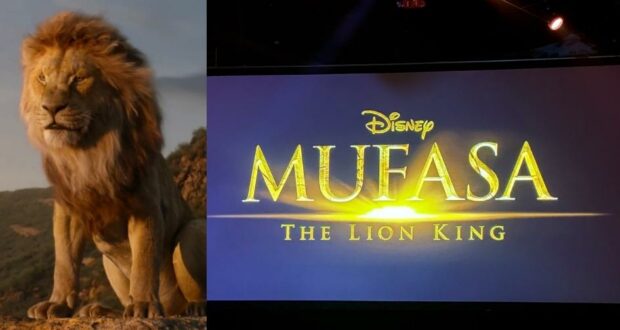 We are going back to the Pride Lands, Disney Fanatics!

As the first day of the 2022 D23 Expo treks on, Walt Disney Studios has revealed that it will follow Jon Favreau’s CGI remake of the 1994 classic The Lion King with a prequel about Simba’s father.

It will be called Mufasa: The Lion King.

@DLPReport was on-hand and shared a picture from the panel on Twitter saying, “‘MUFASA’ will chronicle the upbringing of the beloved Lion King character.”

“MUFASA” will chronicle the upbringing of the beloved Lion King character. #D23Expo pic.twitter.com/PZ7b4WV91M

Voice by James Earl Jones, Mufasa is the King of Pride Rock and of the Pride Lands. But when fans were introduced to him and his evil brother Scar in the Walt Disney Animation Studios’ show-stopping epic, the brothers’ backstory was shrouded in mystery. How did Scar get so resentful of his brother? How did Mufasa rise to such dominance? What was their father like? How did Mufasa meet Sarabi? How did Scar get his demeaning nickname, and what is his real name? All of these questions can potentially be answered in this prequel.

Disney confirmed the news on Twitter, clarifying that this prequel will be released in 2024.

The announcement of a Lion King prequel came with the release of the long-anticipated trailer for Disney’s Enchanted sequel, Disenchanted, as well as the latest trailer for Hocus Pocus 2, and confirmation of the release of Peter Pan and Wendy on Disney+.

Unfortunately, few specifics are still known about this project surrounding Mufasas origin story, including its plot, at the time of this article’s original publication.

Now, according to Variety,

“The film will feature the voice of Aaron Pierre and Kelvin Harrison Jr. as younger versions of the characters, filling in for James Earl Jones as Mufasa in both the 1994 original and the 2019 CGI remake, and Jeremy Irons and Chiwetel Ejiofor as the villainous Scar.”

Exclusive footage shown at the D23 Expo apparently reveals that the King of Pride Rock was actually an orphan.

We at Disney Fanatic will continue to keep up with this story and other Disney Movie news and share more developments as they come to light.

Mufasa Scar Simba The Lion King 2022-09-09
T.K. Bosacki
Previous: ‘Disenchanted’ Trailer Is Released
Next: What We Know So Far About Tiana’s Bayou Adventure