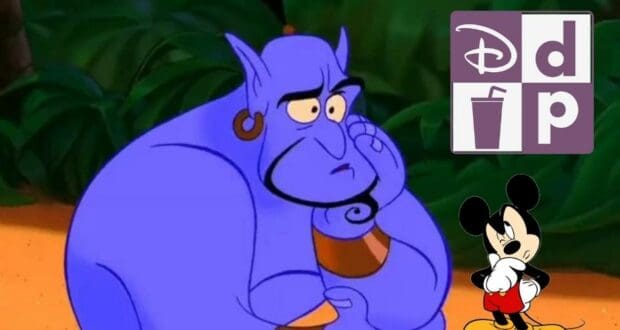 The Disney Dining Plan, a beloved budgeting option of countless Disney Parks Guests, remains one of the few Disney Park things still in limbo since the reopening.

It was thought–or at least hoped–by many that the Disney Dining Plan would make its return to Walt Disney World Resort sometime this year. Alas, that has not happened and does not look to be happening. Now, looking to 2023, I am willing to wager that we still won’t get the Disney Dining Plan. Instead, my gut is telling me that Disney Parks will give us options like these: Honestly, regardless of whether or not this is intended to help replace the Disney Dining Plan, I get the sense that this is a natural evolution of Disney Genie+ at this point.

Disney Genie+ has already consolidated Guests’ daily access to Park experiences like most former-FastPass lanes, mobile ordering, and dining reservations. And they are going to start charging more per person per day? It only makes sense that they would get a complimentary snack and drink throughout the day. Integration of this credit would arguably be relatively easy. Guests would probably get a scannable QR code good for any of the kiosks around the Parks that offer only certain popular items like popcorn (reusable bucket still costs extra), mickey pretzels, mickey ice cream bars, and toasted almonds. The available drinks will be all of the bottled coke products except SmartWater and Powerade.

One of the perks of the Disney Dining Plan was that it included a certain amount of snack credits per family. Adding a snack and drink credit to Genie+ could at least help compensate a little for that lost benefit.

This one has been around for a while, but its expansion makes sense with Disney’s monetization direction of its FastPass system. Disney World Guests are able to make special reservations at select restaurants that essentially trade a guaranteed minimum amount on the tab in exchange for reserved seating for special nighttime shows and spectaculars.

The best current examples of these options can be found at EPCOT. Guests can make special reservations at select restaurants around World Showcase that include special seating for “Eat to the Beat” performances during the International Food and Wine Festival, “Garden Rocks” performances during the International Festival of the Arts, and the iconic Candlelight Processional during EPCOT’s International Festival of the Holidays. Waterfront restaurants Rose and Crown in the U.K., and Spice Road Table in Morocco, also offer special offers that combine dinner with a view of the nightly fireworks spectacular Harmonious.

I can see Disney Parks expanding this further to include more–if not all–shows and parades. Imagine being able to make breakfast reservations for Cinderella’s Royal Table, Be Our Guest, or Crystal Palace, which gives you and your family preferred seating for the Magic Kingdom’s Festival of Fantasy Parade, Disney Enchantment Fireworks, or both.

Perhaps select dining options could also be created to offer ride- or area-restricted Lightning Lane passes for parties that spend a certain amount per person. For instance, imagine if making an effort to enjoy lunch at Skipper’s Canteen in Adventureland rather than a cheaper quick service stop earned you and your family a Lightning Lane for any Adventureland attraction like Jungle Cruise or Pirates of the Caribbean. Or, imagine if ordering a special drink at Tiffin’s Nomad Lounge earned you Lightning Lane good for Avatar: Flight of Passage, Kilimanjaro Safaris, or Expedition Everest. (of course, a limited amount of these special reservations will only be available per day).

The idea here is that families feel like they can forgo buying Genie+ or an Individual Lightning Lane to get what they want. 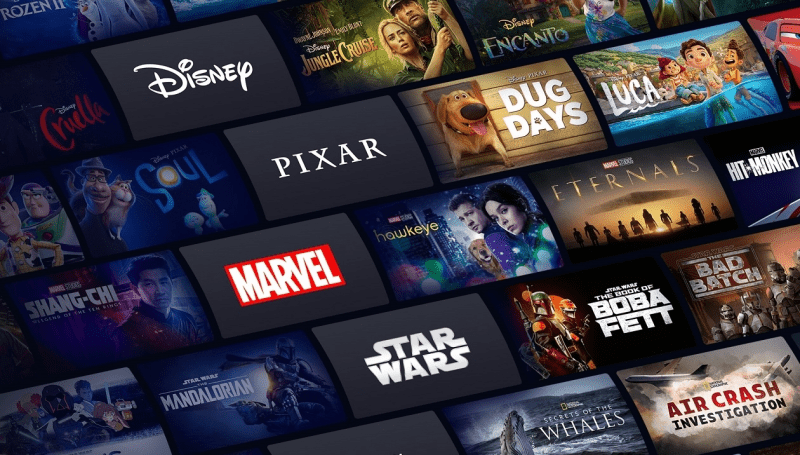 Since The Walt Disney Company is pushing hard to make every Disney Fanatic a Disney+ subscriber and have already begun offering hard-to-pass discounts specifically for them, it makes sense that the discounts will expand to cover Disney Dining options as well.

Right now, for instance, Disney+ subscribers can save up to 20% on Resort hotel stays on most nights this Holiday Season between December 11 – December 25. By comparison, the gap appears to be closing on Annual Passholders who can get a 25% discount between October 23 – December 25.

We at Disney Fanatic recently reported on CEO Bob Chapek’s desire to use data to integrate a person’s Park experience and Disney+ experience together. Wouldn’t dining preferences be included? It makes sense, then, that we could see a dining incentive provided to Disney+ subscribers.

The Disney Dining Plan was a bundling option that allowed non-Annual Passholders to save on meals during their vacation. Expanding Disney+ subscriber discounts could help compensate for those non-AP Guests looking for another way to save money. 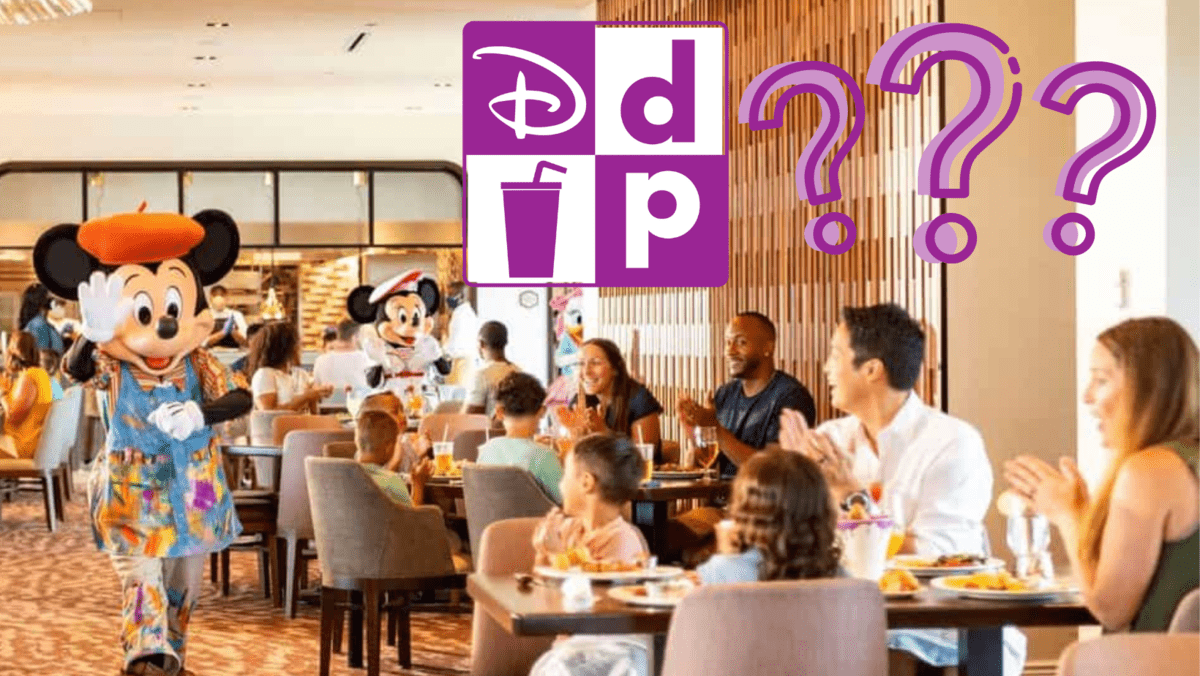 Please note that I do not intend to suggest that these three hypothetical situations would be direct replacements or even good ones. There is also no official word from Disney confirming or even suggesting these hypotheticals to be a possibility. This is simply my gut feeling on the future of the Disney Dining experience based on my observations of the recent decisions made by Bob Chapek and Josh D’Amaro.

I don’t know what is going to happen to the Disney Dining Plan. Personally, I have never used it. But I have been in this industry long enough to know that more than enough Disney Fanatics have used it religiously. And I know their demand for a budget-friendly multi-day dining option is still strong enough to warrant some reaction from Disney Parks, Experiences, and Products. The only question is, what will that be? 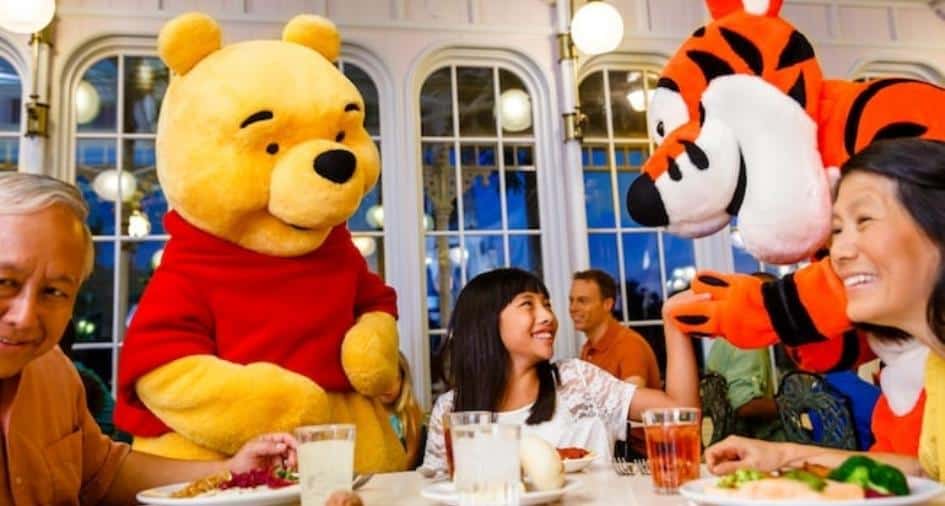