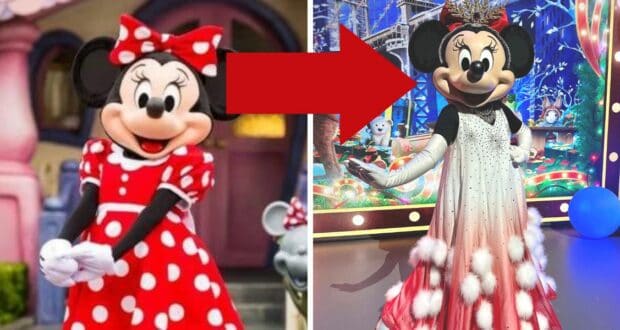 Minnie Mouse is considered to be a Disney darling and an icon in the minds of many Disney fans (even if the Walt Disney Company itself has not been particularly popular with Disney enthusiasts these days).

The last time that Minnie Mouse donned a special outfit that steered away from her usual palette of red, black, and white was during the reveal of the Walt Disney World Resort 50th anniversary costumes for the classic Disney characters, and the last time before that was a particularly controversial Stella McCartney pantsuit.

Now, Minnie Mouse has just put on a new kind of outfit — and it’s not a pantsuit, but it is certainly not her normal look! In an effort to embrace a “Broadway” theme for one Disney Resort’s holiday celebrations, Minnie Mouse and friends like Donald Duck dressed more like New York City or Old Hollywood stars instead of wearing their normal costumes. 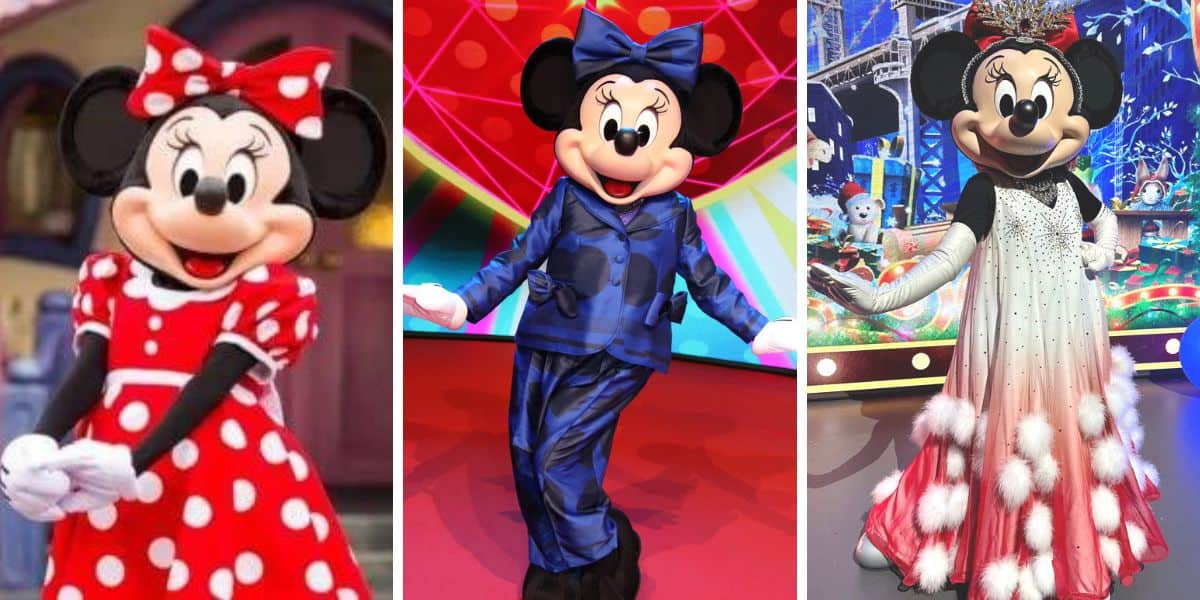 Minnie Mouse has worn several new outfits recently, including her Stella McCartney pantsuit and her Christmas dress inspired by Broadway.

Take a look at Minnie’s new look in the Tweet from the DLP Report, shown below! “Minnie is ready for a fabulous Christmas at the new Broadway meet and greet starting today at Studio Theater,” the Twitter user wrote, referring to a Disneyland Paris Resort location.

📍Minnie is ready for a fabulous Christmas at the new Broadway meet and greet starting today at Studio Theater 🎄 pic.twitter.com/gMn1q7rTsz

You can also see Donald Duck in his own Christmas outfit below! Minnie Mouse, Donald Duck, and their other Disney pals will be wearing their holiday finery throughout the Disneyland Paris Resort Christmas celebrations.

📍Minnie and Friends welcome Guests to celebrate a “Broadway Christmas” at Studio Theater starting today and for the entire Christmas Season! 🎄 pic.twitter.com/FVWqU6zMjR

What do you think of the long, flowy gown that Minnie Mouse is wearing (which does feature her usual red and white, but in a far more subdued way, and also includes several fluffy pompoms)? Do you prefer this look to her controversial pantsuit?

This will not be the last time that Minnie Mouse dons an unexpected outfit for a special event; she and her other half, Mickey Mouse, are apparently going to be wearing some different outfits for the 100th anniversary of the Walt Disney Company!

Do you find it exciting to see Disney characters in outfits that change with the season or change for special events — or would you rather see them in their traditional costumes all year round to help you tap into that classic Disney magic?