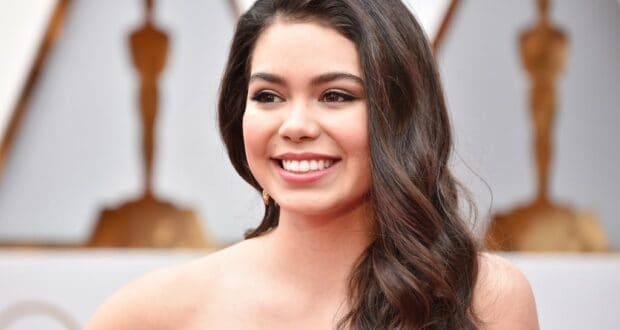 Most Disney fanatics who have watched the 2016 movie Moana have fallen in love with the Disney princess in the story and the Hawaiian actress who voiced her. Auli’i Cravalho was a high schooler performing in a talent show when she was scouted for the role of Moana, and now the actress and powerful singer has continued to rise in Hollywood! However, Auli’i returned to her Disney roots for this year’s holidays at Disney World. Disney’s Candlelight Processional is a narrated event, and Auli’i was one of this year’s narrators!

The cheerful young actress took to Instagram to show fans her outfit for the event. Even though the narrator of the Candlelight Processional isn’t the entire focus, the narrators still want to look nice and festive–and Auli’i definitely pulled out all the stops with a Giambattista Valli look that is elegant and glamorous but also approachable! 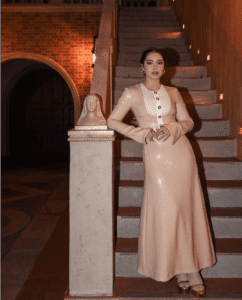 “Lived out my sequined Italian dream in @giambattistavalliparis,” Auli’i wrote in her post. “Always a joy to narrate #CandelightProcessional in #DisneyWorld!!”.  Auli’is sequined dress has a high neck, buttons, and a unique texture that almost makes it seem like she’s wearing a sweater dress instead of a high-end luxury gown. Her soft brown smoky eye, neutral lip color, and refined hairstyle also make it seem like she’s just casually joining everyone at Disney World for a comfortable little holiday party–although in reality she’s wearing some very expensive things! Auli’i’s decadent jewelry is the biggest element that makes this narrator’s ensemble more sophisticated, but it definitely fits well with the candlelight and with the Candlelight Processional’s color scheme! 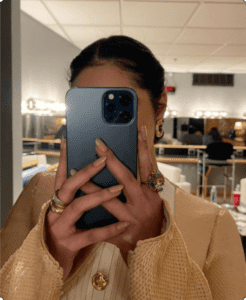 “I don’t think you understand the DRIP for #CandelightProcessional” Auli’i also joked on Instagram, sharing the picture above of her jewelry for the event. The jewelry that she’s wearing is from Beladora, and her heels are from Stuart Weitzman.

Disney fans can see Auli’i next in her new voiceover role for an upcoming Disney series, and they will most likely ‘see’ more of Auli’i as Moana in the future too!