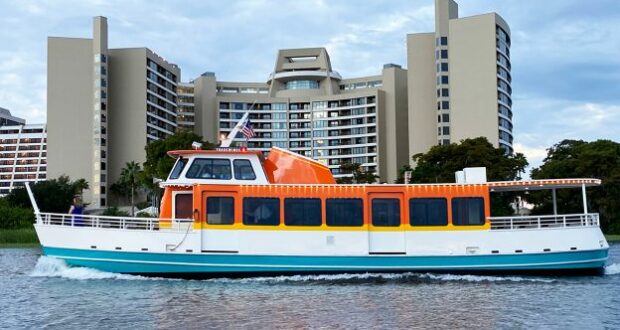 A new motor cruiser boat was recently launched for Guests visiting the Magic Kingdom. The new watercraft, called Tradewinds, will be helping Guests arrive at the Magic Kingdom by bringing them across Bay Lake and Seven Seas Lagoon, and Disney transportation Cast Members even had a part in naming the new boat! 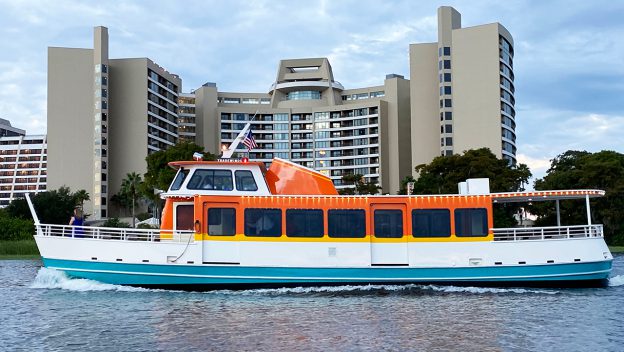 The new motor cruiser joins the fleet right at the start of the 50th anniversary celebrations at the Walt Disney World Resort, continuing a tradition of watercraft that have been bringing Guests across Bay Lake and Seven Seas Lagoon since the park opened in 1971. Tradewinds is actually the first addition to the fleet in 30 years!

Walt Disney Imagineering came up with a number of names for the new vessel, and watercraft Cast Members ultimately helped them land on the name Tradewinds. “Trade Winds” are the continuous breezes that move across the equator, so Cast Members felt the name was the perfect homage to this transportation system that has been running continuously since 1971.

Cast Members who work on Disney’s watercraft were also instrumental in the design of Tradewinds. They were able to share feedback with Disney Imagineers that helped shape the boat’s design with things like the positioning of the pilot house to the ability to add extra and more comfortable cabin space for Guests. Also selected by watercraft Cast Members is Tradewinds brand new colors, of bright orange, yellow, white and teal, making her stand out from the rest of the fleet outside the Magic Kingdom. In the photo below, Cast Members joined together to christen the boat in true nautical tradition before her maiden voyage across the lagoon. 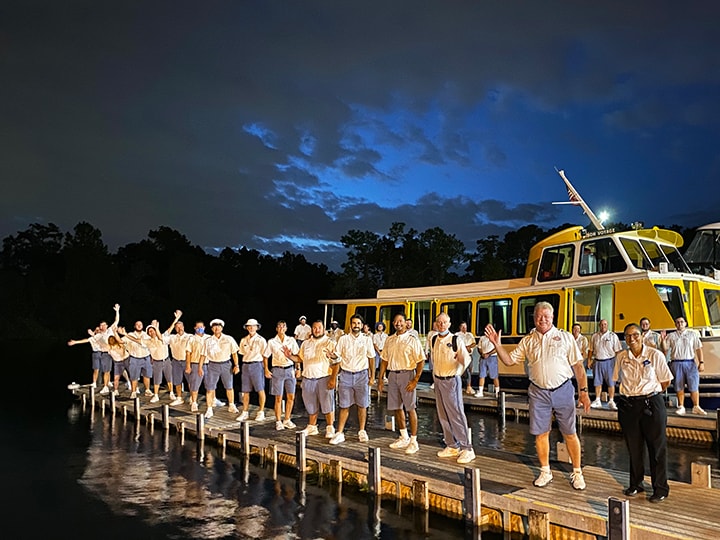 If you’ve ever wondered why exactly it is that the Magic Kingdom’s parking lot is not located right next to the part, the decision actually goes back to Walt Disney and the ways he wanted to improve upon Disneyland. He felt that having the parking lot so close to the entrance of Disneyland took away from some of the immersive experience. Simply put, you do not want to see too much of the real world while visiting the Happiest Place on Earth. The same logic was used at Walt Disney World, which is why the Magic Kingdom’s parking area is located across the water. The distance (and the boat or monorail ride) helps to create the immersive feeling that Guests really are entering a world of fantasy.

Next time you arrive at the Magic Kingdom, keep an eye out for Tradewinds. You may even be able to cruise aboard the new vessel on your way to the park!