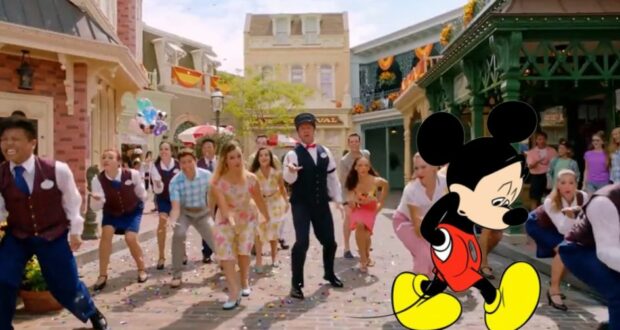 Old Disney Commercial Reminds Fans of All the Missing Magic

It has been a whirlwind adventure to be a Disney fan these past couple of years. With the COVID-19 pandemic shaking up the world, a “new normal” is evident in many components of life… including a visit to Walt Disney World and Disneyland Resort.

As Disney pressed the reset button on many of its Guest services at Walt Disney World Resort, an old commercial resurfaced… reminding fans of all the missing magic.

The old Disney commercial going viral first aired in 2015. By watching the video, it’s easy to see just how much has changed in the past seven years at Disney.

Check out the light-hearted commercial in the tweet from @ScottGustin below where he mentions, “2015 somehow feels like yesterday but also 20 years ago”:

Did you catch all the missing magic announced in the old commercial?

Extra Magic Hours (EMHs) was a daily perk where Disney offered its Resort Hotel Guests an hour either in the morning or evening at a select Disney Park to enjoy the Park outside of its official Park hours.

With EMHs dropped, Disney does now offer Early Theme Park Entry for all Disney Resort Hotel Guests. This is a 30-minute window in the morning to enjoy any of the Disney Parks before it opens to all Guests.

Staying at a Deluxe Resort? Guests can take advantage of the Extended Evening Theme Park Hours. On select days at either EPCOT or Magic Kingdom, Deluxe Resort Guests can stay in the Park for two extra hours – but this does require paying that higher Deluxe Hotel pricing to enjoy the perk.

Of course, the commercial also mentioned the beloved FastPass+ system which Disney dumped after COVID reopenings. Instead of the former complimentary FastPass+ system, Guests can now pay to use Disney Genie+ or purchase individual Lightning Lane passes.

The commercial mentions flying into the Orlando International Airport where Disney’s Magical Express would pick Resort Guests up. As the video said, “transportation, it’s on us”. Now, Disney has dropped the complimentary Magical Express.

Instead of the Magical Express, Disney Resort Guests now need to seek and purchase their own transportation to and from the Disney Resort Hotels and the Orlando International Aiport. Mears Connect and Sunshine Flyer are two options – but at a cost, however.

The comments on the video post are hard-hitting as Disney fans are missing the magic. Some said, “This was a blast! From a time when Disney cared and tried!” with another commenting, “This is surreal to watch considering they’ve done nothing but chip away at offerings for hotel guests. This is a bygone era.”

2015 certainly does seem like an eternity ago when watching this memorable Disney commercial.