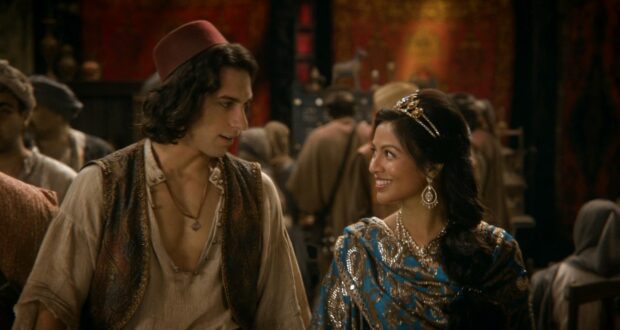 Karen in 'Once Upon A Time' Credit: abc.go.com

If you’re among the Disney fanatics who don’t know the name Karen David, then you’re not alone–but you might have seen the English actress and singer who goes by that name more than you realize! Karen David is currently playing Grace in ‘Fear the Walking Dead’ on AMC, but she has previously played two princesses, and one of them was a very famous Disney princess. Karen played Princess Isabella in the underappreciated fairy tale show ‘Galavant’, and then played Princess Jasmine in the popular fairy tale series ‘Once Upon A Time’. 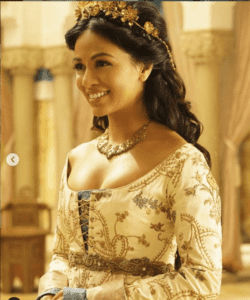 Although it’s been a while since she played any princesses, Karen reminisced about her roles and Disney princess pressure while chatting with Chris Hardwick on his podcast.

Karen acknowledged that there is a stark contrast between the “regal tiara”, “beautifully-curled hair”, and “princess gown” aesthetic from those two shows and the apocalyptic “grit and dirt” from her current role as Grace. Her recent project is definitely the “complete opposite” of a Disney princess role, but Karen told Chris that she had meant it to be! 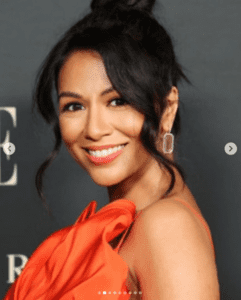 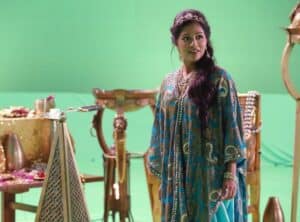 “I had done Galavant, and that was [a] Dan Fogelman sort of medieval comedy musical with Alan Menken, and I was playing a very feisty princess in that…I loved the whole genre, poking fun at the whole fairy tale genre,” she said. “So to go from that sort of ‘Princess Bride’ meets ‘Men in Tights’ to ‘Once Upon A Time’–there was this pressure to play this iconic childhood character that we all grew up with”. 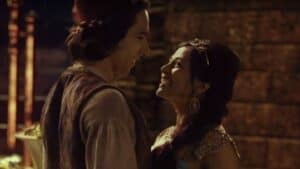 Karen emphasized that she remembers being very aware of a Disney princess’s significance while playing Jasmine, too. “Everyone has their own idea of what Jasmine should and shouldn’t be, so it was really important for me to find that balance where I could be proud of a character like Jasmine, portraying her in today’s day and age [and] sort of making her a bit more accessible and humanizing her, which is what I loved about ‘Once Upon A Time’…placing these Disney iconic characters in everyday situations…that was really fun”.

After her role as Jasmine was over, Karen says “I knew after that…I wanted to show that I could do more” than playing either a “comedy feisty princess” or a “Disney iconic character”. “It was really important for me to really do something completely unexpected and opposite,” she said. Her fans will definitely agree that her current role is far from Valencia or Agrabah! Karen also just shared a video of her singing in honor of Stephen Sondheim, since he passed away recently. Check it out here, and get a glimpse of her singing abilities below as her character tries to ‘battle’ with Queen Madalena (played by Mallory Jansen) in Galavant! Be warned, though: Galavant is not as kid-friendly as ‘Once Upon A Time’!