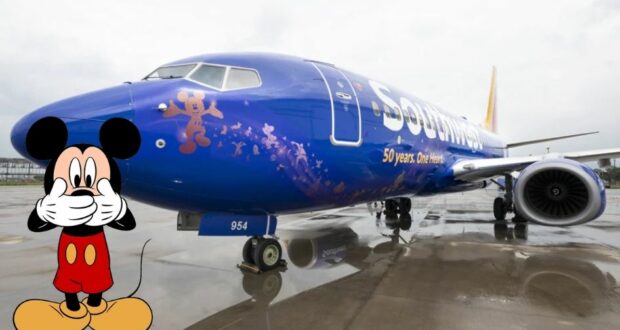 Hold on to your seatbelts! It’s about to get real. Just how busy can Walt Disney World Resort travelers expect the Orlando Airport to be? Well, the world’s busiest airport results will have you needing to pack your patience.

Orlando International Airport (MCO) is the hub of Central Florida’s tourism industry. Travelers from around the globe fly in to experience all that the Sunshine State has to offer, and yes, Walt Disney World Resort is among the top destinations.

Even though Walt Disney World Resort Guests can no longer take advantage of Disney’s Magical Express, other options such as Mears Transportation and the Sunshine Flyer are perfect ways to get to and from the magic.

And while MCO has been hard at work expanding its new, stunning, and high-tech “Terminal C” to welcome more travelers, they are going to need to work faster as the passenger count for the airport is on the rise.

Reports from Orlando Sentinel reveal the surprising results that the Orlando International Airport is now ranked among the world’s busiest for passengers in 2021. Get this… the airport has jumped from a 27th ranking in 2020 to a 7th place ranking in 2021! The massive seventh place busiest airport in the world ranking is no small feat.

Furthermore, Airports Council International (the leading industry group for tracking air traffic) noted MCO has the biggest improvement recorded in the year-over-year climb with a growth of 87 percent from 2020 to 2021.

Why the 7th place positioning? Well, it seems like the pandemic has something to do with the climb.

Orlando Sentinel reports, “The 2021 rankings reflect a strong rebound for U.S. airports in general, coming back from the pandemic’s crush of air travel in 2020, but also reflect how world travel and leading international airports, including those in London, Paris and Dubai, were struggling last year because of the pandemic.”

Not too far from the Sunshine State, Atlanta, Georiga’s airport has landed the number one spot as the world’s busiest airport for passengers. The major U.S. airports in Dallas, Denver, Chicago, Los Angeles, and Charlotte also ranked, in that order, ahead of Orlando.

All this said – it’s no wonder Orlando International Airport is working diligently to complete its $2.8 billion dollars “Terminal C” project which will be able to accommodate 12 million passengers per year when it opens in the summer of 2022.

Disney fans! Be sure to pack your patience and plan for plenty of travel time when visiting Orlando International Airport, the 7th busiest airport in the world. In the meantime, we’ll continue hoping Disney builds its own airport.