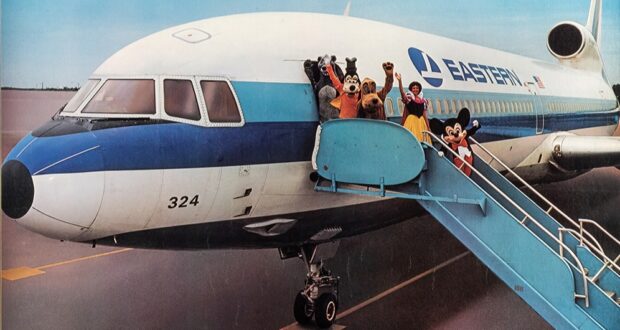 Why Doesn’t Walt Disney World Build Its Own Airport?

The Walt Disney Company has quite a history involving aircraft of various types, from Walt Disney’s personal plane to former official airlines of Walt Disney World, and more. Even with the recent discontinuation of Disney’s Magical Express service between the Orlando International Airport and Walt Disney World, the resort continues to work in close partnership with the airport through special promotions, advertising and working together on alternative methods of ground transportation. 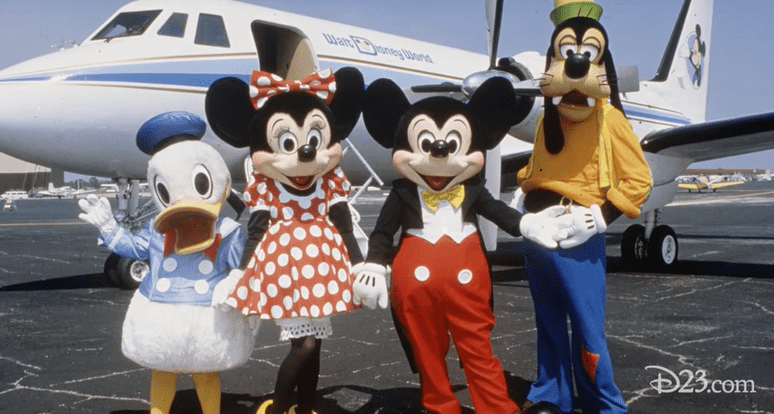 While using Walt Disney’s Grumman Gulfstream I airplane for flights between Burbank and Orlando, the pilots flying the plane used to land on an airstrip right on Walt Disney World property. On top of this, Walt Disney World is larger than many cities that have their own dedicated airports, with the facilities managed by the Reedy Creek Improvement District, the resort effectively runs as its own city. In terms of square footage, Walt Disney World is 44 square miles, or twice the size of Manhattan, which has two airports of its own.

So why doesn’t Walt Disney World have its own airport then? Here’s what we think…

From the opening of the Walt Disney World Resort in 1971 through 1987, Walt Disney World operated in partnership with its “official airline,” the now-defunct Eastern Airlines. If you remember taking trips to the “Vacation Kingdom of the World” during this time, you might remember seeing ads for the airline, or you might have noticed it listed as the sponsor for the former Magic Kingdom attraction If You Had Wings. (The space that once housed If You Had Wings is now home to Buzz Lightyear’s Space Ranger Spin.) 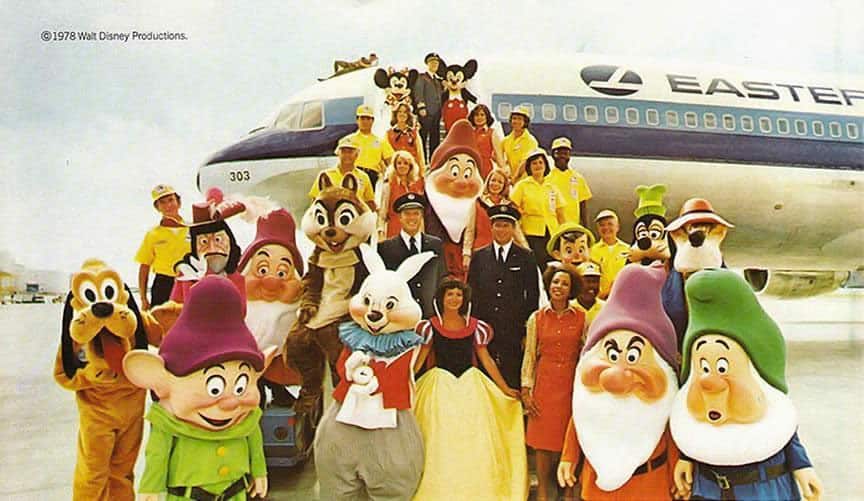 People in the 1970s and 80s planned their travels differently than they do today, with the main point being that there was more loyalty to airlines than travelers typically tend to have now. While we do favor airlines we have credit cards with or that are offering a great deal on miles, the majority of Guests are choosing their flights based on factors like convenience to their destination, price, and whichever benefits are important for them (free seat selection, bags included, etc…) 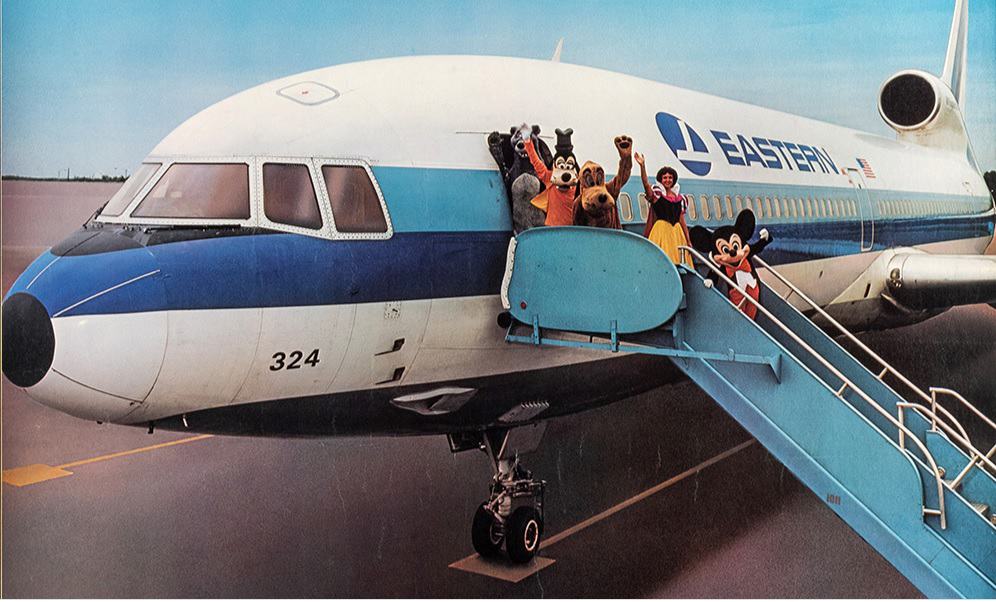 As other airlines began flying to Orlando in greater quantities though, and since Disney only had control over marketing efforts with the one airline the company worked with at the time, not the entire airport, the need for an official airline lessened, and the partnership ended as a result in 1987.

Years later, labor disagreements within Eastern’s unions and high oil prices combined with the debt the company carried were detrimental to the business. Eastern Airlines itself went out of business altogether in 1991.

While an official airline is surely different than operating your own airport, we take the Eastern Airlines story as an example of why Disney would not run its own airport with too many others close by, and with some level of unpredictability in operating costs. With so many other easy ways to get to the area, there would be little motivation to book at Disney’s airport vs. at Orlando International or even Orlando Sanford International Airport, especially if the latter two came at a lower price point.

Operating an airport would bring a whole new set of staffing and liability challenges to Walt Disney World that the resort is not equipped for and perhaps has no interest in handling. Walt Disney World is already the largest single-site employer in the country with about 77,000 Cast Members employed by the company. 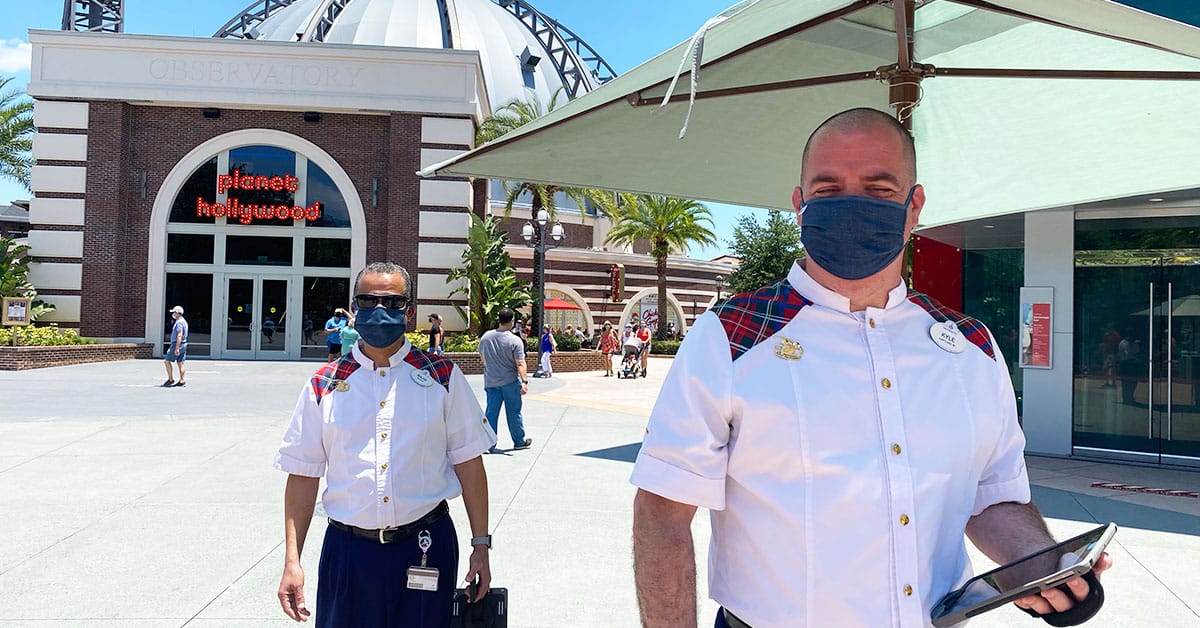 Adding the staff needed to operate an airport might be the one thing to put Disney’s staffing situation over the edge. Airports by their very nature also need to be staffed to some capacity 24/7, which could be difficult to recruit Cast Members for.

While Disney certainly has some of the best insurance policies out there, a whole new host of liability issues could arise while running one’s own airport, and we would not be surprised if Disney did not deem such issues as worth the risk.

Did you know that oftentimes when your flight is delayed or canceled you are entitled to stay overnight at a hotel on the airline’s dime? This typically works well in cities if hotel rooms are needed as something nearby should be available, but Walt Disney World is its own private property so this could be a whole different story. 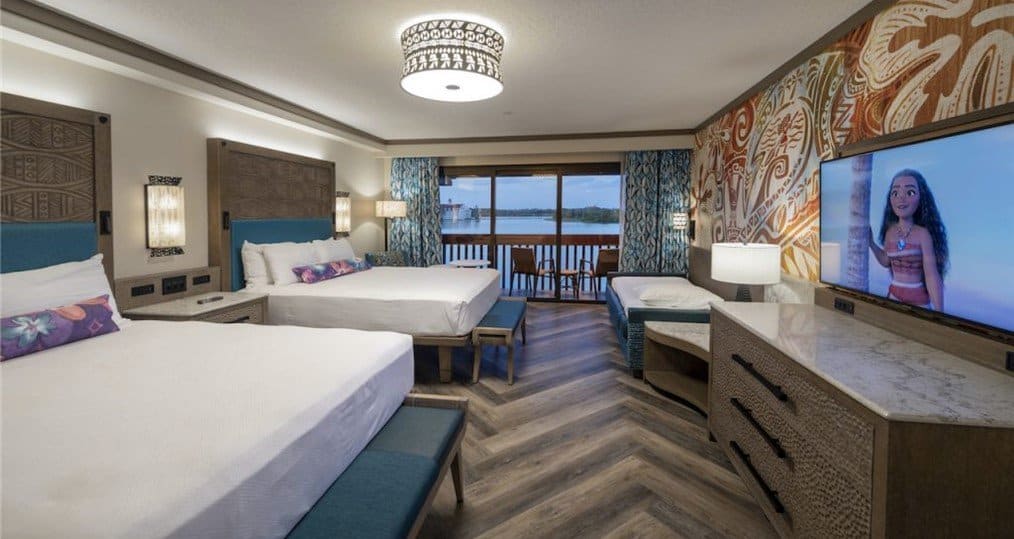 If a Guest needs overnight accommodations due to flight cancellation, Disney would likely send them to one of their own hotels. This could become problematic however during peak seasons when many Disney hotels, especially the affordable ones, are filled up. While not directly related to having its own airport, we cannot imagine that Disney would want to bite the cost of the hotel room every time this happened in the first place, and furthermore have available options mean comping deluxe resorts because that is all there is. Even worse, all of Disney’s hotels could be booked, leaving Disney to hope for availability at a Good Neighbor hotel or pay a competitor.

There Would Be Too Much Competition

A Disney-owned and operated airport would have to come with some significant perks for enough Guests to book flights into it to keep it successful. We have already seen how the removal of perks for Walt Disney World Resort Guests has shifted travel plans with Guests who used to only stay on Disney property and now look elsewhere.

Assuming an official Disney airport on property would come with higher operating costs, flights to and from the location would be more expensive. If travel to and from the Orlando International Airport and Walt Disney World (or even other airports throughout FL) were less expensive, Guests would likely find it difficult to justify booking in Walt Disney World even with it being more convenient. 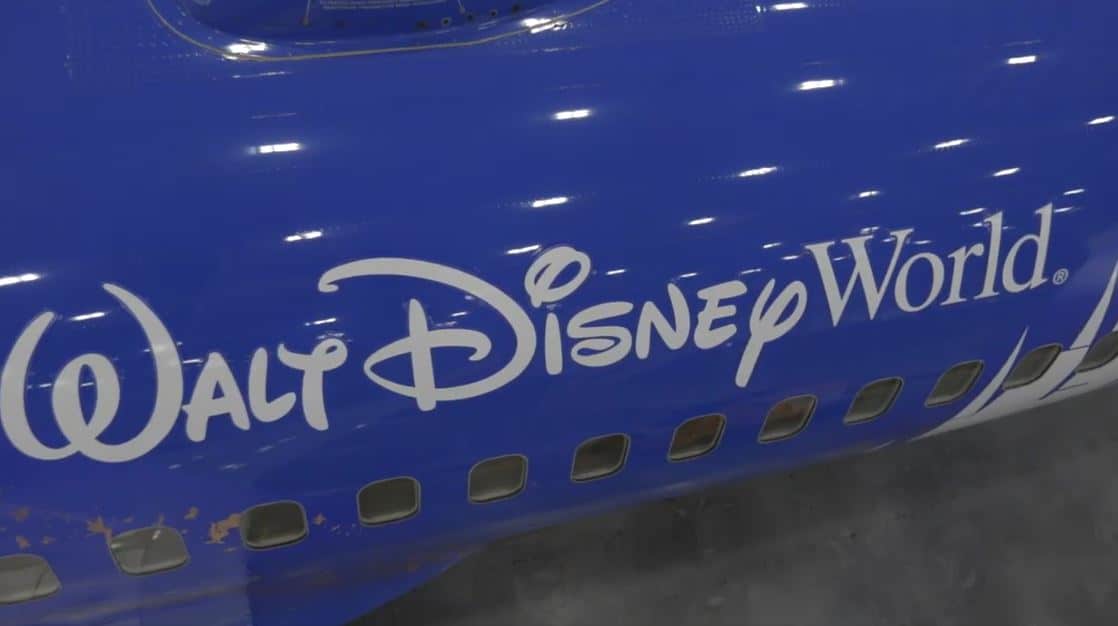 On top of the competition from other airports, there is also competition from other forms of travel, especially since COVID-19 has changed the ways that many people travel. Some travelers have still not returned to booking flights, and have been planning road trips where they can travel in their own vehicles or rental cars instead.

It is also worth noting that the Brightline Train is currently in the works and set to open in 2026. The new high-speed train will include service from the Orlando International Airport to Disney Springs, offering a convenient way to get onto Disney property from Orlando’s existing airport and therefore making it even more difficult to justify the higher cost of flying into Disney’s own airport if one were to ever exist.

Disney is in the best possible situation right now with its relationship with the Orlando International Airport and the numerous airlines that fly into the area. By not running the airport themselves, Disney isn’t losing money on all of the operating costs that would come with it, and they have the ability to partner with multiple airlines giving them the best bang for their buck.

Of course, it sounds a little silly to sound concerned about Disney losing money as the company as a whole has more money than most of us could ever imagine! As diehard fans though we’d prefer Disney have more money to put into enhancing the Walt Disney World Resort rather than to bury it into the operation of a company-run airport.