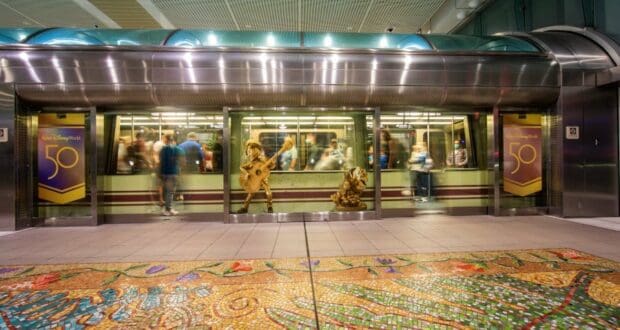 Arriving into the Orlando International Airport for your next Walt Disney World vacation soon? You may come across some familiar faces as the airport is now sporting special displays for the 50th anniversary of the Walt Disney World Resort! 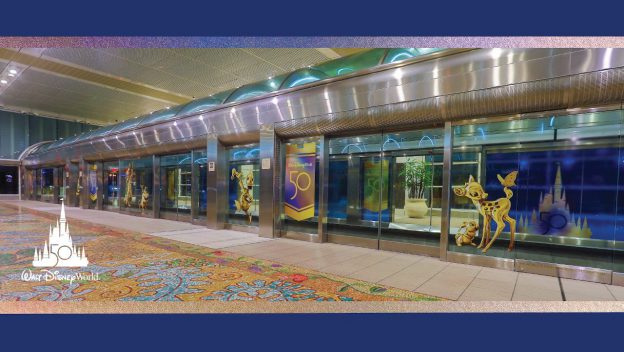 The new displays will put Guests right in the center of “The Most Magical Celebration on Earth” from the moment they step off the plane and into the main terminal while making their way through the Orlando International Airport.

One of our favorite starts to any Disney vacation is taking the monorail at the Orlando International Airport. It’s a relatively unique airport experience, and while it probably feels a little mundane to locals, it’s always an exciting part of starting your Disney vacation. Now, the Orlando International Airport train station will feature an art installation showing the Disney Fab 50 character collection, with images of the statues found throughout all four Walt Disney World theme parks. 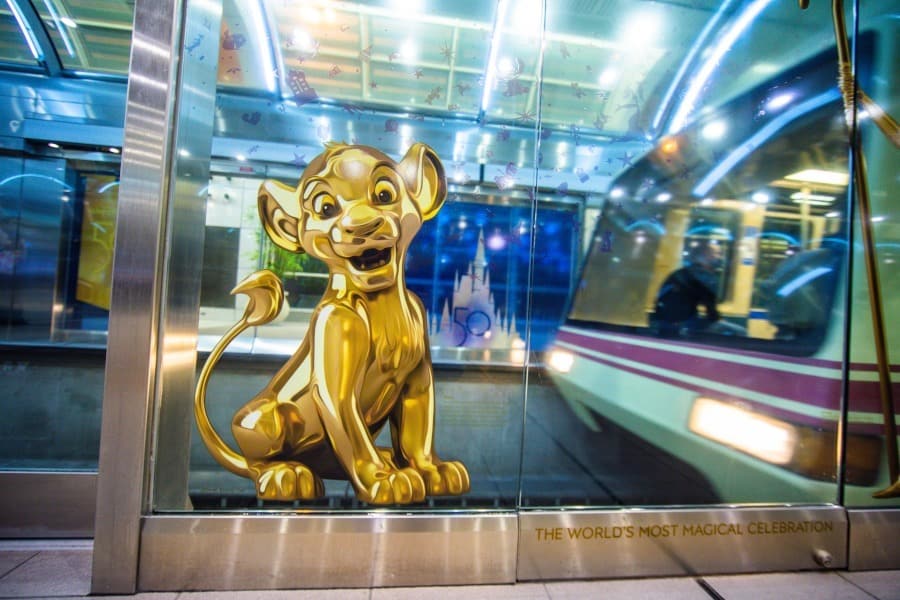 There is a brand new photo opp at the airport as well, with a Mad Tea Party-inspired gold tea cup that Guests can pose by. Nearby the Magic of Disney Store, Guests will see projected glowing light patterns leading them toward the airport’s East Hall. Once there, they will see a 36-foot-long screen showing the new “Beacons of Magic” light packages across the Walt Disney World Resort. 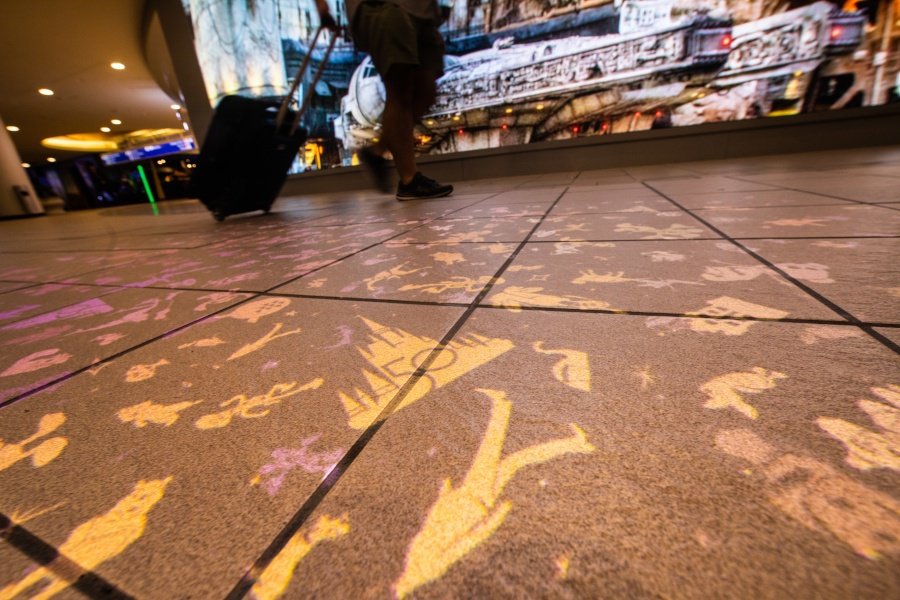 These displays arrived just ahead of “The Most Magical Celebration on Earth” in honor of the 50th anniversary of Walt Disney World, but you don’t need to rush down to Orlando for the anniversary on October 1 to see them. The anniversary celebration will last for 18 months, with it officially kicking off October 1, 2021 and ending in April 2023. To see these displays upon your arrival at the Orlando International Airport however, you’ll need to arrive at MCO by March 2022 at the latest.