Our 13 Favorite Meals To Eat At Disney Springs 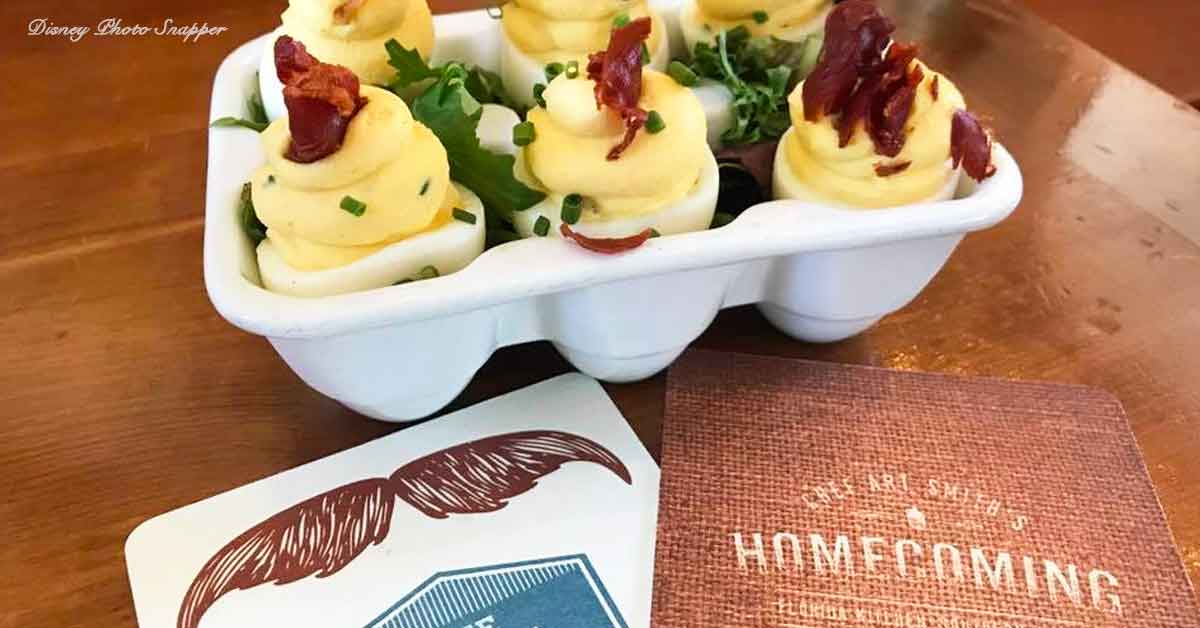 10. Signature supper on the seas

That iconic, recognizable paddleboat has been standing as a stoic, foundational structure to the area for a good many years, and during its tenure has served as the site to various different dining designations. Currently, it is the location for what was named “Best Seafood Restaurant” in 2018 by Orlando Magazine—the signature dining delight known as Paddlefish. Open for lunch and dinner daily, Paddlefish is primarily renowned for its stellar selection of seafood specialties, but they also boast a bounty of land-locked tastes, as well as special Sunday Brunch offerings. Some of the restaurant’s most popular items include King Crab, Catfish, Ceviche, Maine Lobster, Chicken, Lobster Corn Dogs, Filet Mignon, and a whole sea of other possibilities. Those coming for Brunch find joy in such house specialties as The King Meets the Captain (peanut butter and banana-stuffed French toast crushed with cereal), the Monte Cristo sandwich, Steak & Eggs, Crab and Asparagus Benedict, Corned Beef Hash, and the Omelet entrée. The latter features three cage-free eggs and home fries with your choice of ham, shrimp, or chorizo and two options from the following: bell pepper, onion, mushroom, tomato, and cheddar. While several dessert selections grace the menu, two notable favorites are the Flourless Chocolate Cake and Spiced Apple Bread Pudding.

11. A split decision in dining

Our next dining pick is an unexpected hit, mainly due to the fact that you don’t often find quality food being dished up in many bowling alleys. But that’s just what you get when you head to the Splitsville Dining Room. Open daily for lunch, dinner, and even late night dining after midnight, the featured menu selections here far exceed those offered at a typical bowling alley, which often feature pizza and fast-food concessions. Of course, if you really do want to keep with the tradition of having bowling alley pizza, you will find it on the menu, but served up via much higher quality standards and also boasting a bounty of variations. You’ll find if all, from standard Cheese or Pepperoni selections to more elaborate options like Hawaiian, Firehouse, Meat Lovers, Veggie, and Margherita. And as we mentioned earlier, you are not limited to just pizza, because the profuse menu offers a wide range of quality entrées and other enticements. In fact, many sushi lovers can attest to the delicious bounty of sushi offerings Splitsville is also known for. Other appetizing favorites include burgers, sandwiches, salads, and more. And why not consider one of many offered entrée bowls? From the tasty Taco Bowl to the Spicy Veggie Bowl, Sweet N’ Spicy Bowl, or the fueling Power Bowl, perhaps enjoying a bowl as you bowl might be the added pun to make you bowl better!

Another unconventional approach to dining we love at Disney Springs is AMC Disney Springs 24 Theatre’s full-service dine-in option. Taking the concept of dinner and a movie to climatic new heights worthy of any major blockbuster, the way it works it pretty self-explanatory. You come out to enjoy a great feature film while also enjoying a delicious casual meal delivered straight to your seat. These dining services are offered in select theaters between the hours of 10:15 a.m. and 11:15 p.m., roughly. Popular picks on the menu range from classic American eats to more novel picks, with starring favorites like Crispy Shrimp, the BBQ Brisket Mac & Cheese Bowl, Quinoa Veggie Burgers, Chicken Caesar Salad Wraps, Philly Steak Flatbread, Boneless Wings, Loaded Bacon Tots, and a cast of a thousand others.  And then of course, there are also a wide range of lighter eats and supporting role snacks to enjoy if you’re not of such a hearty appetite. But with the enticing ensemble available to you to enjoy during your film-going experience, we strongly feel that you will be of a mind to indulge yourself a bit.

Chef Art Smith’s Home Comin’ is one of the many notable eats Disney Springs is widely known for. Famous for classic southern cuisine favorites with a sustainable farm-to-fork approach to great eating, the menu provides a profuse range of delectable favorites most visitors simply can’t get enough of. And while any meal eaten here is a celebration in and of itself, we strongly suggest coming out for a weekend brunch that’s beyond compare. The Rise ‘n Shine Brunch is a stellar presentation of traditional southern home-style favorites and signature in-house touches. And with so many notable suggestions to choose from, it may be difficult to know just where to start, so here are a few examples: Bee Haven Bay Fried Green Tomatoes, Church Lady Devilled Eggs, and Cheddar Cheese Drop Biscuits. Some of the aforementioned starters are also available when dining here for lunch and dinner additionally, as well as two other all-around popular entrée suggestions. The first is Shrimp & Grits, which comes in the form of pan-seared shrimp with tomato gravy and Tasso ham served over Bradley’s grits. Second is everyone’s favorite—Fried Chicken & Doughnuts, featuring Chef Art’s famous fried chicken recipe served along his house-made sugar doughnuts and creamy mashed potatoes. Other raved about brunch specialties include Hush Puppy Benedict, the Hallelujah Biscuit, Short Rib Hash, and the Grand-Daddy Plate. The innovative French Toast entrée delivers on an upgraded version of the classic you know and love so well by incorporating thick slices of Texas Toast into the mix. And Fried Green, Eggs and Ham tailors a clever take on an open-faced biscuit concoction of griddled country ham, fried green tomatoes, over easy eggs, and shaved country ham topped with arugula and rémoulade sauce, served with your choice of a side. Then, let’s not forget all those specialty crafted cocktails that have been established specifically for brunch time pairings. From Bloody Mary-inspired blends to Mimosas, and even Moonshine features, brunch time bounty has never been so satisfying.

An abundance of savory tastes come together to make up the overall stunning food scene at Disney Springs. Whatever you’re hungering for, you’re sure to find it served up here and delivered to you in an even better format than you could have possibly anticipated. Disney Springs is, after all, an extension to the magic of Disney that is forever making dreams come true.