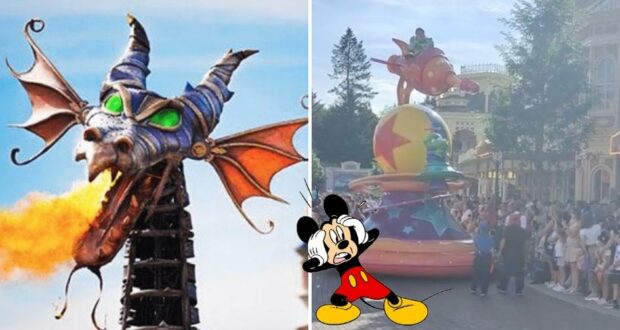 Once again, another attraction malfunction story is making its rounds across the Twittersphere, showing Disney Park Guests, who just wanted to watch a mid-day parade, literally inches away from disaster.

This time, our story comes out of Parc Disneyland at the Disneyland Paris Resort. It appears that one of the floats in “Disney Stars on Parade” went off course and into the crowd of bystanders. A photo of the incident was shared on Twitter by @Pixiedust_be, who added the following caption:

“Parade float hits the sidewalk during Disney Stars On Parade.”

Luckily, it appears that the float carrying Buzz Lightyear was able to stop just in time, and no one appears to have been hurt.

Unfortunately, this is not the only time a Disney Parade float has malfunctioned recently. Just a few months ago, for example, we at Disney Fanatic covered a story where a major float of The Main Street Electrical Parade suffered a breakdown in the middle of Main Street, U.S.A., and had to be towed the rest of the way. Click below to read our previous coverage of that story. 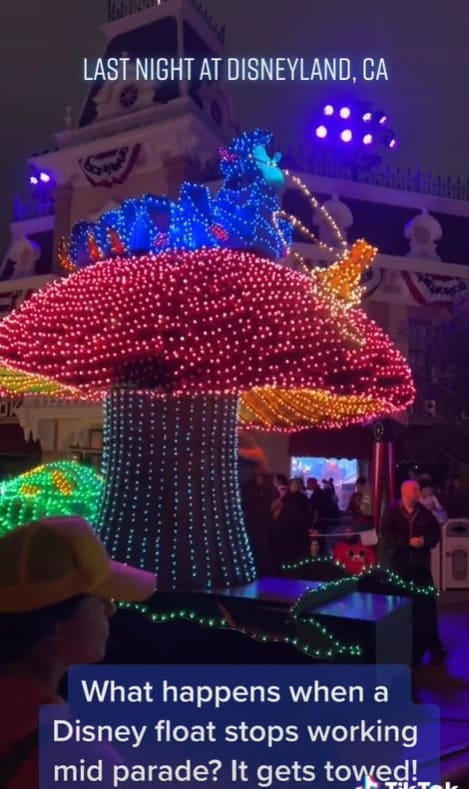 While it boasts many similarities to other parades like the fire-breathing Maleficent Dragon float, Disney Stars on Parade is a unique midday parade exclusive to Disneyland Paris.

The Disneyland Paris Resort describes the parade on its website as the following:

Magic is in the air as the world-famous Disney Stars on Parade passes through Disneyland Park! Admire Disney Characters on their colourful floats against a backdrop of enchanting music and immerse yourself in Disney stories like never before.