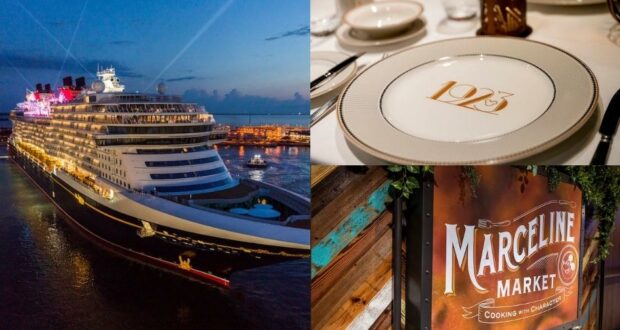 Disney Cruise Line’s newest and grandest ship, the Disney Wish, will transport Guests back in time as well as across the sea.

Along with the slew of exclusive experiences already shared (the AquaMouse, the Walt Disney Imagineering Lab, and the adults-only Star Wars: Hyperspace Lounge, to name a few), Disney Cruise Line will offer exclusive dining options that channel The Walt Disney Company’s roots, as it sails towards its centennial. Those options include a sit-down restaurant called 1923 and a buffet-style food hall called Marceline Market. 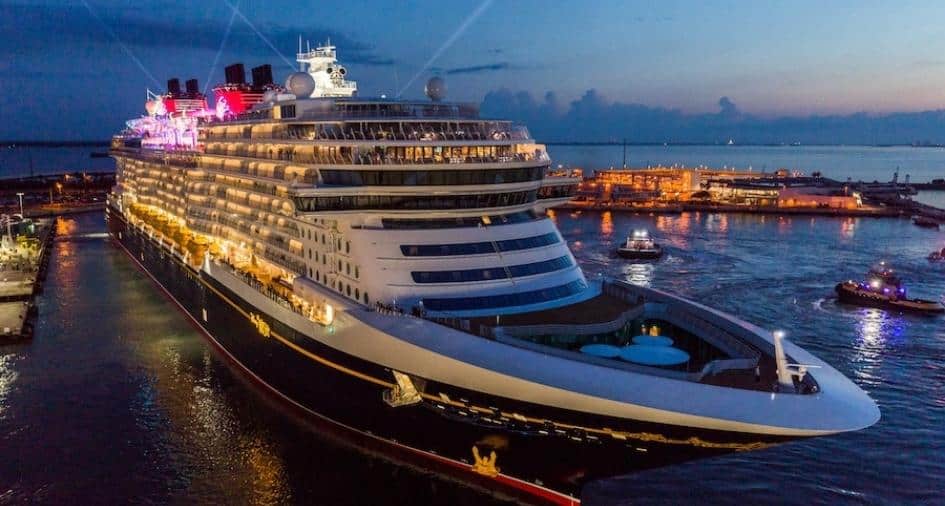 1923 is the year Walter Elias Disney and his brother, Roy Oliver Disney, founded The Walt Disney Company we know today. Marceline is the name of the Missouri town recognized as Walt Disney’s hometown. Named for the year The Walt Disney Company was founded, 1923 is one of the three main dining venues families will enjoy each night on board the Disney Wish. This elegant restaurant combines classic Hollywood glamour with a dash of Disney whimsy, providing an inside look at the evolution of Disney animation. Adorning the walls and ornate glass cases around the restaurant are more than 1,000 drawings, props and other tools of the trade showcasing 16 Disney films that embody the ship’s themes of enchantment and wish fulfillment…Even the menu at 1923 pays tribute to the company’s roots in California, with sophisticated dishes inspired by the fusion of cultural flavors found throughout the Golden State. The diverse menu will mirror the region’s unique blend of Asian, European and South American cuisines and a superlative selection of world-famous Napa Valley wines. Of Marceline Market, they said: 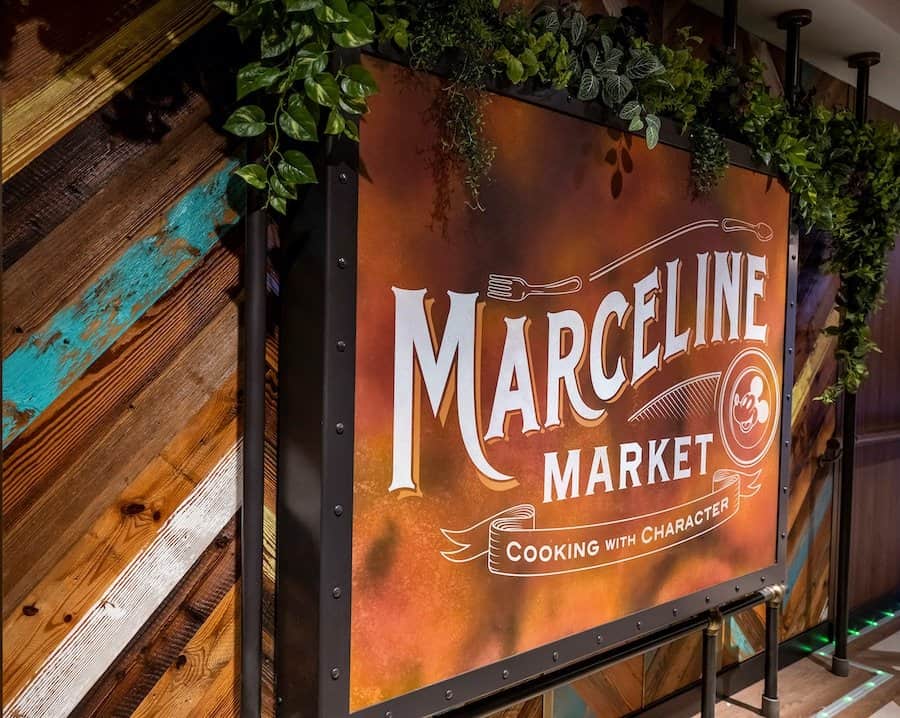 At Marceline Market — the stylish food hall aboard the Disney Wish where guests will enjoy casual, walk-up dining throughout the day — each of the 10 food stalls is themed to a beloved Disney animated story, from classics such as “Alice in Wonderland” (1951) to more recent films like “Zootopia” (2016). This fun design twist presents favorite characters as honorary “shopkeepers,” offering a wide-ranging variety of freshly prepared cuisines for the whole family to enjoy, including American classics, international specialties, comfort foods, seafood, soups and salads, vegetarian and plant-based fare, baked goods, and desserts. The Disney Wish arrived in Port Canaveral for the first time earlier this week, with a special Christening ceremony scheduled for June 29. Her maiden voyage on what is to become her year-round Caribbean route is scheduled for July 14.