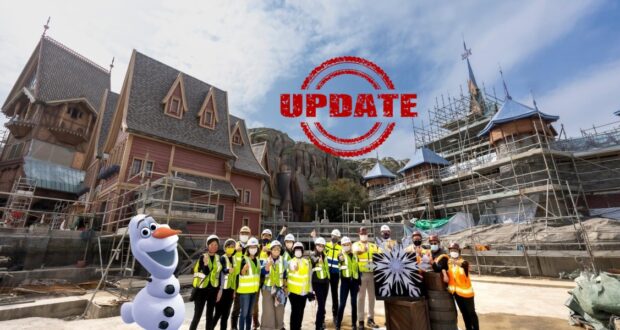 With the new year comes new fun things to explore in the Disney Theme Parks around the world, and this week, fans got a look at the progress being made at the Frozen-themed land in the works right now at Hong Kong Disneyland. 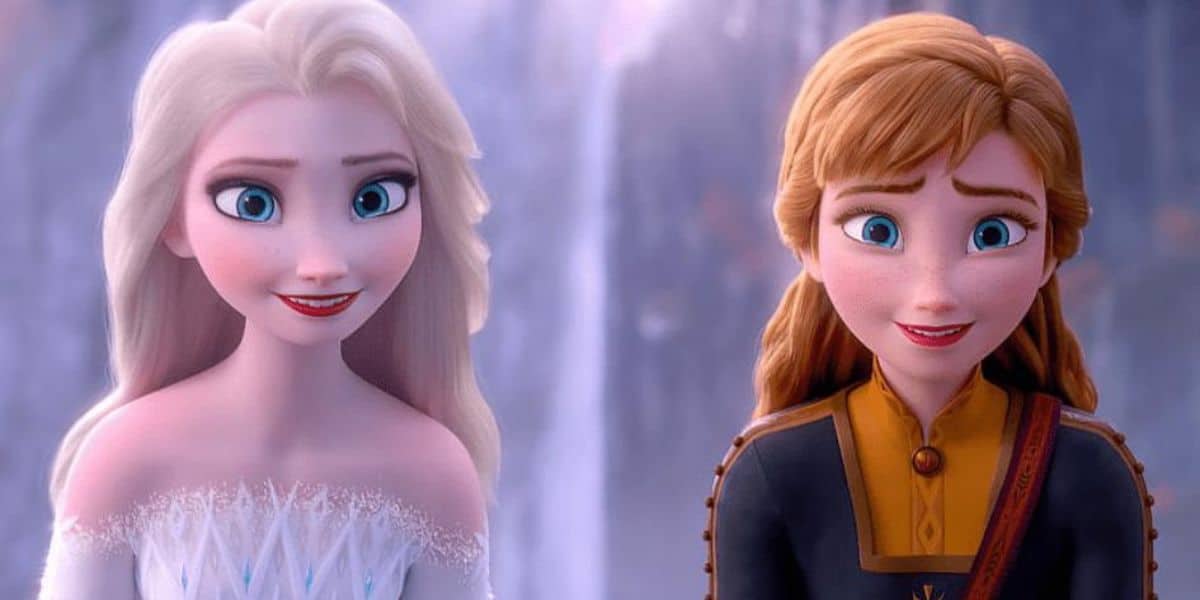 HKDL releases photos of Jill Estorino’s visit to the site of #WorldOfFrozen, revealing the themed-area in more new angles.

Jill Estorino signed on the Ice Magic and can be seen wearing a new Arendelle-themed name-tag.

The group of Disney VIPs posed in front of Queen Elsa and Princess Anna’s Castle, and ice-covered mountains featuring Elsa’s ice palace can be seen in the distance. They even participated in a ceremonial signage of one of the pieces of Ice Magic that will be hung around the land. The images also clearly show the new Arendelle-themed name tags that will be worn by the Cast Members working there. 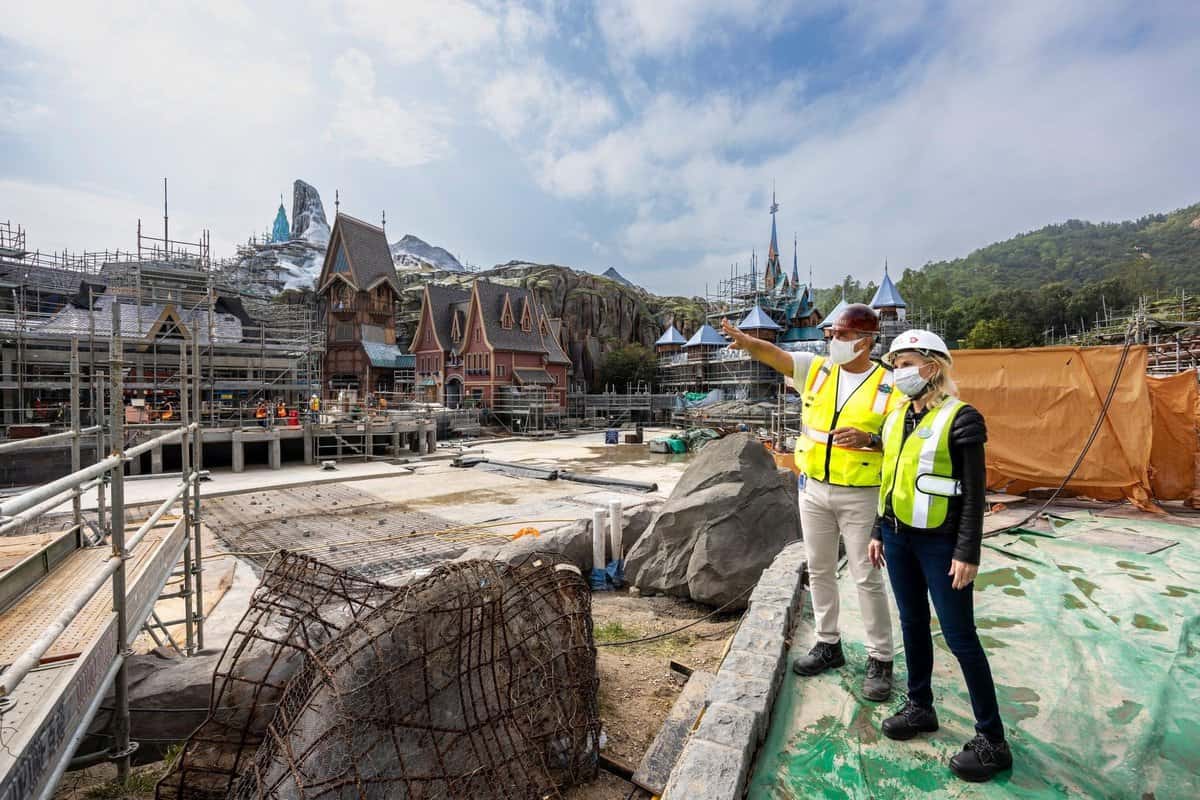 Officially called Arendelle: The World of Frozen, this will be the first of three lands dedicated to the instant-classic franchise, with the other two being built in Walt Disney Studios Park at the Disneyland Paris Resort and Tokyo DisneySea at Tokyo Disney Resort. Disney’s Blizzard Beach Water Park at The Walt Disney World Resort in Florida also just got a subtle yet permanent Frozen overlay. The Hong Kong variant will feature brand-new rides and attractions, including a roller coaster called “Wandering Oaken’s Sliding Sleighs.” 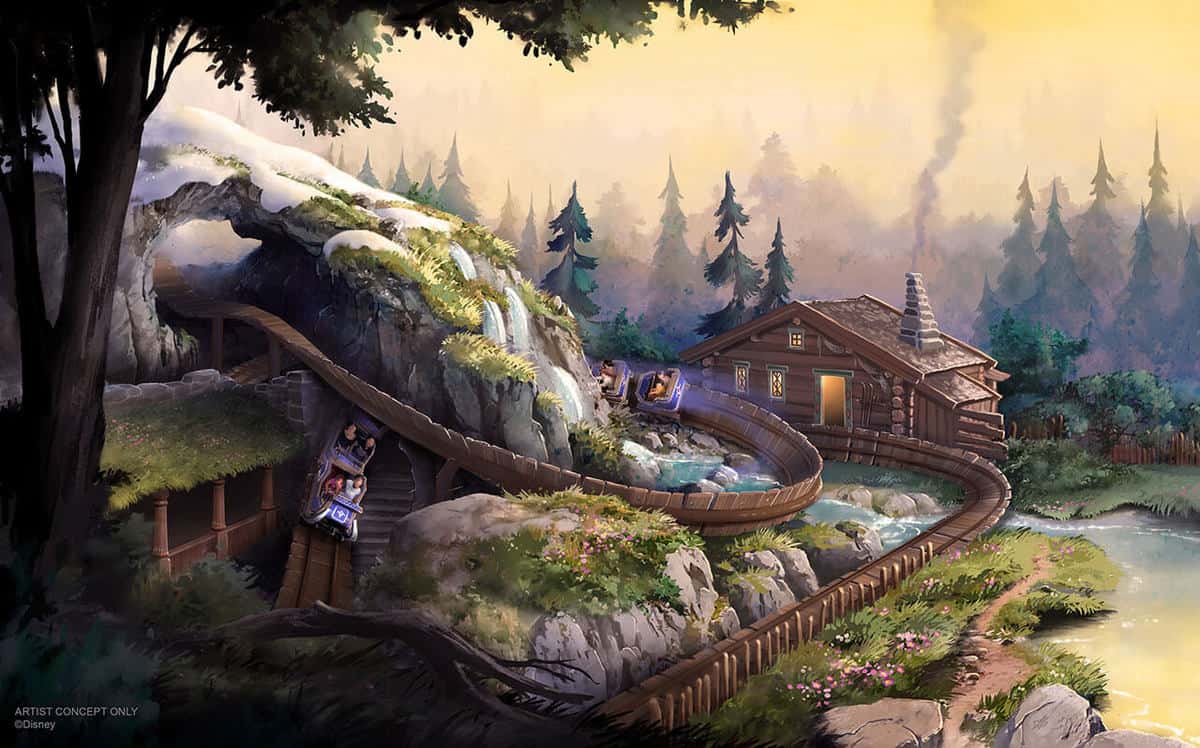 It is still unclear at this time when fans will be able to step into the World of Frozen, but these new images show major progress in the works.