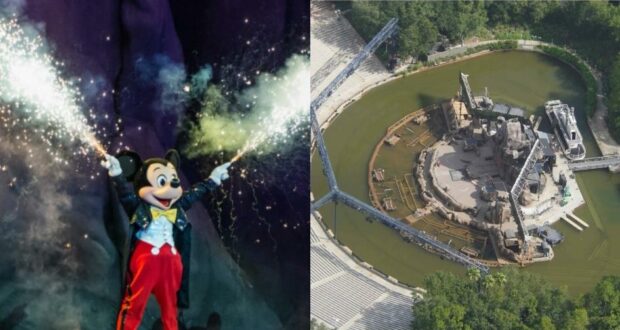 PHOTOS: Look in on ‘Fantastmic!’ After Nearly 3-Year Closure

It has been almost 900 days since Disney World Guests gathered in the Amphitheater at Disney’s Hollywood Studios to experience the adventure of Fantasmic! and unfortunately, new photos seem to show that this nighttime spectacular is nowhere close to making its return.

We at Disney Fanatic shared that Fantasmic! did make its eventual return to the Disneyland Resort in Anaheim, California, and the show can be seen from its stage on the Rivers of America in Disneyland Park. But, over at The Walt Disney World Resort, it is a different story, and Guests are still left with almost pure speculation as to when the show will return. 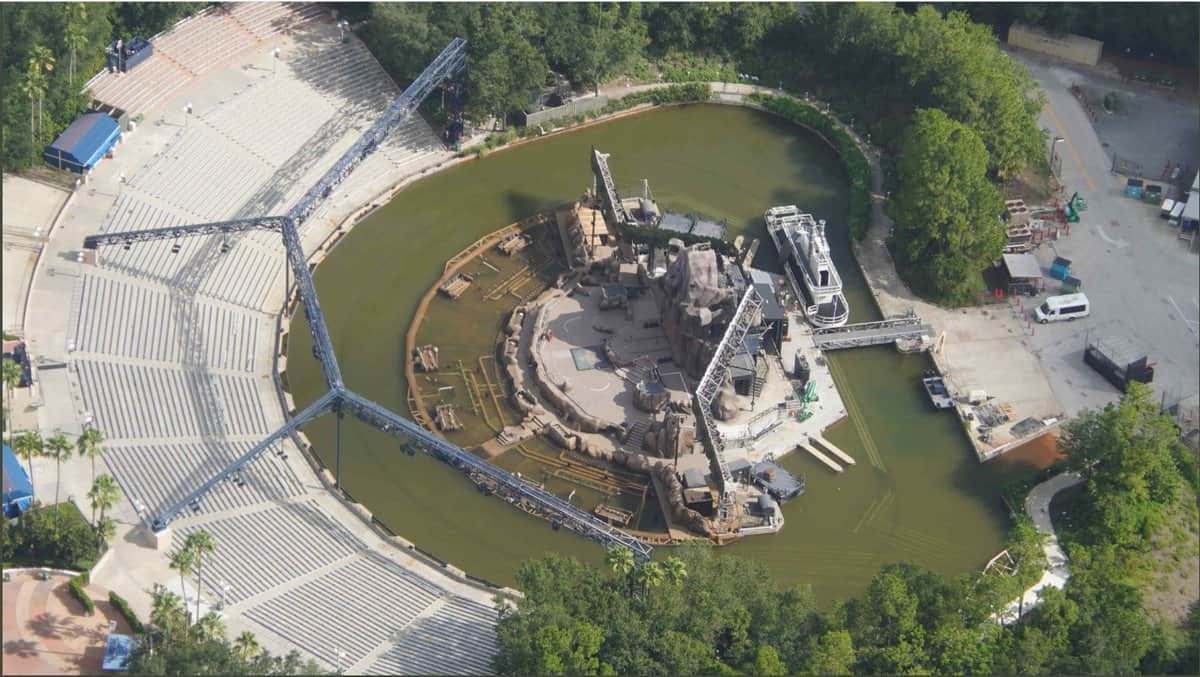 Just a few days ago, Theme Park insider @bioreconstruct shared some new aerial photographs of the island stage and Amphitheater that is almost hidden behind the Sunset Boulevard attractions like the Beauty and the Beast stage show and The Twilight Zone Tower of Terror. The set appears all but abandoned with none of the usual activity and other tell-tale signs of a closed experience nearing reopening.

Now, it should be noted that an updated version of Fantasmic! is on the horizon. Several months ago, we shared that Walt Disney Imagineers were working on a new version of the show featuring brand new sequences featuring different characters like Mulan, Elsa, Aladdin, Pocahontas, and Moana, as well as some technological achievements. Earlier reports indicated that it was going to reopen at Disney’s Hollywood Studios later this year, but no specific date has been announced. Click the link below to read our previous coverage. 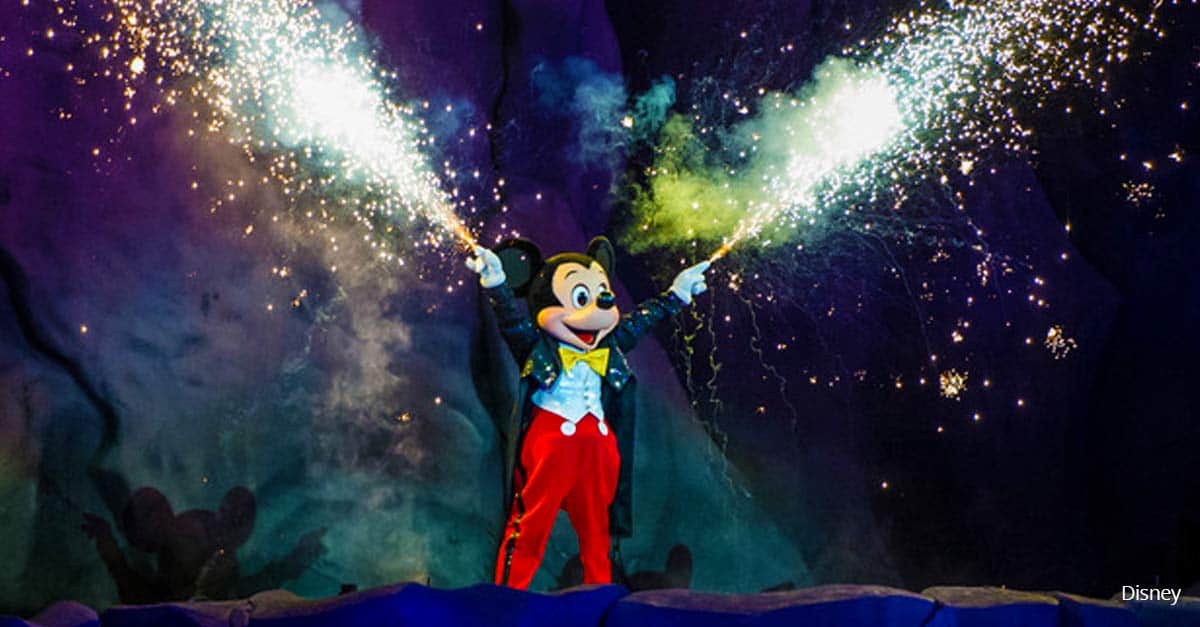 Read More: Disney Princesses Will Be Featured in the New ‘Fantasmic!’