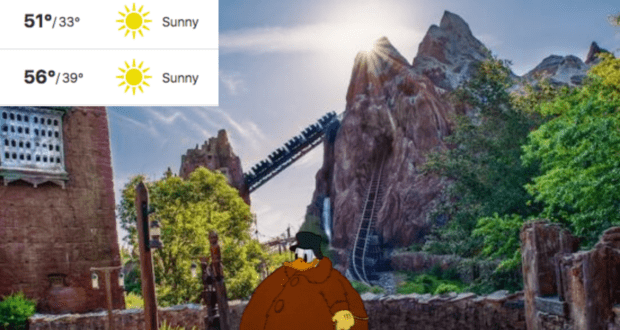 Prepare for a Cold Week at Disney World!

It is going to be a COLD week at the Walt Disney World Resort, Disney fanatics! At least, cold for Florida standards.

Central Florida began the morning of Monday, January 24, with a fresh layer of frost on the ground, and it does not look like it is going to get much warmer throughout the day.

For those of you scheduled to take in your latest dose of Disney Magic, here is the weather report: 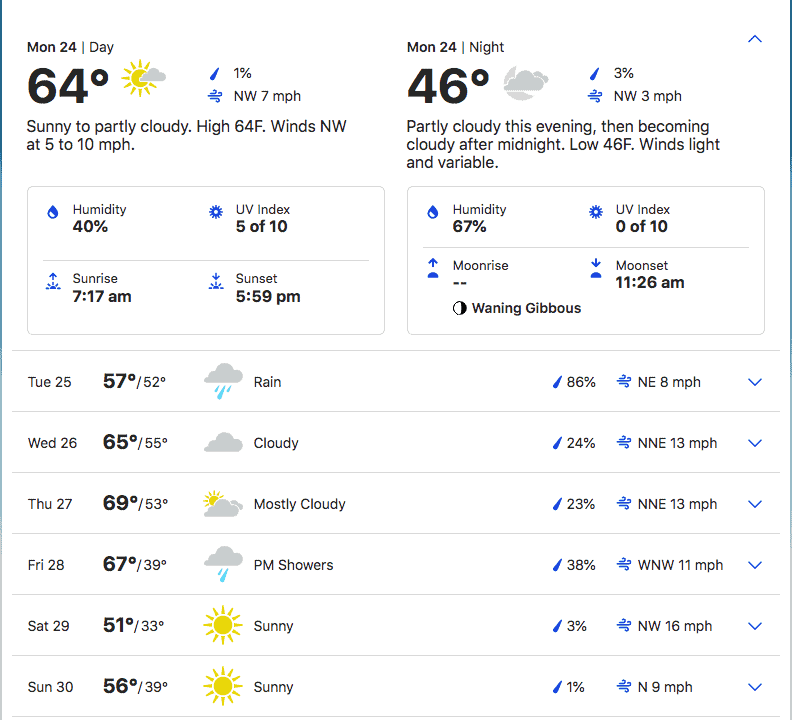 According to The Weather Channel, as of the morning of January 24, the temperature at all four Theme Parks and Disney Springs is not expected to get above 64 degrees, dipping back into the 40s at night. What will make these temperatures worse, speaking as a Floridian, is the humidity levels. 67% humidity will make the nights feel far colder than 46 degrees Fahrenheit.

MONDAY: Don't let today's sunshine fool you. It's going to be chilly! Temperatures will have a hard time reaching the 60s this afternoon. pic.twitter.com/YIMsOyji0Y

The weekend, however, is expected to be a beautiful winter day. Extremely cold for Florida–with a low close to freezing–but the days are expected to be incredibly sunny and dry. Near-freezing temperatures are relatively common in January and February, but in the mega-resort’s 50-year history, it has never snowed once. Not yet, anyway. 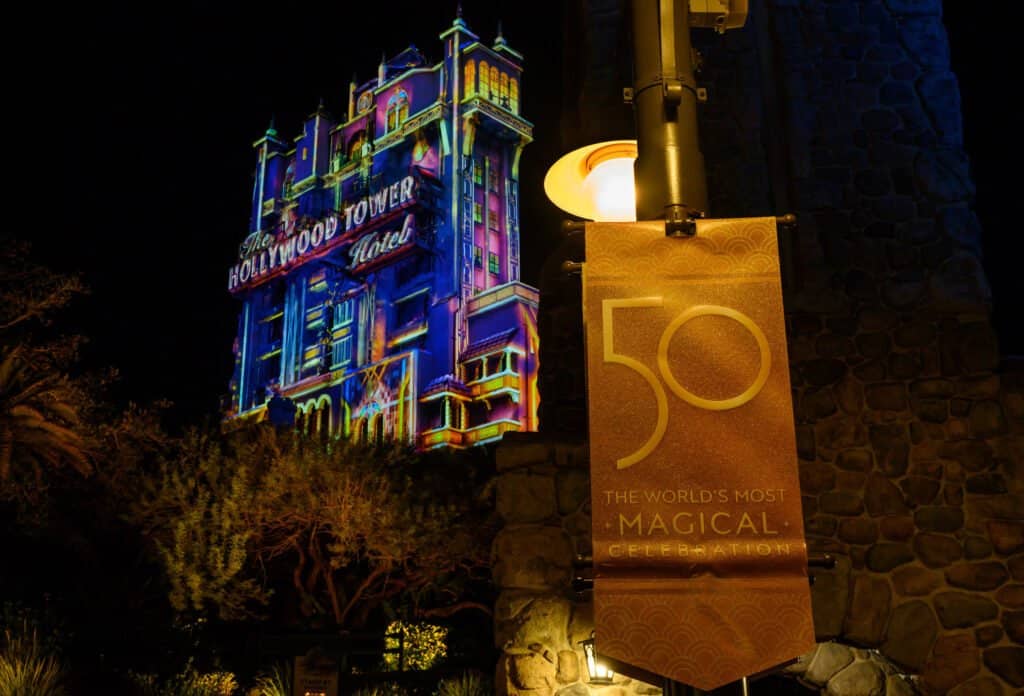 The Hollywood Tower Hotel is awash in a brilliance evoking the golden age of imagination and adventure when it transforms into a Beacon of Magic at Disney’s Hollywood Studios at Walt Disney World Resort in Lake Buena Vista, Florida, as part of the resorts 50th anniversary celebration. (Todd Anderson, photographer)

Winter days in Magic Kingdom, EPCOT, Disney’s Hollywood Studios, and Disney’s Animal Kingdom offer their own kind of special magic. Characters can be spotted in their winter outfits, hot cocoa outside of the Christmas season is warranted, and romantic castle pictures in your most stylish winter outfits and Disney gear.

For those concerned about the cold affecting your Disney experience like cavalcade cancellations or shut down of Kilimanjaro Safaris, don’t hesitate to check the Walt Disney World website or the MyDisneyExperience app for the most up-to-date information.