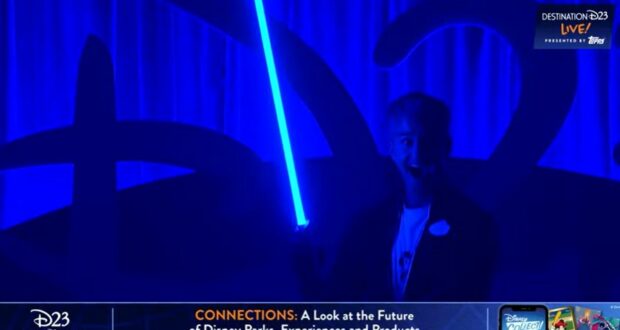 Guests attending this morning’s Destination D23 event at Disney’s Contemporary Resort (or watching the livestream from home) were hoping to learn some news about the brand new Star Wars: Galactic Starcruiser, and Disney delivered! 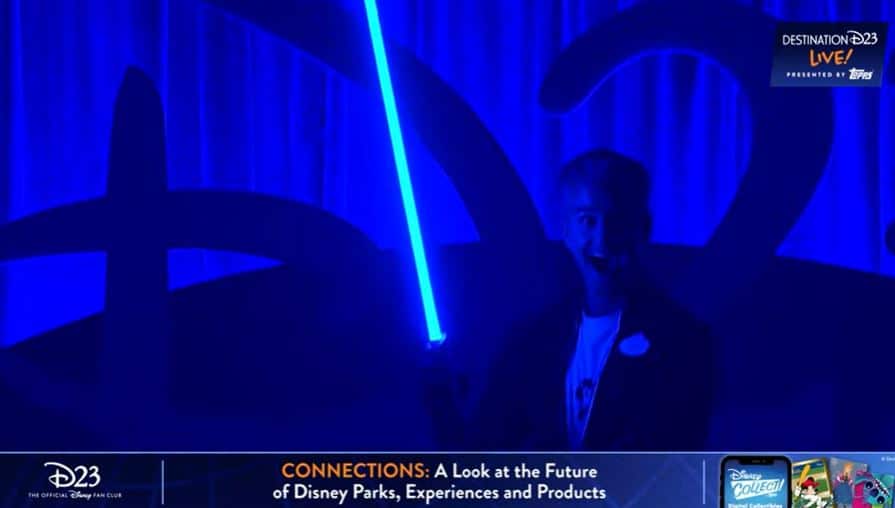 Following rumors of how the new Star Wars lightsabers could possibly function, as they are indeed real, Disney Chairman of Parks, Experiences and Products Josh D’Amaro presented a lightsaber for the live audience and showed Guests in attendance how it works (and it is, well, real!)

After this brief in-person instruction, D’Amaro returned the lightsaber, which he noted belongs to Rey and needed to get back to her, and Guests were treated to a new behind the scenes look at D’Amaro visiting the Star Wars: Galactic Starcruiser and checking out the new lightsaber training program.

In case you missed this morning’s presentation, the Disney Parks Blog shared the below video:

The lightsaber training shown in this video from the Star Wars: Galactic Starcruiser is exclusive for Guests who book overnight voyages aboard the Halcyon. Voyages begin in Spring of 2022, and many early dates have already sold out since booking opened earlier this fall! 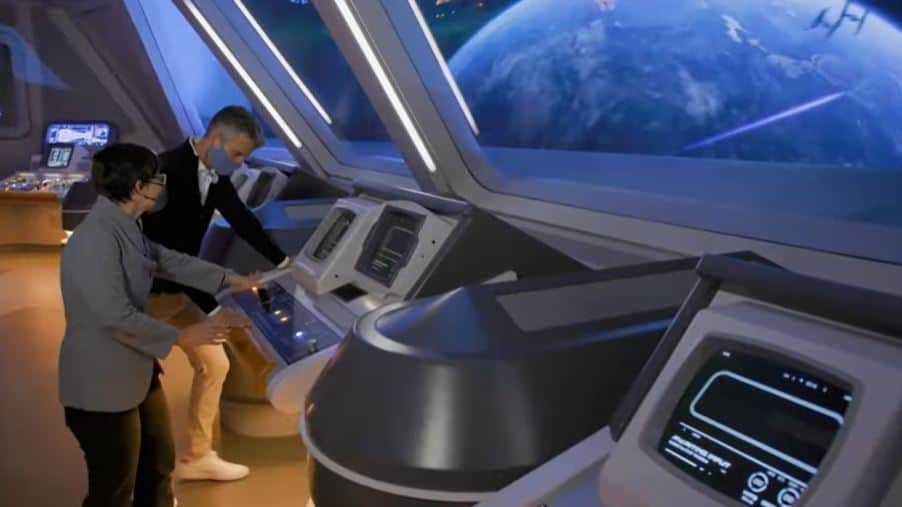 The first voyages will launch in March 2022, and we cannot wait to learn more about what a stay and experience aboard the Halcyon will be like. For more lightsaber fun until the Star Wars: Galactic Starcruiser opens, you can purchase lightsabers at merchandise locations around the Walt Disney World Resort and even build your own with a workshop in Star Wars: Galaxy’s Edge at Disney’s Hollywood Studios.

Check back here on Disney Fanatic for all of the latest details on the Star Wars: Galactic Starcruiser as we get closer to its opening date next year.