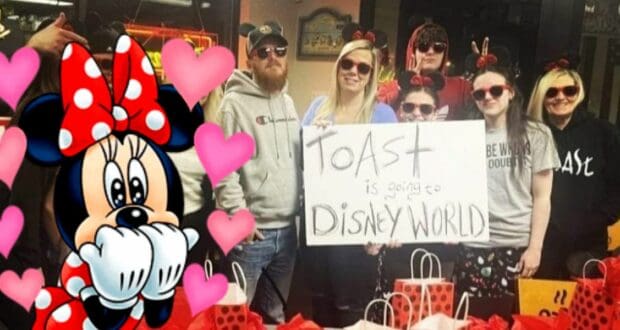 The Disney magic might be gone in many Disney fans’ eyes (or perhaps we should call them former fans), but some people do still feel some excitement at the prospect of a Walt Disney World Resort vacation — and one business owner in Massachusetts has shared that remaining Disney magic with her employees!

The owner of the South Shore restaurant called Toast, which is located in Hull, Massachusetts, is named Jessica Travis. Jessica Travis bought Toast in 2019, right before the ongoing COVID-19 pandemic began. “I was working three jobs. I have three kids. I just figured it was time to do something on my own,” Travis told a local news network.

“I bought ‘Toast’ in 2019 and shortly after that the pandemic hit, I thought I was going to have to shut my doors,” she added. “At that time, it was kind of scary because I lost all of my staff. I had to get new staff so I didn’t know what the future was right after I got here.” 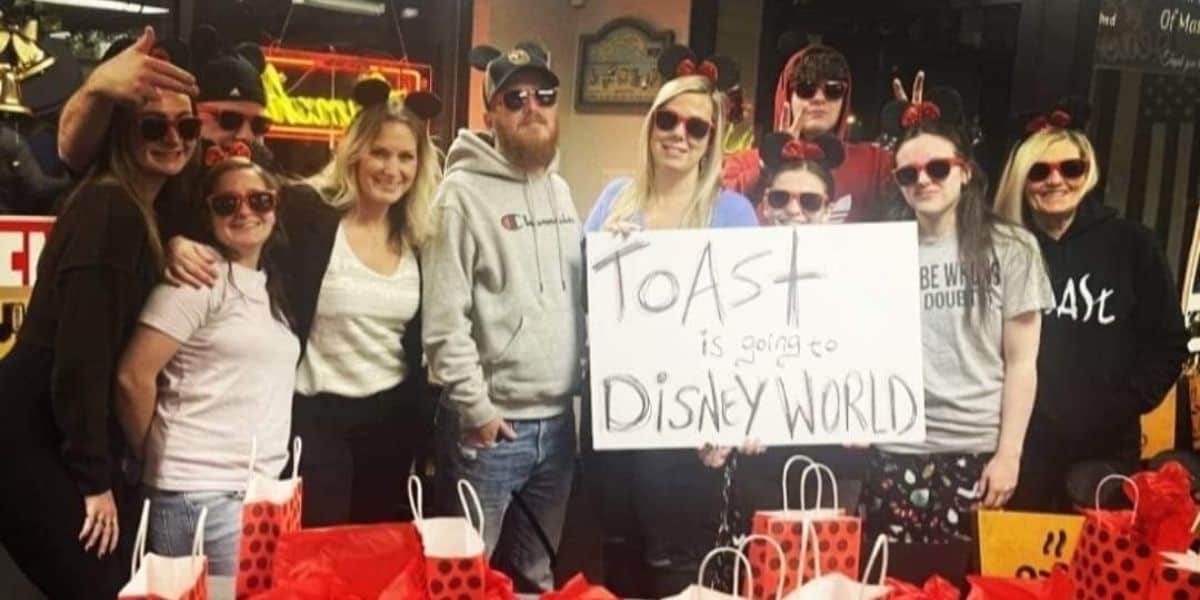 Jessica Travis is taking her Toast employees and their families to Universal and Walt Disney World Resort in May on a surprise vacation. Credit: turnto10.com

Two of Travis’s employees did stay on, though, including a young employee named Madi Grainger. “I’ve been here for four years now,” Grainger said in an interview. “ I had faith [that Travis] was going to turn this place into something really special.”

Travis added that all of her staff “are hard working [and] very loyal. We’re very close-knit like a family,” she explained. Travis apparently hosts a Christmas party annually for her employees, which (according to Grainger) involves a “really fun” night of “take out” and “games.” 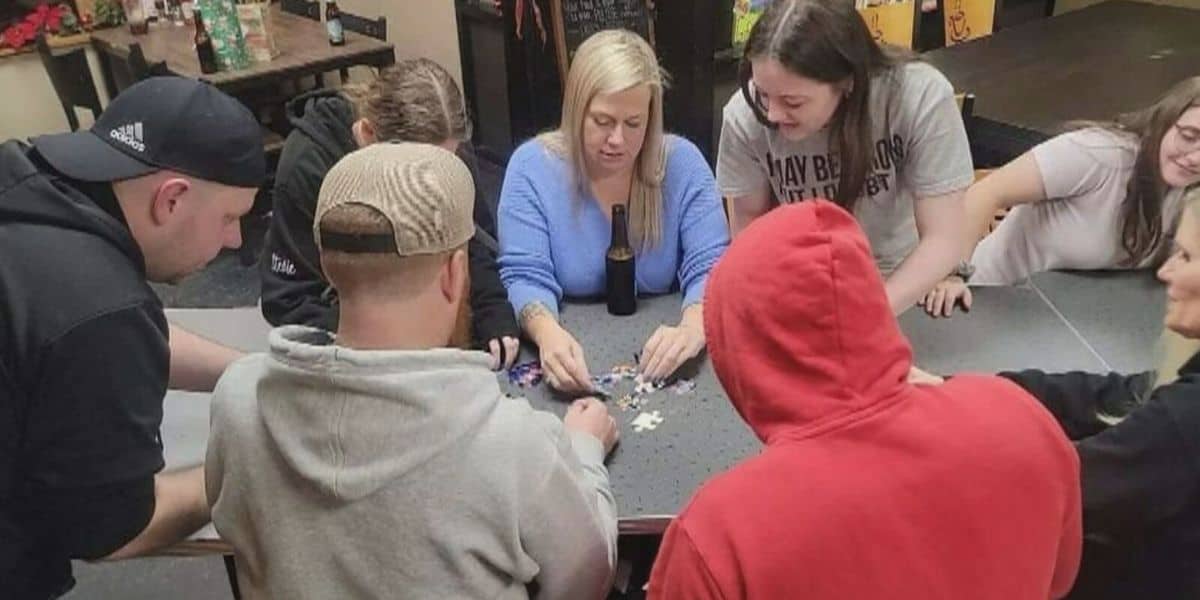 Normally, “I give them ‘Toast’ hoodies or message gift certificates,” the restaurant owner continued. “This year, I was like it’s been three years. We’ve been through what seemed to be a crazy constant wave of chaos so I was like I need to do something bigger.”

Travis started out by giving her employees “gift bags” containing “little Mickey Mouse ears and sunglasses”. Then, Travis ignored her employees’ “confused” looks and gave them a puzzle to complete. The puzzle was only 30 pieces instead of 500 or 1,000, so her employees didn’t have to be “scrambling trying to put it together trying to read it” for too long.

Once someone had solved most of the puzzle, “they all realized it then they all started screaming and yelling and they were very happy”. “It was amazing,” Travis exclaimed. “It was like the best feeling ever.” 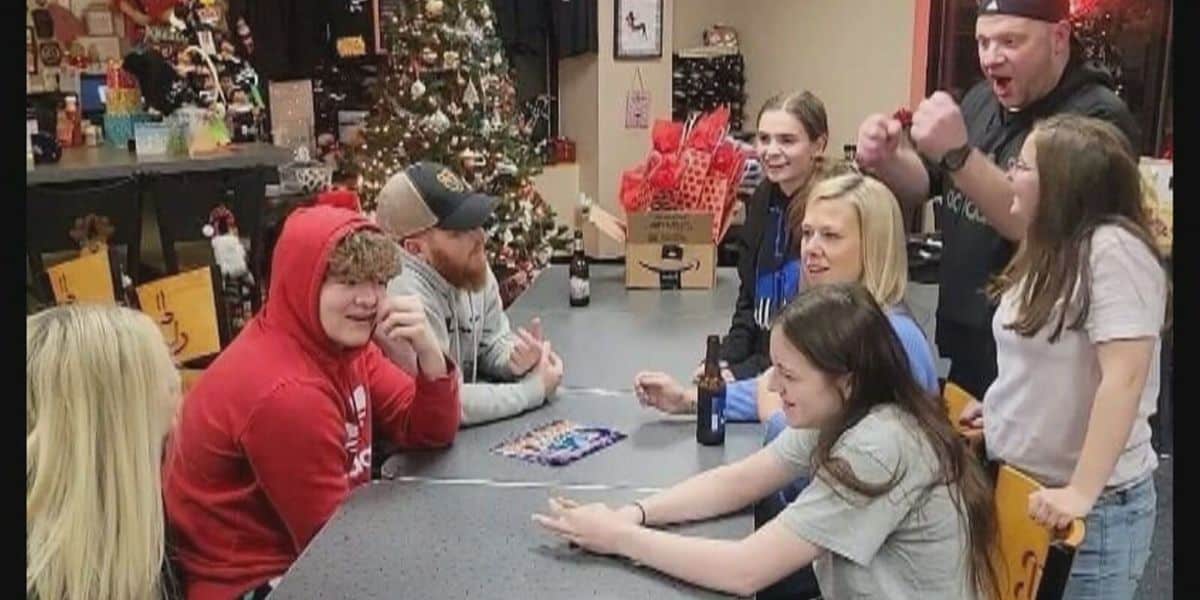 “We all thought it was a joke,” Grainger said. “We were like, ‘Wow, seriously?’ And then she was like, ‘This is for real’ and that’s when we all were like wow that’s crazy. We were all excited and happy. It was so fun.” Travis is not just bringing about 15 employees to Disney World with her; she is also bringing their families on the trip!

“Just knowing that she cares about us that much it just means so much to us, knowing she would do something that huge for all of us,” Madi Grainger concluded. “Working here, it’s changed my life. Becoming a part of this family, becoming a part of what has been built here, this place is so amazing and I’m just so grateful.”

“I feel like we all deserve it, we all work very hard. Not only because they’ve been so loyal and dedicated and there for me every step of the way, but I lost my mom [in] 2016 and she left a little bit of money for me and I’ve kept it aside,” Travis explained. “I thought, what better way to use the money than to take everyone on vacation? It’s time to let go of that and do something good.”

The Toast employees are headed to Disney World and Universal in May of 2023 on their all-expenses-paid vacations, and the South Shore restaurant will be closed for their vacation!