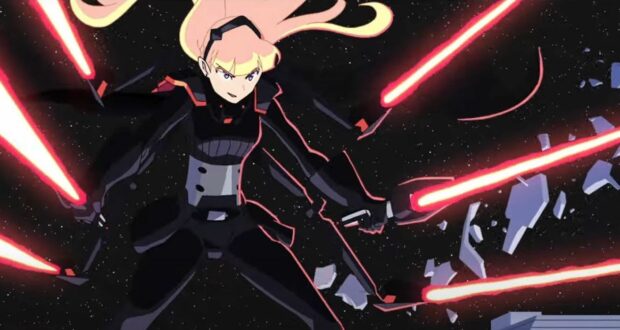 With many new Star Wars TV shows on the horizon, there’s no better time to look at what’s currently available to stream on Disney+ where the faraway galaxy is concerned. We have plenty to look forward to, but we also have plenty to keep us busy while we wait. In fact, there are nine shows if you include the vintage Star Wars shows!

While most of the current shows are animated, upcoming live-action ones like The Book of Boba Fett, Ahsoka, Andor, Obi-Wan Kenobi and The Mandalorian Season 3 will soon level the playing field. But let’s look at all the Star Wars TV shows you can watch right now (with the exception of Droids, Ewoks and LEGO shows), ranked from worst to best.

Star Wars: Resistance is something of an oddball where Star Wars TV shows are concerned. Despite popular belief, the show is canon and follows on from Star Wars: Rebels in terms of chronology, taking place shortly before and during the sequel trilogy. The other problem is that many fans simply don’t know it exists!

The show follows a character called Kaz who is recruited by Poe Dameron to fight for the New Rebel Alliance. There are only two seasons in total which makes Star Wars: Resistance short-lived. But seeing as the sequel trilogy marks the farthest reach of the Star Wars timeline, there was really nowhere else for this animated show to go once it was done.

It might take a while to get used to the beautiful-but-strange 3D animation, as it looks a lot more like a video game than a TV show, but if you’re a fan of the sequel trilogy then the chances are you’ll find something to enjoy here. There are also plenty of cameos from iconic Star Wars characters too, such as BB-8 and Princess Leia.

Star Wars: Visions is a breath of fresh air for the faraway galaxy, as it’s the first time Star Wars stories have ever been told in anime. It’s also the first anthology series, meaning that none of the nine episodes are interconnected – at least not from a narrative perspective. As such, each episode can be viewed as a short film in its own right.

Disney and Lucasfilm have implied that the series isn’t actually canon, as they wanted to give the six Japanese animation studios behind the episodes free rein to tell the stories they wanted without being restricted by established Star Wars canon. With that said, many episodes don’t actually appear to interfere with the timeline too much.

But while Star Wars: Visions breaks new ground, there’s no denying that some of the episodes are forgettable. What’s impressive is the animation on display, along with some bold ideas that include a droid becoming a Jedi. But if you’re looking for a stand-out episode, check out “Lop and Ocho”, whose main character has a bright future in Star Wars.

Now that The Clone Wars has firmly established itself as the dominant Star Wars TV show, many have forgotten it’s actually based on another show of the same name (sort of). Star Wars: Clone Wars 2D Micro-series premiered on Cartoon Network in 2003 and ended in 2005, consisting of 25 episodes that span two ‘volumes’,

The ‘micro-series’ is critically-acclaimed and has even won multiple awards. And rightly so – it’s an excellent addition to the Star Wars universe, even if it does lose to the long-running CGI reboot it would end up paving the way for. The show’s unique style of animation is spectacular and there’s something so epic and operatic about the whole thing.

While the show can feel a little like style-over-substance, it’s still a beautiful snapshot of the Clone Wars told in ground-breaking animation. Star Wars: Clone Wars 2D Micro-series might not be canon (at least not anymore) but if you’re simply after some solid Star Wars action, the Force is strong with this one.

Star Wars: The Bad Batch is a sequel to The Clone Wars, set shortly before, during and mostly after the events of Order 66, which sees the rise of the Galactic Empire. The show follows Clone Force 99, a group of defected clones who like all the others were created in the facilities on Kamino. They are Tech, Echo, Crosshair, Wrecker, and Hunter.

However, when they learn of the Empire’s plans for the galaxy, they go on the run and take a young female clone called Omega with them, but are viewed as traitors by Crosshair. The show has been a huge hit and is now awaiting its second season, and while it uses the same animation as The Clone Wars, it’s also interested in doing its own thing.

The Bad Batch got off to a great start, introducing the interesting and infectious new character Omega, while making some big reveals along the way that will definitely re-emerge in future Star Wars TV shows. Unfortunately the show suffers from a dip somewhere in the middle, but manages to pick itself up for an explosive finale.

Related: Does Lop from Star Wars: Visions Have Major Potential?

Star Wars: Rebels is set five years before A New Hope and follows a team of rebels, two of which are Jedi, as they unknowingly pave the way for what will eventually become the Rebel Alliance. On the surface, it’s a children’s show, departing the sleek style of animation of The Clone Wars and instead going for a more palatable look.

And as you find yourself working your way through the first season – and perhaps even most of the second – you’ll never imagine how dark this show gets. But by the time you reach Season 2’s finale “Twilight of the Apprentice: Part 2” you’ll be glad you invested the time – from this moment on, this is high-end Star Wars storytelling.

Like The Bad Batch, the show also serves as a sequel to The Clone Wars – perhaps more so, as it calls upon characters like Ahsoka Tano and Captain Rex. And the deeper you get into Rebels, the harder it will be to peel yourself away. The last season is simply riveting, and the show even introduces the concept of time travel within the Star Wars universe.

The first live-action Star Wars TV show made a big impression when it started streaming on Disney+ in 2019. Set five years after Return of the Jedi, the show follows a bounty hunter who’s seemingly as cold and hard as the beskar steel of his armor. But when his latest bounty turns out to be a child, he trades his days as a hunter for reluctant fatherhood.

Of course, The Mandalorian is no sitcom (although a version not unlike WandaVision would be equally amazing). The action-packed show is responsible for one of the most memorable Star Wars characters ever – Grogu, more affectionately known as ‘Baby Yoda’. It also sees the return of fan favorites such as Boba Fett and Luke Skywalker.

The show has picked up a number of awards during its two-season run and there’s now a third season on the way. And due to its financial and critical success, last year Disney and Lucasfilm announced a number of upcoming live-action shows, all of which are spin-offs to The Mandalorian with the exception of Rogue One spin-off Andor.

It might come as no surprise that Star Wars: The Clone Wars has made the top spot on our ranking of Star Wars TV shows. The longest running Star Wars series so far arrived in 2008, and though it ended up going on a bit of a hiatus after the first six seasons, it was brought back onto Disney+ in early 2020 for a truly epic final season.

There’s a lot to say about The Clone Wars, but we’ll keep it simple and won’t include any spoilers. The show spans the three years between Attack of the Clones and Revenge of the Sith, depicting the Clone Wars from the perspective of many characters, mainly Anakin Skywalker, Obi-Wan Kenobi, Padme Amidala and Ahsoka Tano.

What the show does for the prequel trilogy cannot be understated. And what it does for the wider Star Wars universe is everlasting – without it we would never have had The Mandalorian, The Bad Batch or the upcoming Ahsoka series. There are 130+ episodes to get through, so be sure to check out the official episode guide on StarWars.com.

While there are no confirmed dates for The Mandalorian Season 3, The Bad Batch Season 2, Ahsoka, Andor or Obi-Wan Kenobi, you’ll be glad to know that The Book of Boba Fett premieres/premiers on Disney+ on December 29.