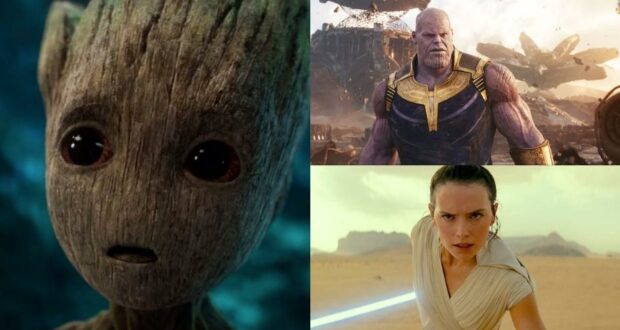 It appears that one characteristic of “Disney Adults” is naming their babies after their favorite Disney characters, but it looks like two of the top three are not even traditionally Disney.

A new report has been released showing the most popular baby names credited to beloved characters from under the Disney Corporate Umbrella, including characters from Walt Disney Animation, Pixar, Star Wars, and Marvel.

According to Comicbook.com, the list was derived from America’s Social Security Administration’s Name Popularity Index and shows Marvel characters gaining momentum with Quill–inspired by Guardians of the Galaxy’s Peter Quill/Star-Lord–reigning supreme and Thanos–after the Mad Titan from Avengers: Infinity War and Avengers: End Game–climbing the ranks to number 9. For Baby Boy names, at least. 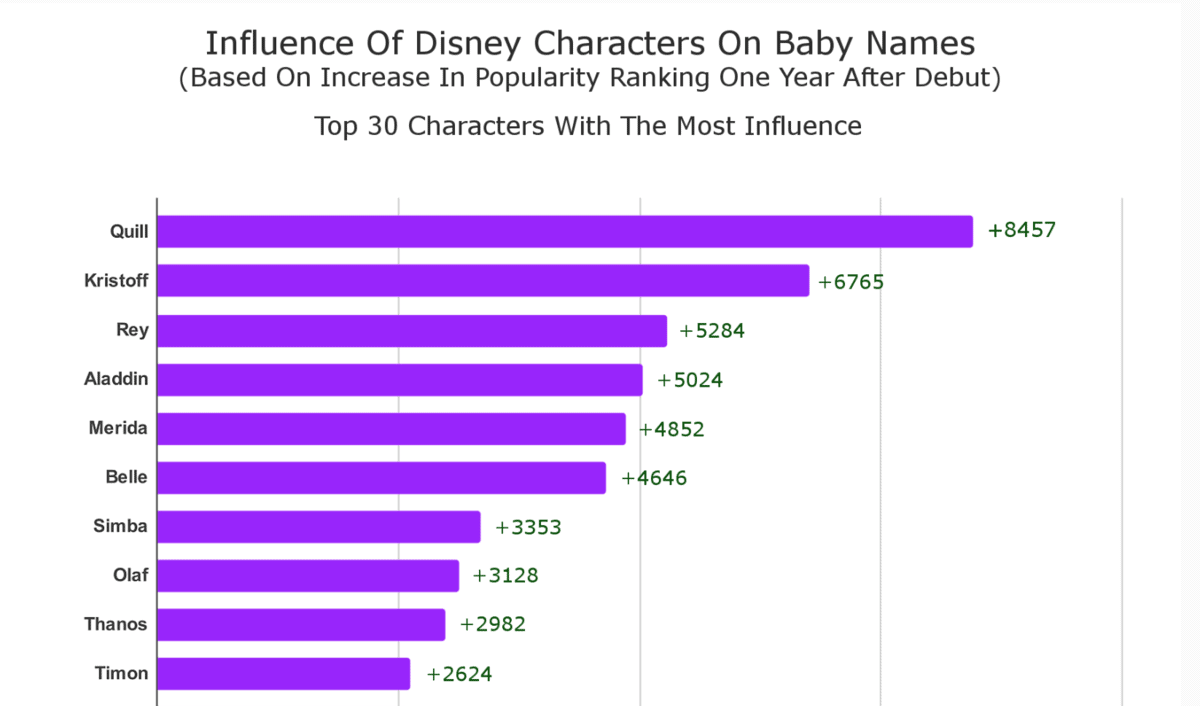 As for traditional Disney characters, Frozen’s Kristoff stands in second place with Aladdin (Aladdin), Belle (Beauty and the Beast), Simba (The Lion King), Olaf (Frozen), and even Timon (The Lion King) filling out the top 10 with Pixar’s Merida ranking fifth. Despite the divisiveness expressed regarding Disney’s prequel trilogy, Star Wars’ Rey still stands as the third most popular Disney-inspired baby name and the most popular girl name. 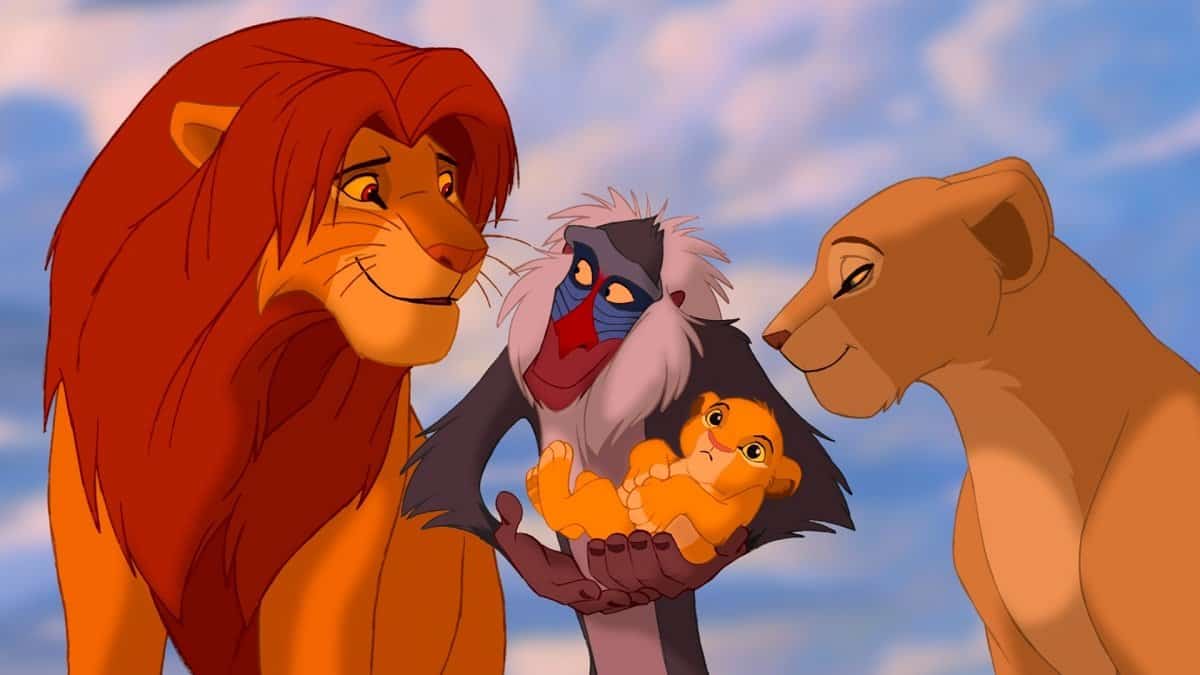 The next ten shows Nala (The Lion King) surprisingly trailing Timon and more Star Wars and Marvel names compared to those from Walt Disney Animation. These names include Kylo, Anakin, Leia, and even Valkyrie. Moana (Moana) sits 14th, Princess Tiana (Princess and the Frog)  is 19th, and Queen Elsa (Frozen) is 20th.

The momentary popularity of Marvel and Star Wars names has pushed some of the most famous Disney names all the way to the bottom of the list. Cinderella (Cinderella), Ariel (The Little Mermaid), Aurora (Sleeping Beauty), Jasmine (Aladdin), and even Esmeralda (The Hunchback of Notre Dame) all rank at the bottom of the list, with Marvel Studios’ Loki and Star Wars’ Luke, and Finn. It is unclear if babies are being named Sebastian in honor of The Little Mermaid’s Sebastian the Crab or Marvel’s Sebastian Stan, who plays Bucky Barns/The Winter Soldier.

While the names are listed in their relative popularity to each other, one has to wonder if these parents are receiving any level of backlash like the parents we had shared who faced harsh criticism when they decided to name their baby “Disney.” 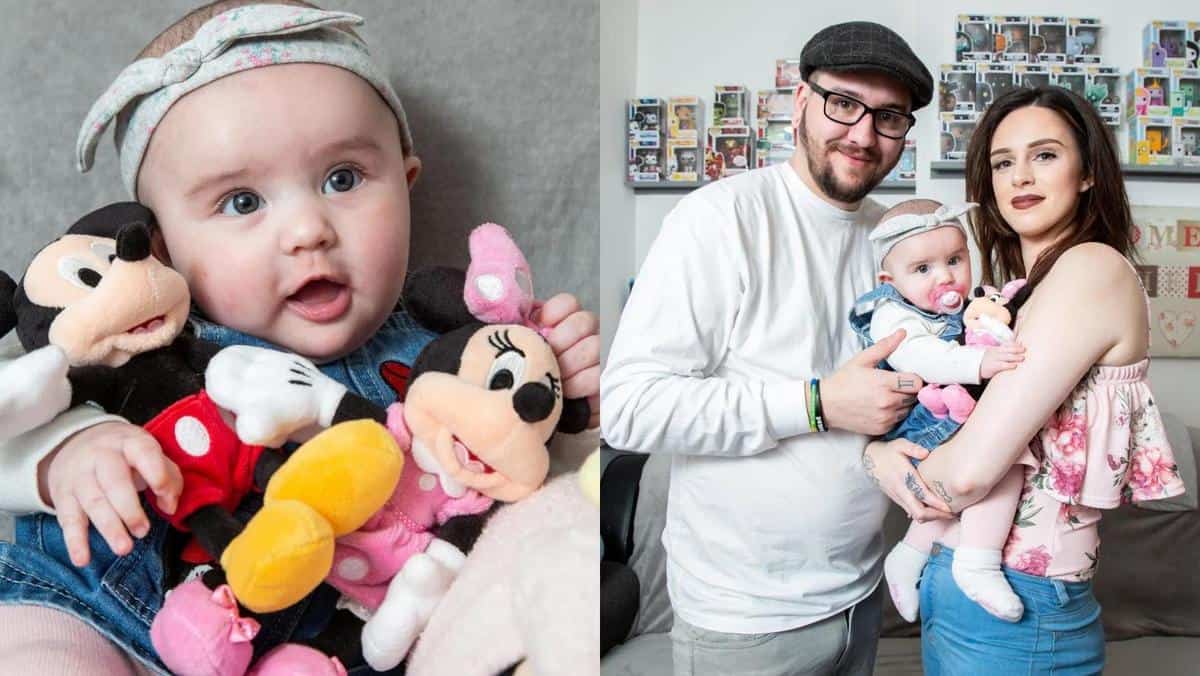