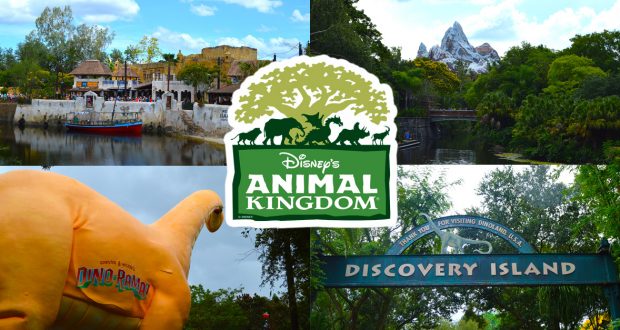 If you’re a newcomer to Disney, then you have probably already received some advice for your visit (use FastPass+, wear comfortable shoes, bring a smile!). But what about each individual Disney park, where themes and attractions combine to leave you with one heck of a to-do list? Fear not! Here are seven tips to help you get the best experience in a Disney park–specifically, Walt Disney World’s Animal Kingdom–so you’ll be heading into one of Disney’s most exciting, exhilarating, and eco-friendly locations with some preparation already completed. Have fun!

7) Focus on the safari and the animal exhibits in the morning. There’s a lot to do in this park, so there’s a lot that will be calling to you from your brochure–but Animal Kingdom is, after all, about the animals, and they will be raring to go in the morning just like you are! Experience the morning rituals of animals on the savannah during the entertaining Kilimanjaro Safari, and follow up with some of the exotic, animal-filled exhibits that are throughout the park. What better way could there possibly be to start your morning?

6) Use this park for shade on hot days. Florida is hot, for those few of you who didn’t know–and when you’re leaving your resort’s luxury behind for a sunny day-long expedition of Disney magic and wonder, a little planning can be crucial to avoiding heat stroke. Some parks (like Epcot) have less tree cover, which means that ferries and indoor rides are your main refuge; this is not an issue in the leafy and forested Animal Kingdom! When you’re faced with a particularly hot Disney day, head to this Kingdom for its shade–and don’t forget to avoid heat stroke in the usual ways, too: sunscreen, hats, sunglasses, and LOTS of water!

5) Be ready to get wet. The Animal Kingdom is ideal when it comes to cooling off, for a few reasons: one is the shade, as detailed in number six, but another is the Kali River Rapids. This water ride takes you spinning and dipping on a forest’s raging river, and is sure to provide you with that refreshing sprinkling (or dousing) that you desire in Florida’s heat! Because this ride is the perfect ‘wet’ experience on a hot day, save it for the afternoon–and then head to an open-air show like Flights of Wonder to dry off, instead of leaving behind damp seats on a ride like DINOSAUR.

4) Take your time. There is a lot to do and see at every Disney location, especially the Disney World parks–but because the Animal Kingdom has such a beautiful and lively landscape, it’s a particularly good park to experience with a slow pace. You never know what you might come across, whether it’s DeVine (the stilt-walking woman who blends into the forest), a Winged Encounters show, or even some lovely Floridian lizards in their native habitat!

3) Commit to a day in the park. Splitting up your days during a Disney trip is usually wise, especially since some parks really shine at night and others are more exciting in daylight. However, because the Animal Kingdom is focused on animals, you’ll get a much more varied experience if you stay for an entire day. By revisiting animals at different times, you’ll be able to observe them as they alternate between their resting periods and their active periods–providing both you and your traveling companions with some insight into the natural world’s daily patterns. Kilimanjaro Safaris has recently expanded to include nighttime safaris, too, allowing you to witness these patterns even after the sun has gone down!

2) Get some on-the-go food. Some parks, like the Magic Kingdom, have lots of indoor attractions; these attractions are spectacular, but food is usually unwelcome. Because the Animal Kingdom does not have as many indoor rides and shows as those other parks, you can eat in more areas there! Huzzah! Travel through the park with a turkey leg or ice cream cone in hand, leisurely eating as you go. Just be sure to properly dispose of your trash; there’s no room for littering (or prohibited animal-feeding) in Disney’s Animal Kingdom, and there’s no room for it in the rest of the world either.

1) Come at night, too. Whether you retreated to your resort for a midday nap or pushed through an entire magic-filled day, you’ll want to experience the Animal Kingdom’s nighttime attractions at least once on your trip. There are several new shows to see–including The Jungle Book: Alive With Magic, the Tree of Life Awakenings, and the upcoming Rivers of Light–and there are even music-filled festivities on Discovery Island! Ride Expedition Everest: Legend of the Forbidden Mountain one more time while you’re at it, too; Disney’s roller coasters are excellent in the dark.

Like any other Disney park, the Animal Kingdom has something entertaining and inspiring for people of all ages–but this park also stands out because it is inviting you to explore a very special kind of magic: the magic of nature. So pack your bag and grab your camera–with these tips, you’ll be ready to soak up the natural world’s wonders with Disney as your guide!

Sharon is a college student, animal lover, and, of course, a Disney Fanatic. When she's not writing about Disney or studying, Sharon spends her time singing, dancing, and relaxing at home with her dogs. Sharon lives in Massachusetts and is currently planning her thesis, "From Damsels to Divas: The Evolution of the Disney Female".