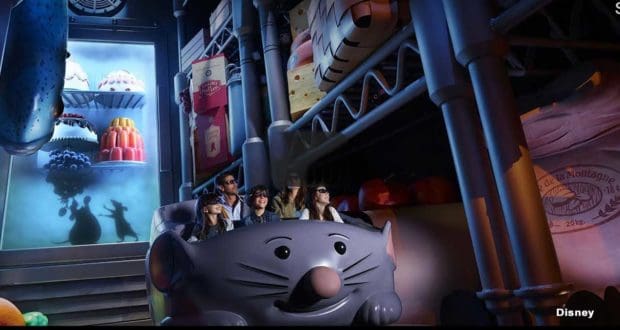 Is there any place more magical than the Walt Disney World Resort in central Florida? We don’t think so either, but thankfully, Disney’s Imagineers continue to reimagine and grow the park to ensure it consistently offers the most magic, the most excitement and the most cutting-edge entertainment possible. In fact, the most magical place on earth just keeps getting more magical. And even though it’s hard to hear about a new attraction on the horizon and then have to wait for its completion, we have to admit that the anticipation is part of the fun as well! If you’re feeling a bit out of the loop, or if it’s been a couple of years since you’ve visited the parks, check out these new things coming to the parks at Disney World over the next couple of years—we bet you’ll be just as excited as we are!

At D23’s Destination D event in November of 2018, it wasn’t just Mickey’s 90thbirthday that was celebrated. In fact, Chairman of Disney Parks Bob Chapek gave attendees a sneak peek at Disney’s new Riviera Resort. The fifteenth Disney Vacation Club Resort on Disney property will open in fall of 2019. The resort will offer Guests an amazing view of the fireworks spectaculars at some of Disney’s theme parks. The architecture of the new resort will be inspired by several different European influences. In 1935, Walt took his wife Lillian on a trip to Europe, and the architecture of this new resort will be a nod to that special trip so long ago. Walt loved the villages and castles he saw on their trip, as you can tell from some of the castles and other things in Disney films that were created after the 1930s.

Imagineers began work on the new attraction in September of 2017, and if you’ve been to the parks since then, you may have noticed a large building going up behind the France pavilion. It’s not in plain sight, but many of us watch intently as new things are being put in place at the parks. On November 17, 2018, during the D23: Destination D—Celebrating Mickey Mouse event, Chairman of Disney Parks Bob Chapek announced that the new ride had finally been named and will be called “Remy’s Ratatouille Adventure.” The ride will be an exact copy of the Ratatouille ride at Disneyland Paris.

As part of this 4D attraction, Guests will be shrunk down to Remy’s size—a lot like we are shrunk to toy size at Hollywood Studios’ Toy Story Land. Then we will have to dodge all kinds of dangers, which include the evil Chef Skinner. The setting for the attraction will be the giant professional kitchen inside Gusteau’s restaurant. We are really looking forward to this one, and we’re doubly excited because it looks like this attraction will be open before it’s time for Disney World’s 50th anniversary celebration!

It seems like it’s been forever since we saw the doors of the Great Movie Ride close forever. And while we were so sad to see that attraction go, the one incredibly consoling fact is that it was closed to make way for a fun new experience starring Mickey and Minnie! It’s about time! We’ll finally have an attraction starring the main mouse! Mickey and Minnie’s Runaway Railway is being built inside the space that housed the Great Movie Ride attraction at the Chinese Theater at Hollywood Studios for all those years.

We’re eagerly awaiting the opening of the new ride, which promises to be just as exciting! In this all-new “2 ½ -D” experience, Guests will board a rail car and jump through the movie screen into the world of a Mickey Mouse short cartoon where anything is possible. Kevin Rafferty—one of Disney’s Imagineers—has said that Mickey and Minnie’s Runaway Railway “is one of the boldest, most important things I’ve ever worked on in almost 40 years of being an Imagineer. It’s going to be game-changing!” As Disney fanatics, we love all things bold and game-changing, and now we’re even more excited! Currently, the opening date looks like late 2019—how exciting!

Thanks to Disney World’s new Skyliner transportation is going to be easier and less confusing. The new gondola system will take Guests from Disney’s Pop Century and Art of Animation Resorts to Hollywood Studios. Guests staying at Disney’s Caribbean Beach Resort will also be able to board a Skyliner gondola en route to Hollywood Studios. The system will also take Guests from the Caribbean Beach Resort to the new Disney’s Riviera Resort and then on to EPCOT. The gondolas have been designed to look like Disney characters are along for the ride too. Some of the gondolas have already arrived at Disney World, and we’re liking the way things are looking so far! We’re waiting patiently for Disney to announce that the Skyway is open for business!

The highly-anticipated new Star Wars-themed land at Hollywood Studios has finally opened at Hollywood Studios! The 14-acre land is called Star Wars: Galaxy’s Edge and the land offers Guests a fully-immersive experience, likely meaning that if you’re a Star Wars fanatic, you won’t have lived until you’ve been to Disney World’s new land. The new expansion will include two all-new attractions. In one of the attractions, Guests will be able to realize their dreams of piloting a Millennium Falcon. Guests will be able to dine at Docking Bay 7, get a drink at Oga’s Cantina, build a droid at the droid depot and even encounter the likes of Kylo Ren and BB-8. The new land houses Black Spire Outpost which is found on the planet of Batuu at the galaxy’s edge. So tap into the force, visit Hollywood Studios and you’ll see what all the fuss is about! 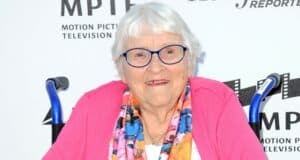 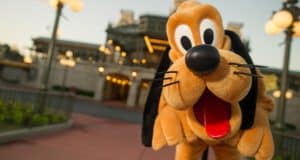