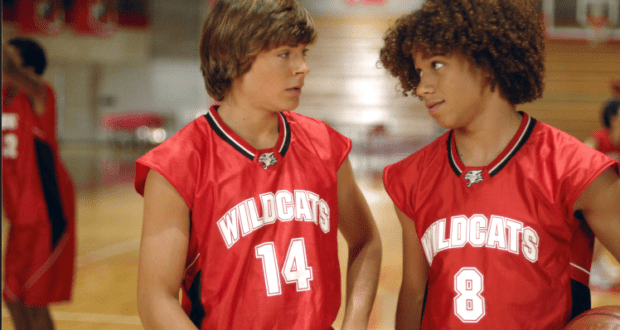 Tim Federle is the executive producer for the third season, which apparently “is set at Camp Shallow Lake, a family-owned sleepaway camp in California, as the Wildcats and their fellow campers stage a high-stakes production of Frozen to determine who is ‘best in snow'”. Yes, we can expect plenty of Frozen hits like “Let It Go” and “Into the Unknown”! 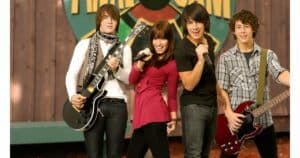 Demi Lovato and the Jonas Brothers in the 2008 movie ‘Camp Rock’ Credit: popsugar.com

There will also be songs from the Camp Rock movies and the High School Musical franchise. Corbin Bleu (the original Wildcat Chad Danforth) and Jason Earles (better known as Miley’s brother Jackson Stewart on the Disney Channel show Hannah Montana opposite Miley Cyrus) are two guest stars that many Disney Channel fans will love to see!

Another guest star is Meg Donnelly, best known for the 2018 Disney Channel Original Movie Zombies and its sequel. Series regulars who are returning for the third season are: Joshua Bassett as Ricky, Matt Cornett as E.J., Sofia Wylie as Gina, Julia Lester as Ashlyn, Dara Reneé as Kourtney, Frankie Rodriguez as Carlos, Kate Reinders as Miss Jenn, Olivia Rose Keegan as Lily, and Olivia Rodrigo as Nini.

Apparently, Corbin Bleu will be making a cameo as himself, not as Chad Danforth. Meg Donnelly is not playing her Disney Channel Original Movie character, either; instead, she will play Val, “a confident and funny college student and longtime camper-turned-counselor-in-training, who is ready to choreograph the summer production of Frozen“. Jason Earles will not be replaying his role of Jackson Stewart from Hannah Montana, either: he will be Dewey Wood, “the stone-faced, killjoy of a Camp Director of Camp Shallow Lake”. 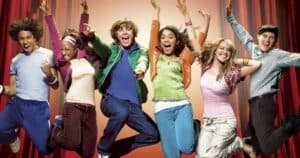 Some newcomers in the cast are Adrian Lyles, who plays “the mysterious new kid” Jet. Saylor Bell is playing Maddox, “a bright-eyed, quick-witted techie, who always follows the rules”. Adrian might be a new name for many viewers, but he is “a recipient of the prestigious YoungArts Award by the National Foundation for the Advancement of Artists” and has been acting professionally since he was only four years old (not to mention playing the piano since he was three). 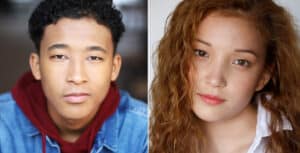 Saylor Bell might also seem unfamiliar, but she’s been featured on several TV shows (including Disney Channel’s 2014-2015 show I Didn’t Do It).

If you’ve always longed for a rendition of the Frozen soundtrack from Broadway veteran Corbin Bleu, then it looks like you’ll be in luck with the third season of this Disney+ original series! Have you seen this series, or did you just stick to watching the original 2006 High School Musical Disney Channel Original movie?