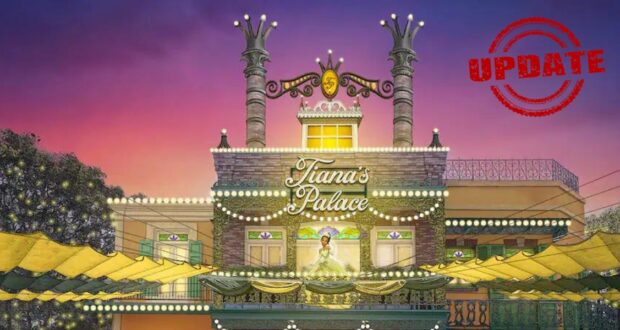 We are just days away from Splash Mountain finally closing at Disneyland and Magic Kingdom to make way for the all-new Tiana’s Bayou Adventure, and with it will come even more New Orleans magic, especially at Disneyland Park. At the D23 Expo last September, it was revealed that Disneyland would not just get a new ride in Critter Country, but its New Orleans Square area would be transformed for Princess and the Frog. The plans included the addition of Princess Tiana’s restaurant, Tiana’s Palace.

Today, Walt Disney Imagineers gave fans their first look at what to expect. Check it out! Related: ‘Princess and the Frog’ Boutique Opens in Disneyland

Tiana’s Palace will be the newest restaurant on Orleans Street. Within its peach-colored walls and fancy green wrought-iron balconies, you’ll find elegant fixtures and appointments reminiscent of Tiana’s life and friendships. The new Tiana’s Palace will have much of the same pinch of pizzazz and flair as the restaurant from the film, offering authentic New Orleans flavors inspired by Tiana’s friends and adventures in this quick-service style restaurant. 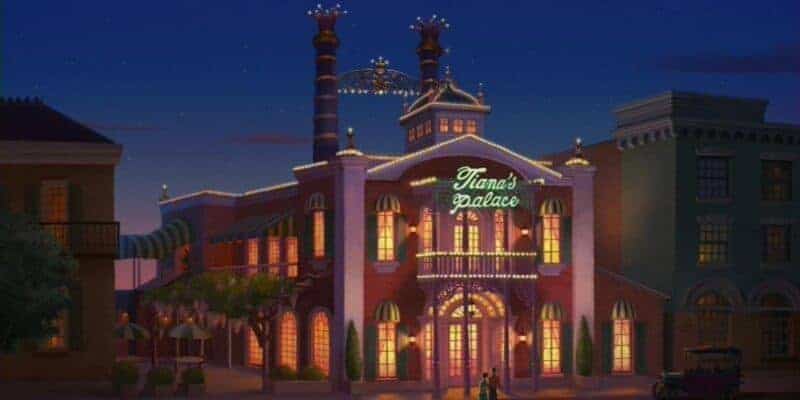 Tiana’s Palace will be replacing the French Market Restaurant, which is expected to close on February 17, 2023, but it appears that the Mint Julep Bar will be spared. Would-be Disneyland Guests will either be happy or disappointed to learn, however, that Tiana’s Palace will be a quick-service restaurant and not a table-service character dining experience. But Disney Parks promises that it will still offer a menu and experience that would make Tiana’s daddy, James, proud.

Tiana’s Palace restaurant is expected to open at Disneyland Resort later this year.