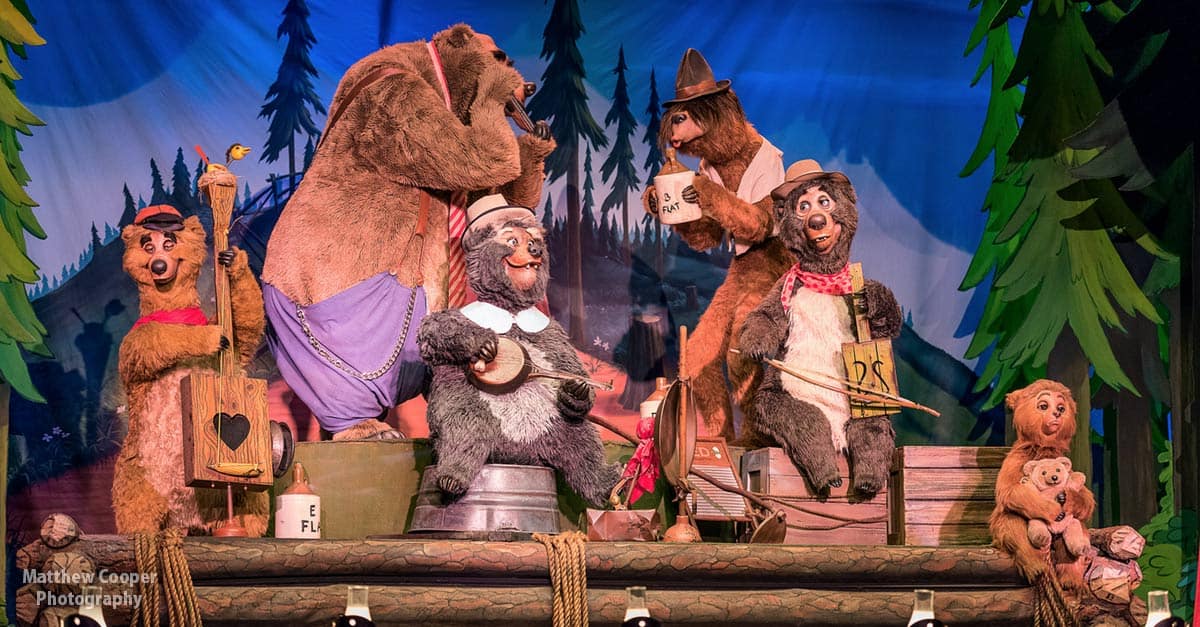 Did you know that this well-loved classic was the very last one in which Walt Disney personally assisted in developing? The show was originally intended to be an entertaining element for Disney’s planned Mineral King Ski Resort in the 1960s. But the resort was never built. However, with the grand opening of Walt Disney World’s Magic Kingdom Park in 1971 the show found its new anchor and has been a mainstay tradition ever since. The crazy cast of critters includes a range of animatronic figures, mostly Country music-loving bear performers but also introduces interactive animal heads on the wall, conversing with the stage players. An adorable and entertaining show for all ages, you can’t “bear” to miss an experience like this.